Curtis Woodhouse’s injury hit side showed great bouncebackability on Tuesday night under the lights at the Northolme, to return to winning ways and make it nine points from an opening fifteen in the PitchingIn Northern Premier League. Woodhouse handed a first start to Lewis Dennison on the right hand side of the attack, in for injured winger Rod Orlando-Young, while James Williamson came back in following injury for Kamarl Grant. Martyn Woolford and Alex Wiles replaced Luke Lofts and Jake Scott in the starting eleven. Young under 21s skipper, Taylor Karkach made the bench for the Holy Blues.

The patched-up side, featuring four in the starting eleven, who wouldn’t have played, but for a threadbare squad, fell to an early Jon Ustabasi strike on twelve minutes, but exuded grit and steel, to turn the game on its head before clinging on in for three welcome points. The Holy Blues were soon level through veteran Martyn Woolford. Converting from close range after a Lewis Dennison delivery from the right gave the ‘keeper no chance.

Perseverance from Dennison then saw Celtic hero turn villain as Ustabasi made a mess of a back pass, with Reco Fyfe alert to pounce on the loose ball and slot past Stewart in the opposition goal to give Trinity breathing space. Trinity added a third, as Fyfe was again the right man in the right place. Dennison got to the by line on the right and fizzed a ball across the face of goal. It was too hot for the ‘keeper to handle and Tyler Hamilton unselfishly squared for the former Ilkeston Town man to net his second of the evening.

On the stroke of half-time though, Celtic reduced the arrears when Charley Doyle reduced the areas, heading home at the back post from an Ustabasi cross to the back post. Shortly after, Fyfe got the other side of Makinson, but he snatched at the opportunity as a first half hat-trick looked possible; the composure lacking on this occasion for the busy forward. Half time, Gainsborough Trinity 3, 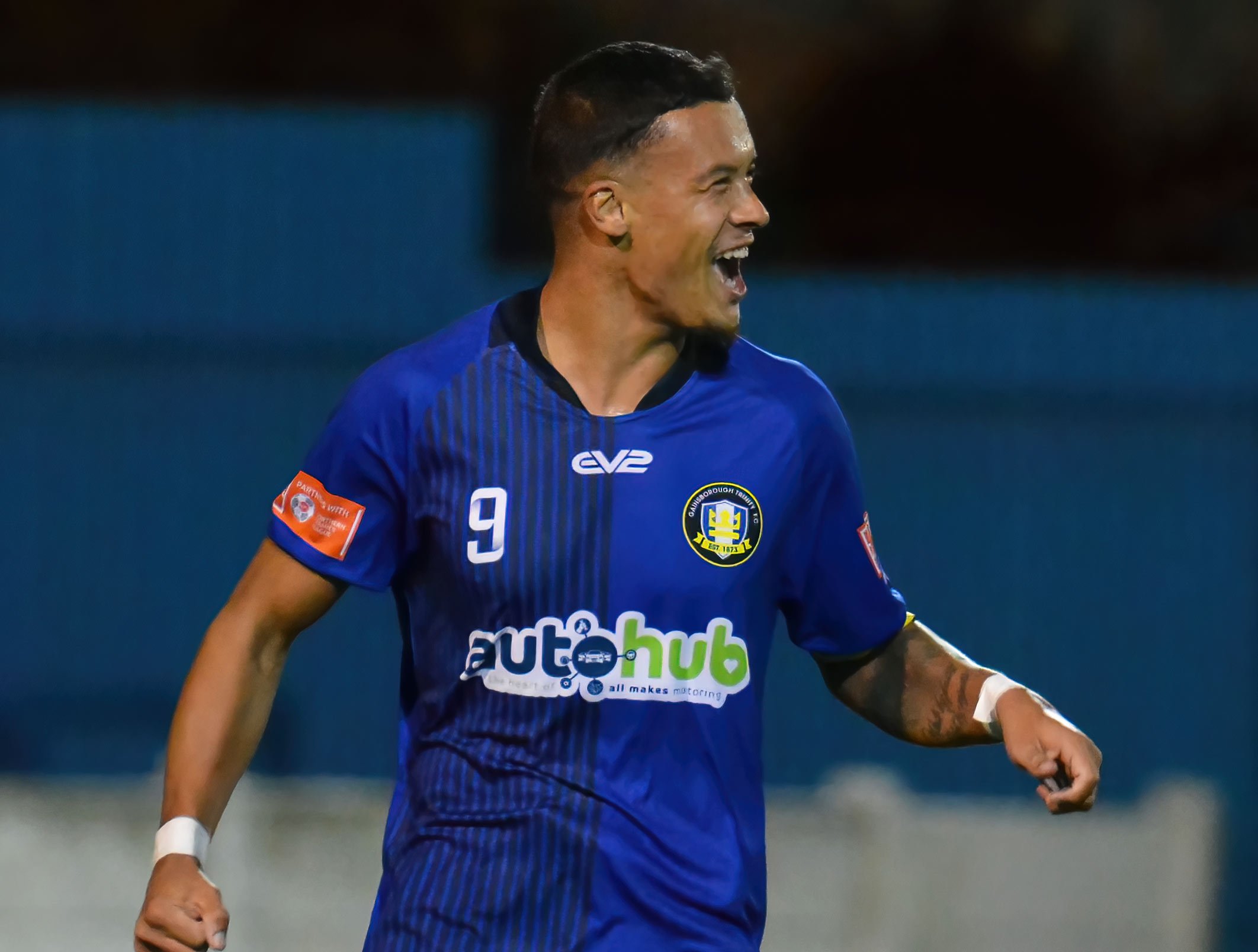 Woodhouse made an enforced change at the break, replacing Tyler Hamitlon with Luke Lofts, but Trinity were set to have to absorb a lot of pressure in the second period, as the visitors went out in search of an equaliser. Ustabasi ruffled the side netting early in the half, having played a neat one-two with Nic Evangeliono, before the number seven couldn’t quite direct his header goalwards. The visitors caused the Holy Blues problems as they attacked, but Trinity dug in and looked to preserve their advantage.

Luke Lofts was felled as he sped into the box, but the referee Mr Jones, after consulting with his Assistant on the near side, gave the free kick six inches outside the box. Simon Ainge and James Williamson stood firm at the back, blocking and putting their bodies on the line as balls rained into the Trinity box. Chances came and went for Celtic as Callum Harris and the goal scorer Doyle saw efforts deflected behind.

Tom Jackson made a brilliant save low down to deny Evangelinos after the visitors attacked down the left, and he was out smartly again to smother bravely. The Holy Blues saw out the Celtic onslaught, repelling everything that the visitors could muster to make it nine points from fifteen, representing a solid start to the season for the Blues, with plenty still to come from Curtis; new look side! Full time, Gainsborough Trinity 3, Stalybridge Celtic 2.