Gainsborough Trinity picked up the first win of 2022 with a home victory over local rivals Basford United at the Gainsborough Martin and Co Arena, on Saturday. Dec Bacon firing home his second in two Northolme outings to make it four points from three games in a hectic seven day period for Tom Shaw's men. Shaw made just the one change from the side that lost to Nantwich in midweek, as Toby Gould started in place of leading marksman Bradley Grayson. The striker not risked, having picked up a knock against the Dabbers. Jovon Makama again startef through the middle, while Lewis Carr and Cieron Keane came up against their former employers. Theo Hudson and Cameron Johnson were named amongst the substitutes, as the Holy Blues looked to continue their fine run of home form.

Trinity started the game brightly, forcing several corners in the opening period. And with Makama leading the line effectively, the Basford back line knew they had been in a game, even if Jordan Pierpoint in the visiting goal was never really tested. Trinity shaded the opening half an hour, but it took a combination of alert and determined defending by George Hornshaw to prevent Revernall James from getting a clean strike away as he bore down on Yates in the Gainsborough goal.

As Makama continued to torment the Basford backline- and in particular Owen Betts, the right back conceded another free kick, which Keane whipped in from the left. The ball avoided everyone, but fell for Callum Minkley. The centre back lacked composure though, as unmarked, in acres of space, he lashed over the bar. With half time approaching, Makama looked to get in down the left, but Pierpoint swept up well. Alex Wollerton looked to lift the ball into the empty net from the Carlilse Street touch line, but Ryan Wilson made the block to ensure the sides went in level at the break. Half time: Gainsborough Trinity 0 Basford United 0.

After James was fouled on the edge of the box, Ryan Wilson wasted the opportunity to test Matt Yates' goal, as his effort flew over the wall and the cross bar. On the hour, Roma again threatened to come back to haunt his former club as he rose highest to he 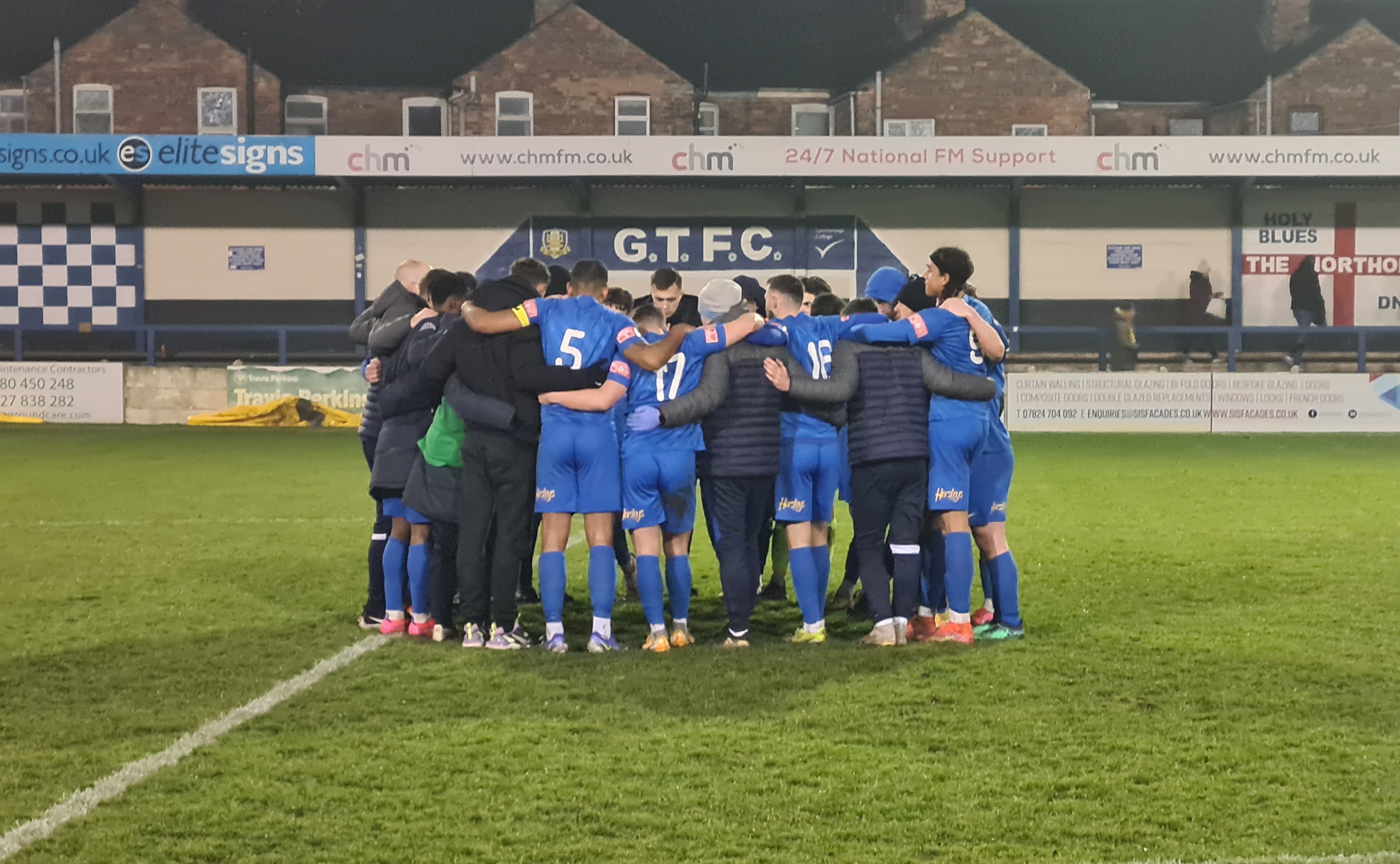 ad goalwards from a corner, but Yates did well to save bravely through a crowded box. Kane Richards, who had been largely anonymous in the opening seventy or so minutes, finally sprung to life in the final quarter of an hour. A burst of acceleration took him beyond the Trinity backline, but substitute Marcus Marshall snatched at the chance.

Richards then latched onto Thornhill's through ball, but couldn't hit the target when well placed. Thornhill then managed to dig out a cross to the back post, a minute later, but Richards' looping header back across goal, brought the best out of the back pedalling Yates to tip the ball over the bar.

Trinity would make the visitors pay for not taking their chances, when Hornshaw found Wollerton. Wollerton in turn released Cameron Johnson. The new man, formerly of Stamford, scampered away down the right. As he committed the defender, Wollerton again took up the running, got to the by line and dissected the Basford six yard box. His cut back, unerringly drilled home by the gleeful Bacon, driving past the helpless Pierpoint, to give the Holy Blues the lead.

Rev James got down the left, to cross for Marshall, but Yates flung himself brilliantly to his left to tip the subs' header behind for a corner. And with that, came and went the visitors last chance to grab a share of the spoils. Tom Shaw's men navigating a mamouth six minutes of stoppage time, to secure a welcome three points.