Ashton United left it late to grab all three points at Hurst Cross as Harry Coates and Florain Yorsian cancelled out Jovon Makama's first half strike, to leave the Holy Blues looking over our shoulders. Three changes to the starting line up, saw Joe Parkin, Cieron Keane and Toby Gould dropped to the bench. Freddie Draper making an immediate return following his one game ban, while Tom Cursons was handed a start, as Morgan Worsfold-Gregg was restored to the starting eleven.

Gainsborough started on the offensive, when Neal Bishop headed over, when well placed. Before Ashton started to ask questions of the visitors through a series of set pieces. Jovon Makama was causing the Robins problems though, with his pace and close control - and it was the on loan Lincoln City man who would break the deadlock. Trinity took the lead on nineteen. More magic from Makama saw him ghost past three challenges, cutting in to finish right footed past Hartley. Making that his seventh goal for Trinity in thirteen starts.

Morgan Worsfold-Gregg then nearly doubled the Gainsborough advantage when his free kick from out on the touch line forced the goalkeeper to back pedal and tip over for a corner. The visitors couldn't make the corner count as Callum Minkley's connection was weak. Makama was giving the home side all sorts of problems as he linked with the midfield. But he was unable to test the 'keeper after initial good work.

Ashton continued to look a threat from set pieces and had the equaliser. A soft free kick was awarded, seeing all action Elicha Ahui into the referee's notebook. And the Holy Blues were punished further as Harry Coates was found room in the box to head home Jack Redshaw's freekick to the back post. George Hornshaw threatened on a raid down the right, but his cross on the run drifted all the way through. And Gainsborough ha 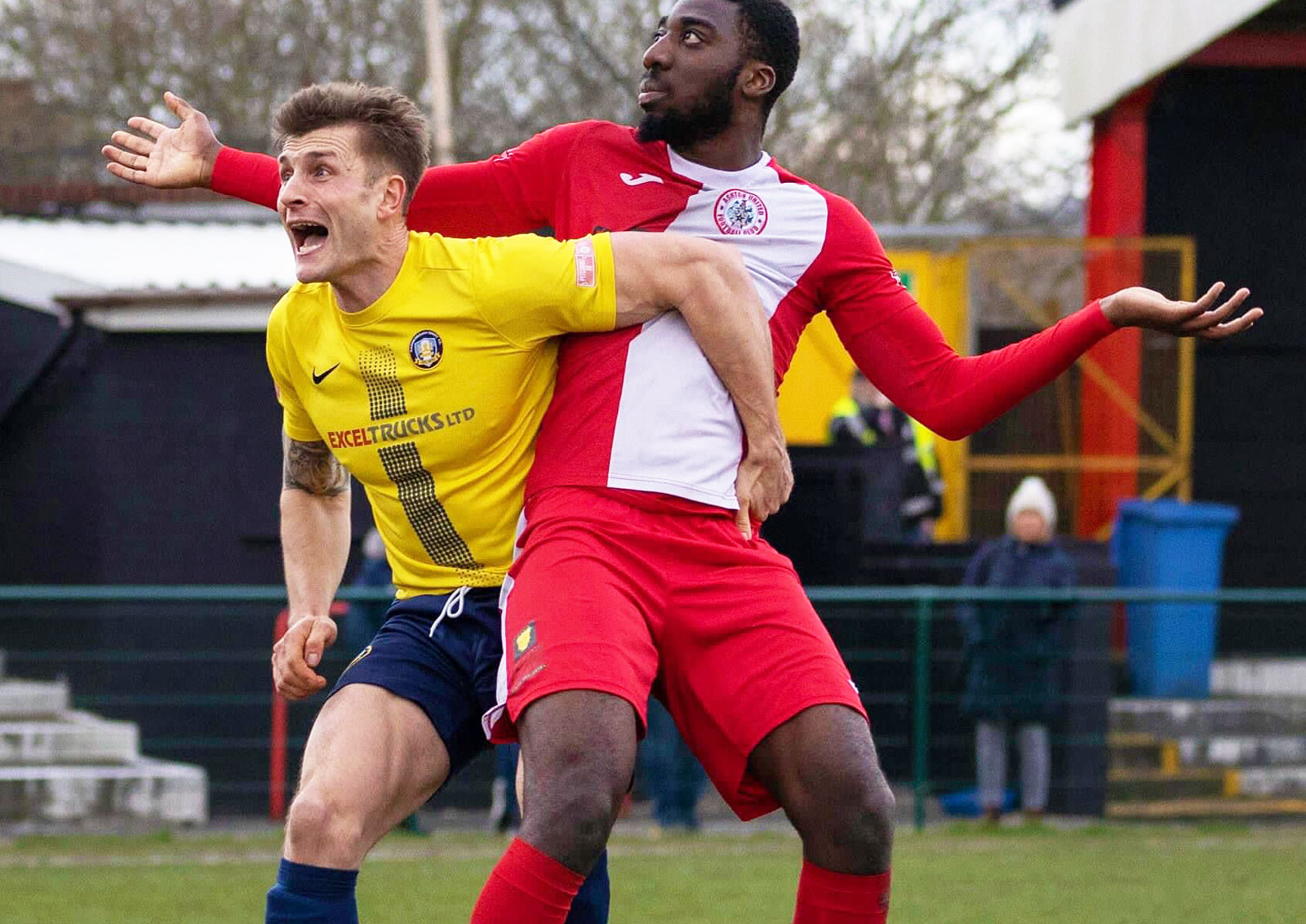 d to navigate another late corner, as over zealous pressure saw the man in black award the Holy Blues a free kick and relieve the pressure, going in at half time level.

Trinity began the opening ten minutes of the second period on the front foot, but Worsfold-Gregg's twenty-five yard free kick didn't trouble the Ashton goalkeeper. Freddie Draper then battled well up top and found Makama, only to see the opening goalscorer drag his effort wide of the goal. Draper then had a sight of goal, but couldn't find the target when well placed.

Ashton retorted, as Ben Hardcastle and Florain Yorsian both had efforts charged down on the edge of the box. Substitute Tom Bentham then called Yates into action from fuly thirty yards, before at the other end Prosper Keto and Makama again saw close range efforts blocked.

The second Robins' substitute Abadaki then got on the end of a searching Hartley free kick, but he blazed high and wide when well placed. Freddie Draper wasn't shirking his defensive work as he cleared the danger on more than one occasion when back defending set pieces, but despite deserving something from the game, Ashton struck late to break the Trinity resolve. Bentham slid Yorsian through and he slotted under Yates as the board registered three additional minutes of playing time. Harsh indeed, but a case of missed chances when on top coming back to haunt Tom Shaw's Holy Blues.