Gainsborough Trinity made it back to back clean sheets on the way to completing our second home and away double of the season with a monumental effort away at Atherton Collieries. The three points tonight (Tuesday) added to the Nantwich point at the weekend made it four points in three days to climb four places in the table. Prior to Trinity getting their noses in front, the Holy Blues were indebted to the brilliance of Matt Yates. The former Derby County youngster doing brilliantly to fly across the face of his goal to beat behind Marcus Cusani's thumping header.

It was 171 (one hundred and seventy one) days since the Holy Blues last tasted victory on the road, but who’s counting? As Tom Shaw's side stood up to the test, soaked up the pressure and took all three points when Isaac Rice stabbed home Cieron Keane's left wing corner. Already struggling with an injury, Stefan Galinski was replaced immediately after Trinity had gone in front, forcing a reshuffle. Veteran, Bishop, slotted in at centre back, while goal scorer Rice puffed out his chest, grabbed the armband and put in the performance of a true leader that belies his tender years.

Shaw's Trinity came of age and ground out a performance that lacked quality, but was more than made up for in heart, steel, passion and desire. A lively pitch and a man in the middle frequently on the whistle, prevented the game from really developing any real flow, as Trinity defended resolutely. Minimising efforts on Yates' goal.

The Colls put Trinity under great pressure without really troubling Yates, save for a couple of routine fields. And it was the same in the second period as the home side exerted pressure without really unlocking the visiting defence. Twenty minutes from time, the Colls won a free kick twenty yards out to the left of goal. Atherton substitute Rokka got the ball up and over the wall, bu 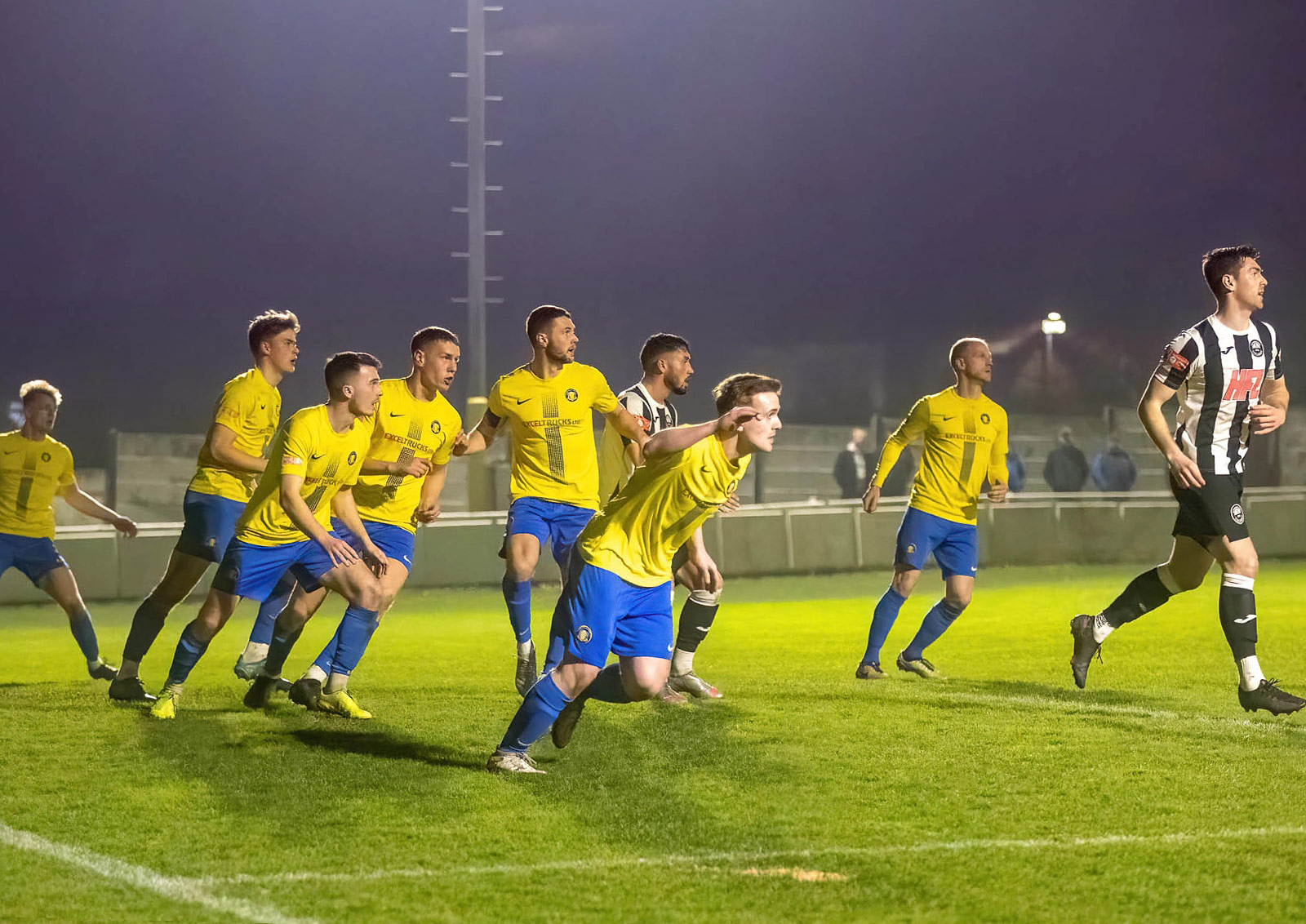 t Yates had the effort in his sight and good footwork meant the save was comfortable.

Tom Cursons and Toby Gould were thrown on to offer fresh legs in the closing stages, replacing the hardworking duo of Draper and Makama, Cursons leading the line to get affect, getting Trinity up the field. Lenehan hit a dropping ball from twenty yards, which with the aid of deflection, was well clear of Yates' cross bar. And with the home 'keeper up from the back for the resultant corner - even he couldn't find a way through the stubborn Trinity rear guard.

Navigating four long minutes of added time, the travelling Trinity faithful were rewarded for their persistence with a hard fought, well-earned three points. A night where every player in Gainsborough colours can be proud of the shift they put in. From one to eleven, and substitutes, the side really was, in it together!