Wearing their new, vibrant pre-season kit, an experimental Gainsborough Trinity side, naming eight trialists in the starting eleven, opened their pre-season campaign against a strong Lincoln City side. The Holy Blues falling to a four-nil reverse at The Dave Longstaff Martin and Co Arena, in front of a bumper crowd of 1,246 – a financial boost to the coffers that will certainly help Management Duo Neal Bishop and Damon Parkinson, as they look to produce a side capable of improving on last season’s league position.

The starting line up saw Trinity name three of their signed players, with Isaac Rice starting at left sided centre back, Liam Waldock started in midfield, alongside new signing Andrew Wright, with the former Mickleover man leading out the side. A familiar face also started at right back, but until signed, his name is to be kept from a report. Gainsborough Trinity Under 21, Harvey Rodgers was amongst the substitutes, as were Matt Yates, Brad Grayson, Joe Parkin and Tom Cursons

The Imps, fielding several players to pull on the Blue of Gainsborough last season made the bulk of the running in the opening period. Sam Long, Hayden Cann and Jovon Makama playing in the first half, before wholesale changes at the break saw further familiar faces, with Morgan Worsfold-Gregg, Elicha Ahui & Billy Brooks all appearing for the League One side.

Despite the visitors making the early running, Trinity were competitive and able to keep their shape, restricting the visitors to shots from range. A routine save for the young trialist between the sticks, warmed the youngsters’ hands, before he flew into action, making a flying save to deny Charles Vernam, who arrived late, to connect well with TJ Eyoma’s cut back from the right. 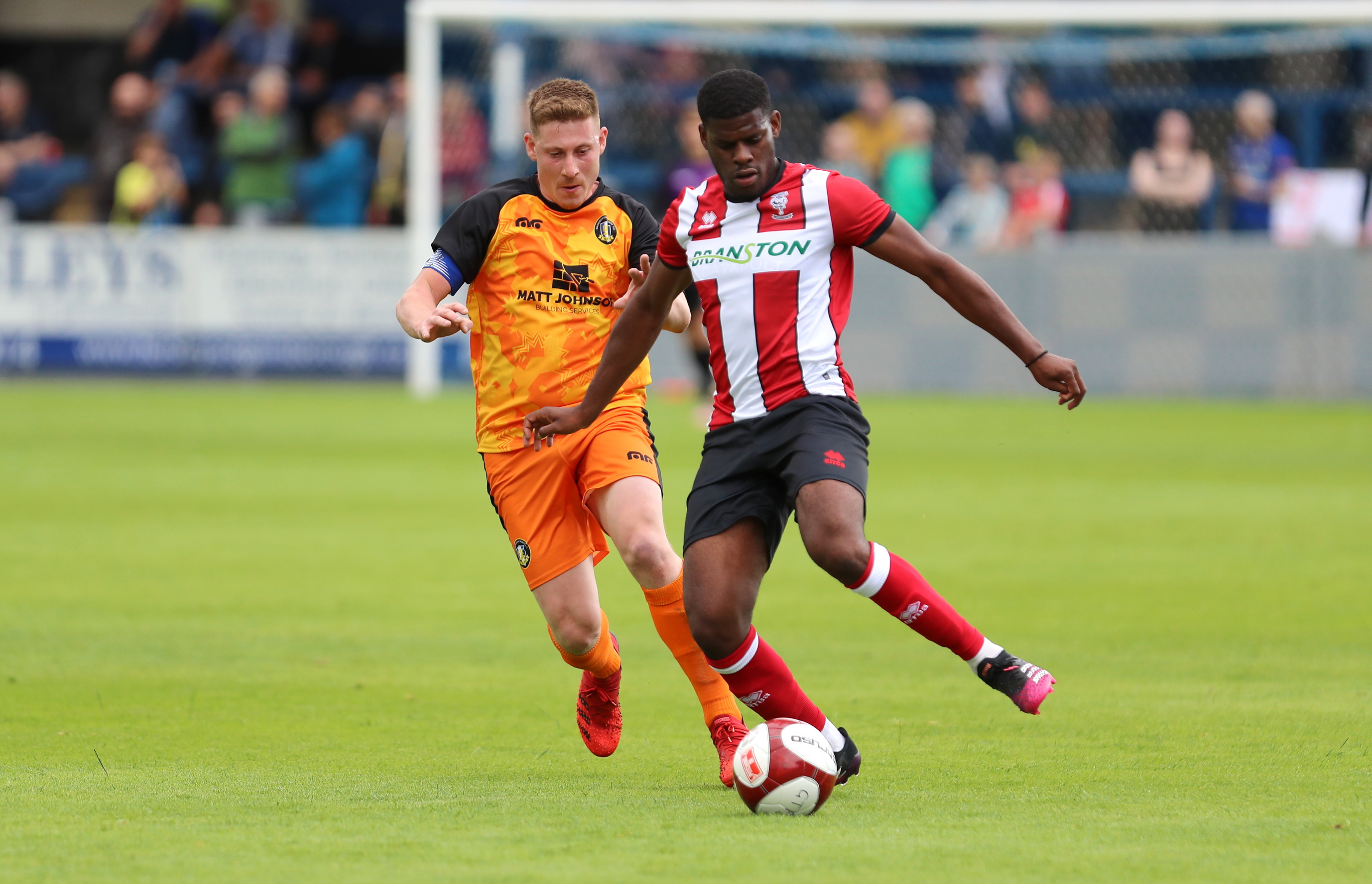 after, another positive raid from the orange clad Holy Blues, this time down the left, saw a low ball played in across the face of goal, only for the effort to be swept over the bar. Composure in the final third not quite there for Bishop and Parkinson's side.

Andrew Wright was the first to test Long though, as his thumping 25-yard free kick through the wall, was well held, after a promising Gainsborough attack was rudely halted.

Ted Bishop then saw a couple of efforts blocked by brave Trinity defending after the Blues didn’t clear an initial cross from the left, but six minutes before the break, Lincoln had their breakthrough, Bishop’s glancing header from Vernam’s cross gave the goalkeeper no chance.

And three minutes later, Lincoln doubled their advantage, full back Sean Roughan with the crisp finish, in off the post.

Changes aplenty for both sides at half time saw Trinity grow into the game more, but Lincoln looked a constant threat on the counter, with Trinity looking to play out from the back, an early ball forward from the Imps’ midfield saw Tashan Oakley-Boothe flick on, and Charley Kendal lifted the ball over the stranded Matt Yates to give the Imps a three goal cushion. Ten minutes from time and Grayson hit the bar from a sublime, curling free kick to the right of centre.

Shortly after, Tom Cursons, on as a second half substitute, produced a determined run down the left, cutting inside onto his right, he saw his effort charged down. And alas, there was to be no goal for the home side to cheer Former Trinity loanee Billy Brooks put the icing on the cake for the visitors as he made it four two minutes before full time, arriving late to nod past Yates from Ben House’s right-wing centre