Gainsborough Trinity travelled to Newark in cooler temperatures than the recent 40 degree heatwaves and put in a hardworking display where the Tangerine clad Trinity created plenty, but only had the one goal to show for their efforts as Town levelled late on, on the counter attack. Liam Waldock was back in the starting line up for Trinity, and in advanced midfield role was able to get forward freely.

An early escape down the left, the former Sheffield Wednesday prospect delivered a dangerous ball into the six yard box. The keeper failed to get a clean grip of the ball, and Trinity saw two subsequent efforts blocked by brave defending. Trinity opened the game well, popping the ball around well, as understanding grew between the men in orange. Andrew Wright released Prosper Keto down the right, and the overlapping full back picked out Clayton Donaldson, but the experienced front man couldn't hook his effort goalwards.

Jack Dyche had a sighter, that drifted wide, before Donaldson didn't make a full contact after a patient build up. Joe West at left back was finding space to exploit down the left, and his skimmed ball across the face of goal was crying out for a finishing touch. With just over a quarter of an hour on the clock, Donaldson again showed supreme movement as he found space between the full back and left sided centre back. A perfectly timed run saw the experienced striker look up - see the 'keeper off his line, but he couldn't get his effort up and down quickly enough to rufflle the onion bag.

Newark shot a warning towards the Trinity backline as an effort was fizzed over Yates' crossbar. But Neal Bishop and Damon Parkinson's side were back on the front foot again shortly after as Dyche again looked to trouble the home custodian. The trialis 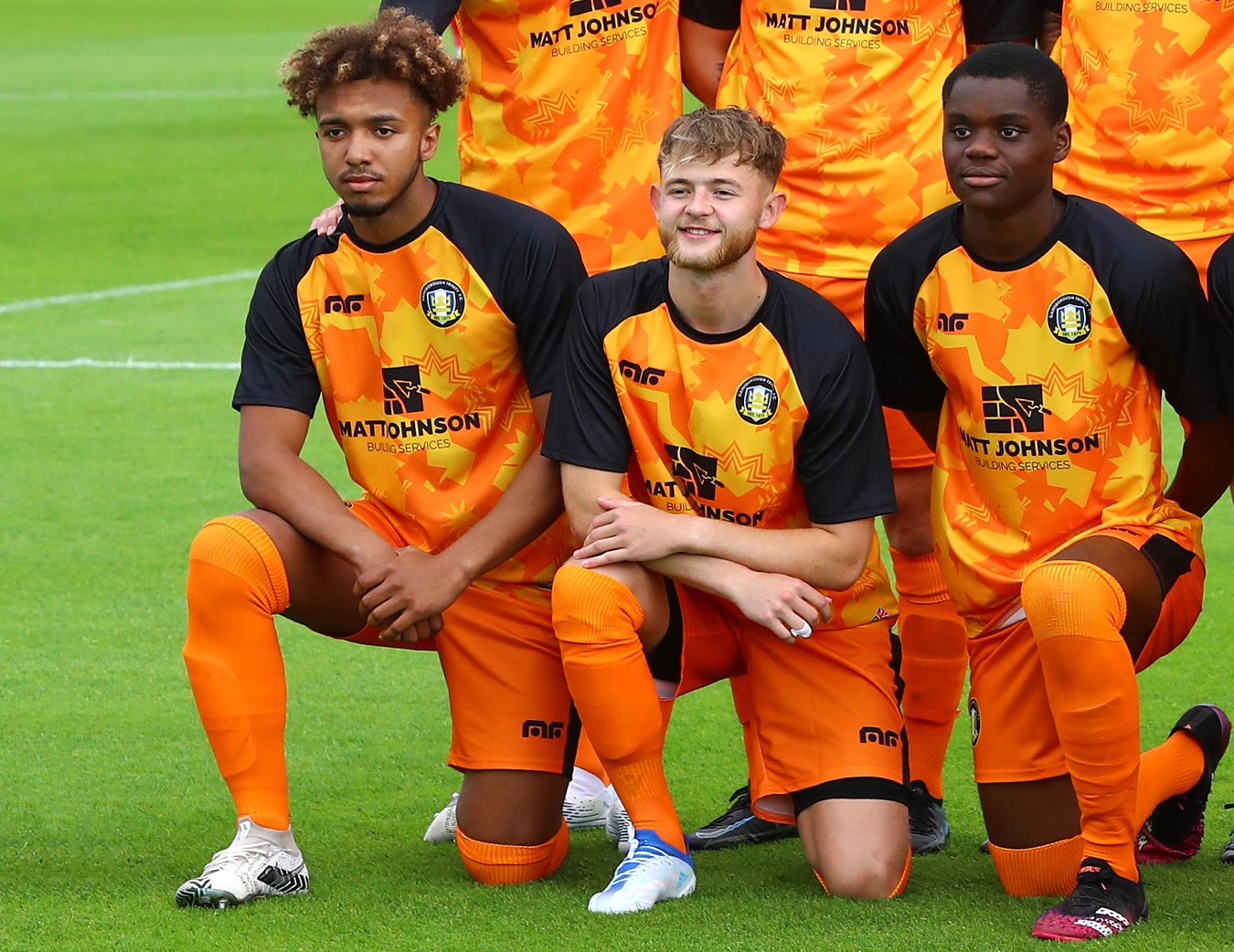 t right winger tested the keeper next before West created room for Waldock to sting the palms of the home shot stopper. The Holy Blues were creating, but not converting their chances.

Just past the half hour mark and Newark almost opened the scoring when the home sides' full back, a GTFC U21 trialist was fouled. From the freekick Yates was thrust into action to make a smart save down to his right. A free header that could have seen Gainsborough punished. A couple more skewed efforts for both sides as the half drew to a close without the score line being altered - and the chance for the management to make one or two tweaks. Half time: Newark Town 0 Gainsborough Trinity 0.

A change at the break, added to Grayson's introduction on the half hour mark saw Brad involved right from the restart. He cut in from the right, kissing the roof of the bar as he looked to open the scoring. Quick thinking from Grayson from a corner saw him play in Keto who was able to flash a cross come shot towards the goal. Despite the best efforts of the retreating Newark defender, he only proceeded to help the ball into the roof of his own net. Immediately after finding the breakthrough, Keto was replaced.

And Grayson continued to play with drive and vision. At pace he carried the Gainsborough attack forward, but at full tilt couldn't quite find the pass to release Donaldson. He then needed no second invitation as he flashed a snap shot over the bar having done well to get the ball out from under his feet.

A couple of minutes later though, Newark had a great chance to equalise as two defensive errors compounded themselves. The home forward lifting his effort over the advancing Yates, only to see the ball bounce agonisingly the wrong side of the upright. A let off this time for Trinity, as more substitutes added to the fray, making the half more fragmented and disjointed.

Ten minutes from time, Newark had the equaliser their toils had deserved. They had created chances on the break - and had to absorb a lot of pressure with Trinity on the ball. A defence splitting pass so the number 16 race through and find a way past Yates to level things up. The Tangerine Trinity pressed again, looking for a winner, but a couple of Keane corners didn't find their way through - and a ferocious thirty yards fizzed and dipped - but didn't nestle between the sticks - and Parkinson and Bishop had to settle for a draw.