Brad Wright and Clayton Donaldson were in the dugout for this one, as a youthful looking Gainsborough side took to the field against Barton Town at the Easy Buy Stadium. Cieron Keane, Joe Parkin & Darius Smith were the recognisable first-teamers needing additional minutes of playing time ahead of the new season, while trialist Masai Arbouin signed for the club following the game, having impressed throughout pre-season, so far.

A number of trialists also featured, whilst the remainder of the squad included players from the successful Gainsborough Trinity U21s, with the youngsters being rewarded for their efforts with the opportunity to represent Trinity in a first team friendly fixture. Ethan Cowan started the game between the sticks, keeping a clean sheet with an assured first half performance, that saw him further rewarded with a clean sheet.

The Tangerine Trinity opened the scoring when Masai Arbouin (8) split The Swans' defence wide open, with a perfectly weighted through ball that caught home custodian Tom Nicholson, in no man's land as Tommy Dunderdale, the Gainsborough number nine, timed his run to perfection and poked the ball home.

Cowan was called upon to make a smart save from a direct free-kick, before the visitors doubled the advantage through a moment of brilliance. Ted Gibbons released the trialist left winger (11) on the outside, with the Dutch national beating Nicholson from the left hand corner of the box with a thumping effort on twenty four minutes.

The scorer then turned provider for the recently unveiled Darius Smith to score. The winger (11) not giving up on a lost cause as he raced from left to right to win the ball, beat his man & get his head up to pick out Smith, who with the aid of a slight deflection, saw Trinity in the driving seat. 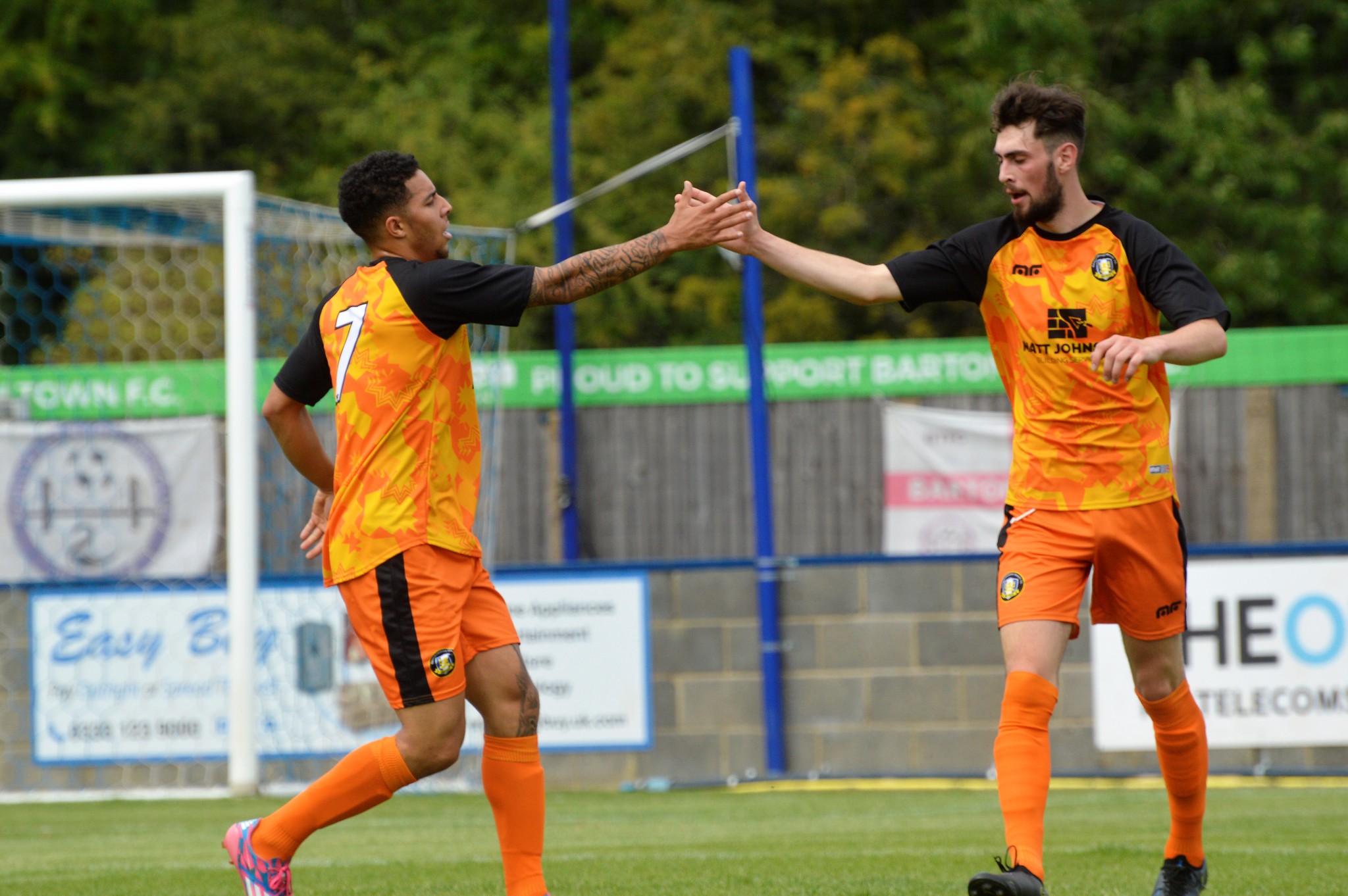 On the stroke of half time, Smith dug out a cross from the right and making a neat near post run, the late arrival of Arbouin, saw him stoop to head home, just inside the near post. And at the interval, Gainsborough went in four goals to the good at The Easy Buy Stadium.

Oliver Ford replaced Cowan in goal at the start of the second half, Kyle Simpson also entered the fray amongst a number of other young hopefuls. And  Trinity started the second half how they had finished the first, looking for goals in the warmth of the Humberside sun. Gainsborough got away down the Barton left, their right back not managing to hold the high defensive line, before the Simpson slipped the ball across to his strike partner, who had the freedom of the penalty area to roll home.

Six minutes later and Trinity had a sixth. Arbouin swung over a peach of a cross for his third goal involvement of the afternoon. The substitute forward netting his second of the afternoon, with a well taken close range header. You could be forgiven for thinking at this stage, how many will this rampant Gainsborough side put past this Barton side?

But Swans' manager Nathan Jarman rallied his troops - and sent on a couple of experienced heads including himself & Danny North in the latter stages. This knowhow paid dividends as the home side reduced the arrears. Nineteen minutes from time, the second half 'keeper was given no chance as the ball was hammered home from within the penalty area, Trinity didn't clear their lines. Jarman, who a moment or two earlier tried his luck with an acrobatic bicycle kick, that flew just past the stationary goalkeeper's right hand upright again found space in the box - and he did get his goal, with a composed finish further reducing the arrears.

Following a flying save by Ford, two minutes from time - to put the ball behind for a corner - Trinity switched off - and the gap was down to three... but that was to be the last of the scoring and Trinity saw out the final few minutes, to come out on top of this engaging, high scoring, nine goal thriller.

Gainsborough Trinity are next in action on Tuesday evening when we travel to Lincoln United (7.45pm). This is followed by Cleethorpes Town at home on Friday, 7.30pm kick off. Please note this is a different date to that previously advised.

Finally, we bring the curtain down on our pre-season with another home fixture, against Premier League Nottingham Forest's U23s. Please get yourselves along to support this new look side, that is full of hunger, desire and energy - oh - and a never say die attitude!

Your support, as ever, will really make a difference!