All Gainsborough Trinity's goals came in the first half, Andrew Wright netting a brace and Tom Cursons stabbing home from close range to put the Tangerine Trinity three in front, before dominating the second half against ten men, but failing to add to their total tally. All but two players in the starting line-up were recognisable to the Trinity faithful in attendance, with the wingers the two unknowns. And both the wide men were involved early on.

First the number seven combined well with Prosper Keto down the right, but his purposeful run ended with an over-hit cross, before the eleven took advantage of Wright's decoy run to fire an effort wide from twenty yards. The Whites' goalkeeper was called into action on ten minutes, a dangerous ball was fizzed in from the right and diverted towards his own goal by the retreating centre half, but as the ball bounced free in the penalty area, Trinity were awarded a spot kick. Wright, the captain, taking responsibility, stepped up to blast home.

Prosper Keto was linking well with his winger, setting the 7 free, but his cross was inches too high for the waiting Cursons. Next, a quick counter from the visiting Gainsborough saw Trinity initially attack down the left before switching the ball out to the right, Keto's teasing centre was met with the faintest of touches on the penalty spot by Wright to notch his second.

On 32, the referee deemed a foul in the Trinity box, pointing to the spot. The defence held their collective breath as the offside flag was held aloft and three minutes later, the Tangerine Trinity had their third. Joe West fizzed in a left footed delivery from the right corner quadrant, that struck the base of the post before Cursons; in the right place at the right time, poked home his third goal of pre-season.

Trinity were to conceed 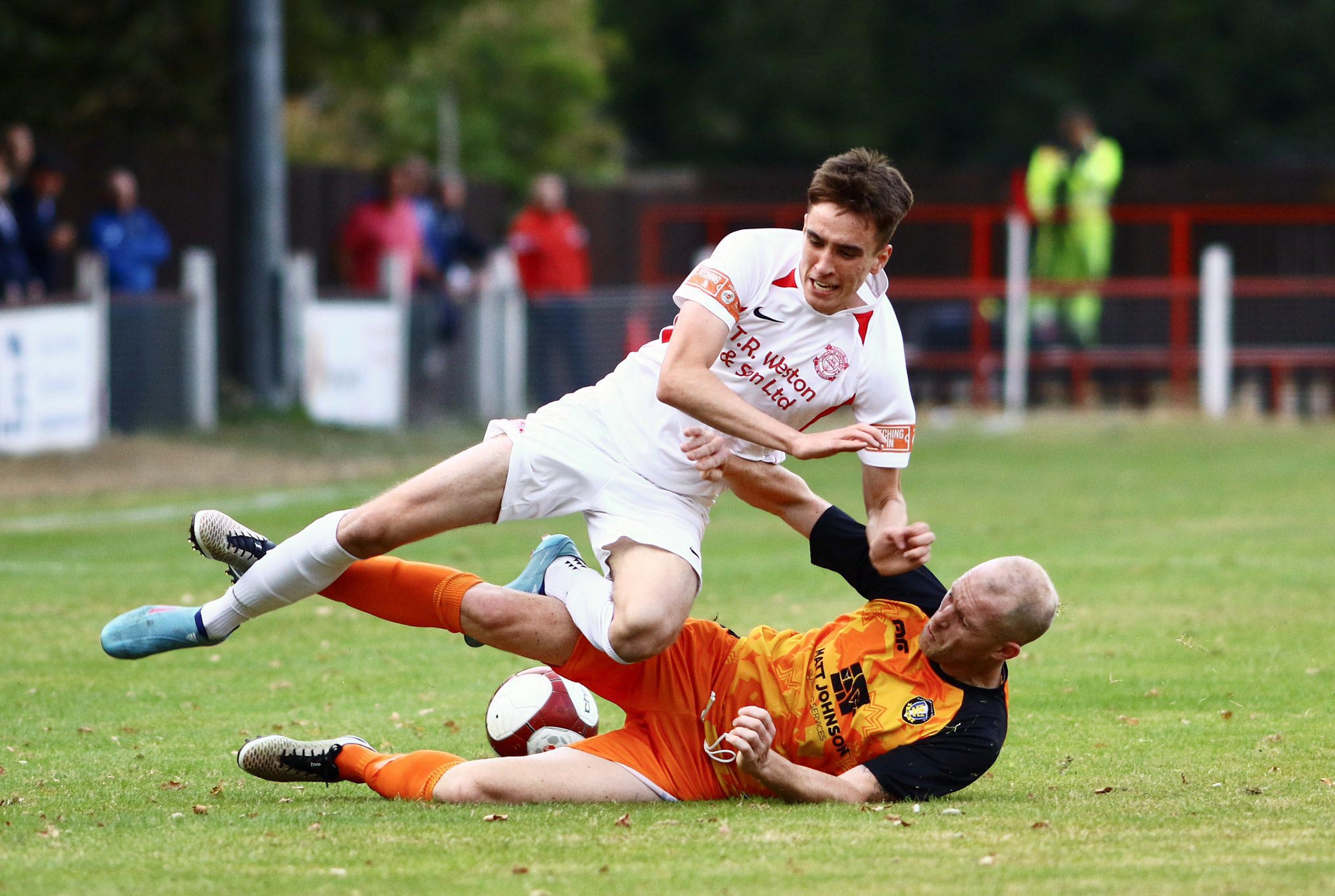 e a penalty shortly before half time, against the very much involved Keto. It looked soft from pitch side, but Lincoln United didn't need asking twice, converting from twelve yards despite Yates guessing the right way. Half time: Lincoln United 1, Gainsborough Trinity 3.

Trinity rang the changes at half time, with Cursons, Waldock and the two on trial wide men making way for Donaldson, Grayson, Dyche and Keane. And shortly after the restart, Lincoln United were reduced to ten men, when Janssen recieved a second yellow card, and was subsequently red carded for a strong challenge on Prosper Keto.

It didn't take long for the attacking axle to start motoring, with some slick attacking football. Free flowing football down the left, and a neat Dyche cut back found Keane on the edge of the box, but he dragged his attempt wide of the far post. Joe West was getting forward more and he was sending across a stream of dangerous deliveries - and Clayton Donaldson must be scratching his head in wonder at how he failed to find the back of the net from a couple of such balls.

A rare attack forced last ditch defending to protect Yates' goal, as an effort was cleared off the line. That sparked a Trinity response, but Donaldson's effort was ruled offside despite arriving late on the scene, the assistant indicating Grayson's prior involvement the crime that warranted the flag. Trinity didn't heed the warning though - and momentum swung back the home side's way again. And when a deep cross was kept alive, Yates was beaten from relatively close range.

With a nervy last couple of minutes in store, there was still time in which Trinity looked dangerous on the breakaway, just again not having the clinical edge. The Tangerine Trinity now bring the curtain down on the pre-season campaign with two home fixtures on Friday against Cleethorpes Town (7.30pm) and next Tuesday (7.30pm) when we entertain Premier League Nottingham Forest U23s.