Gainsborough Trinity return to action tomorrow evening when we entertain Banbury United in the FA Cup First Qualifying Round Replay, the two sides having played out an entertaining 2-2 draw in Oxfordshire on Saturday. Trinity of the BetVictor Northern Premier League, take on the side currently sitting top of the equivalent division, the BetVictor Southern Premier Central, with 14 points from 7 games.

The carrot for both sides is a Second Qualifying Round tie away at Rushall Olympic. Bizarrely, the side sitting a place and a point below Banbury in the Southern Premier Central. In the initial tie, Gainsborough twice led, only to be pegged back by two Jaanai Gordon penalties, the second despatched more than six minutes into stoppage time at the end of the game after it had seemed that Kingsley James had won the tie six minutes from time. 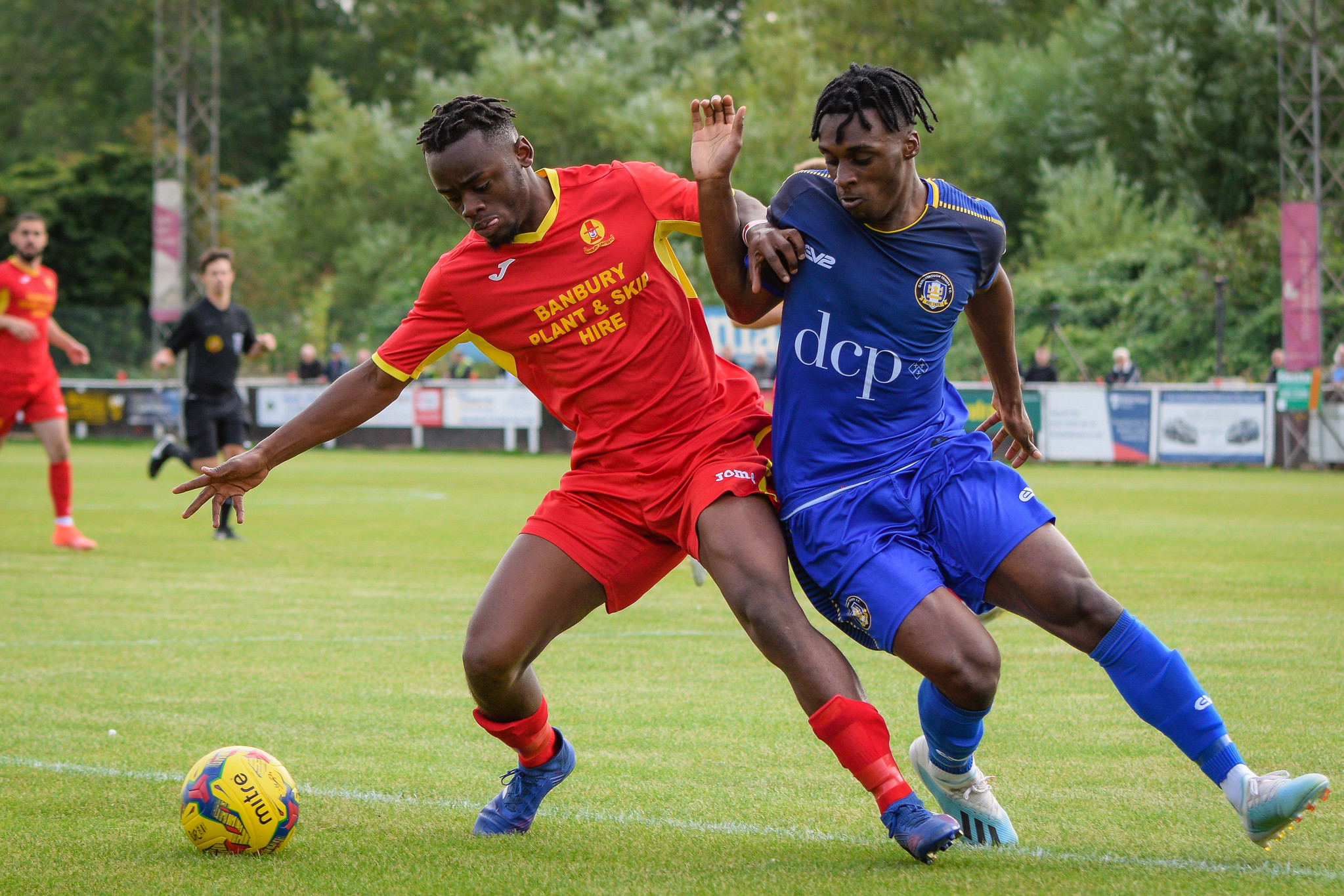 phical ahead of the replay, stating: "What’s happened has happened. What’s gone, has gone and now we just have to prepare ourselves properly for what will be another tough test, against a good Banbury side. We saw a lot of what they were about on Saturday. And they will have seen a lot of what we were about, but we are going to go out there and give everything to get the win and progress in the FA Cup."

The Holy Blues were backed on the road, by a sizeable number of supporters, who were really quite fantastic - hopefully great numbers can turn out tomorrow night and roar the team into the next round. Despite the distance, Banbury are expecting to bring good numbers for a Tuesday night and the Martin & Co faithful will need to be in fine spirits to cheer on Liam King’s men.

Season tickets are not valid for this fixture, but the prices will reciprocate the prices charged by Banbury United on Saturday.

We wish everyone making the trip on Tuesday evening a safe journey.