A scintillating performance on the road saw the Holy Blues record the best away scoreline in over half a century with a six nil dismantling of a lacklustre Whitby Town as five different goal scorers got their name on the score sheet. The ten day rest did the Holy Blues the power of good as the walking wounded had time to heel and the ranks were boosted with the additions of Iren Wilson and Fin Shrimpton from Liversedge and Scunthorpe United respectively. The Management naming an unchanged starting eleven from the side that beat Loughborough Students in the FA Cup.

An edgy opening saw Gainsborough's Jack Dyche looking to get on the ball. And his quick feet drew a foul and the first yellow card on ten minutes as he was felled by a rash Aaron Cunningham tackle. It was an indication of some of the joy the former Hyde United man would have on the East Coast. It took Trinity until just past the halfway mark in the first half to trouble home custodian Shane Bland. 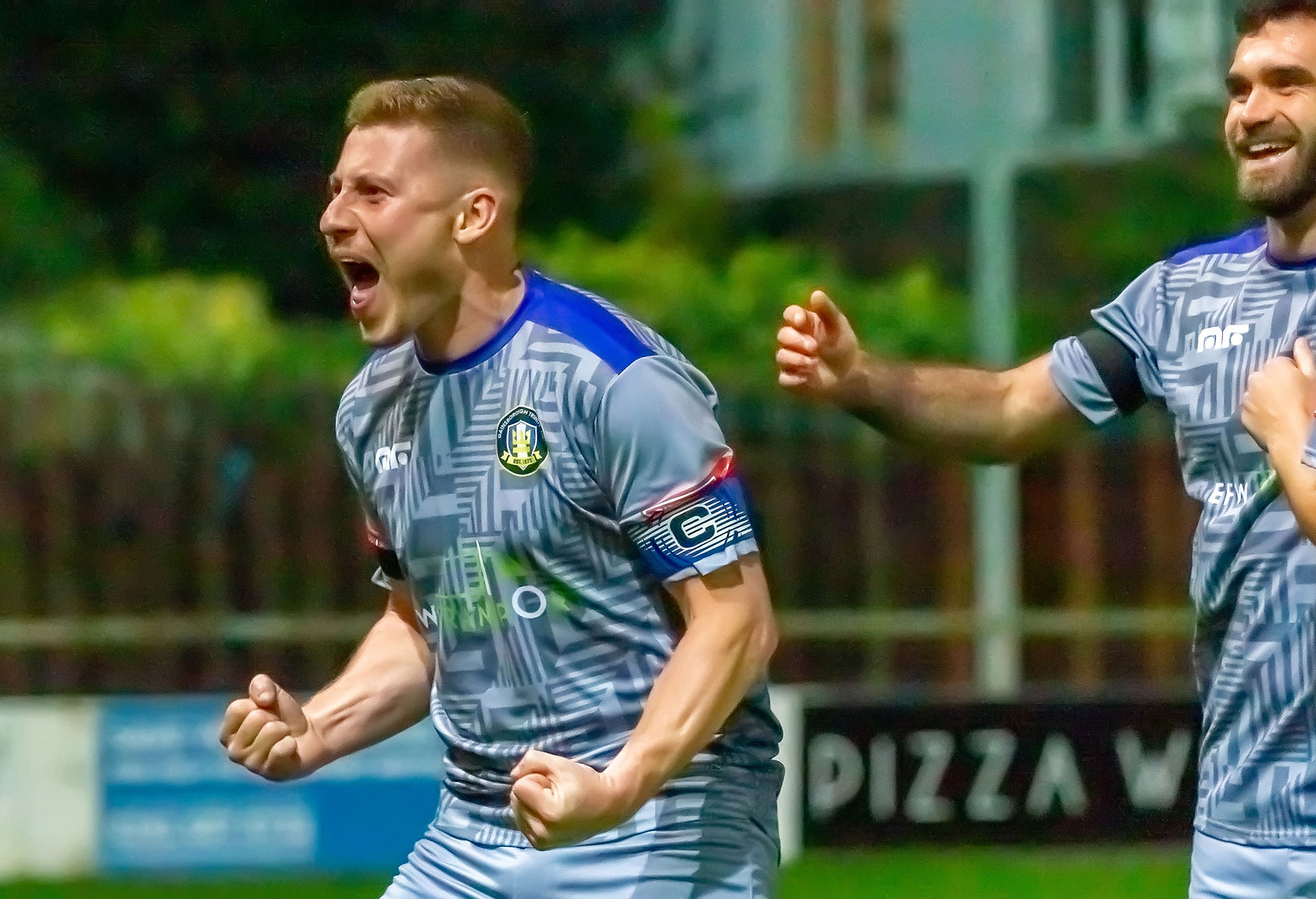 Donaldson took the ball in - turned and tested Bland from range. Parrying the shot away - that was the warning shot across the bows for Whitby... and only a minute later the Blues were in front. A fine curling effort set Trinity on the way, Dyche curling in from the left hand side of the box. A clipped curling effort that beat Bland all ends up.

Just a minute later, it was two. Curtis Durose netted his second in as many games, turning home the loose ball, to the delight of the visiting 30 or so travelling Blues. Andrew Wright made a great blind side run, arriving from the right - only to see his effort saved at point blank range by Bland. The Whitby defence failed to react - and Durose needed no second invitation - and the Blues (in grey) were in dreamland!

Trinity started the second half in explosi

ve fashion. Pressing the hosts as soon as they threatened to cross the halfway line, Dyche found himself with a free run from the centre circle. Rolling a composed finish past the exposed Bland to instantly appease any nerves - and that was the platform on which Trinity would build.

Wright soon had his goal, his first from open play. Winning the ball back again. Donaldson provided the human shield to protect the ball, before laying off - and the Holy Blues' skipper finished crisply. Liam Waldock continued his fine run of form making it five before the hour as Whitby had no answer for a rampant Trinity side, ruthless in front of goal.

Having 'gone nap' Bishop and Parkinson rang the changes with striking options further enhanced, Tom Cursons and for his debut Iren Wilson were introduced - and it wasn't long before the two combined. Powerful play down the right saw Curson centre for Wilson to open his account after only six minutes of his introduction.

Donaldson was unplayable, as his hold up was exemplary. His contribution deserving of a goal, but it wasn't to be for the front man who linked the play all evening. He fired an effort, that he fashioned himself, narrowly over, before Wilson created half a yard for himself - his effort deflected behind.

Trinity couldn't find a seventh, but saw out the game with Matt Yates not needing to make a save of note - and had to settle for six. Moving up six places to 12th - and heading into Emirates FA Cup weekend - in high spirits. A long, midweek journey to the East Coast that will live long in the memory for those of a Gainsborough Trinity persuasion. Enjoy the rest of your week folks and we hope to see as many of you as possible making the trip to Long Eaton to cheer on your Gainsborough Trinity side that are giving their absolute all!