Gainsborough Trinity Reserves made it five games unbeaten so far this season with a 4-2 away win at Brigg Town Reserves on Tuesday night, resulting in them holding joint top spot in the Lincolnshire League alongside Hykeham Town. Management due Steve Hutchinson and Lee Green decided to revert to the 4-3-3 shape heavily worked upon during pre-season and for the first ten minutes the side were a little at sixes and sevens, trying to adapt back to the shape.

On 8 minutes the Brigg midfielder found some space in the pocket between the Blues' back four and midfield, he was then ruled to have been fouled, resulting in a soft free kick being awarded! The Brigg player stepped up from 20 yards and bent a well taken free kick into the top corner, 1-0 Brigg. Credit to the young Holy Blues, they stepped up their game and started to trust each other on the ball and played some good football. The good football was well received by bo 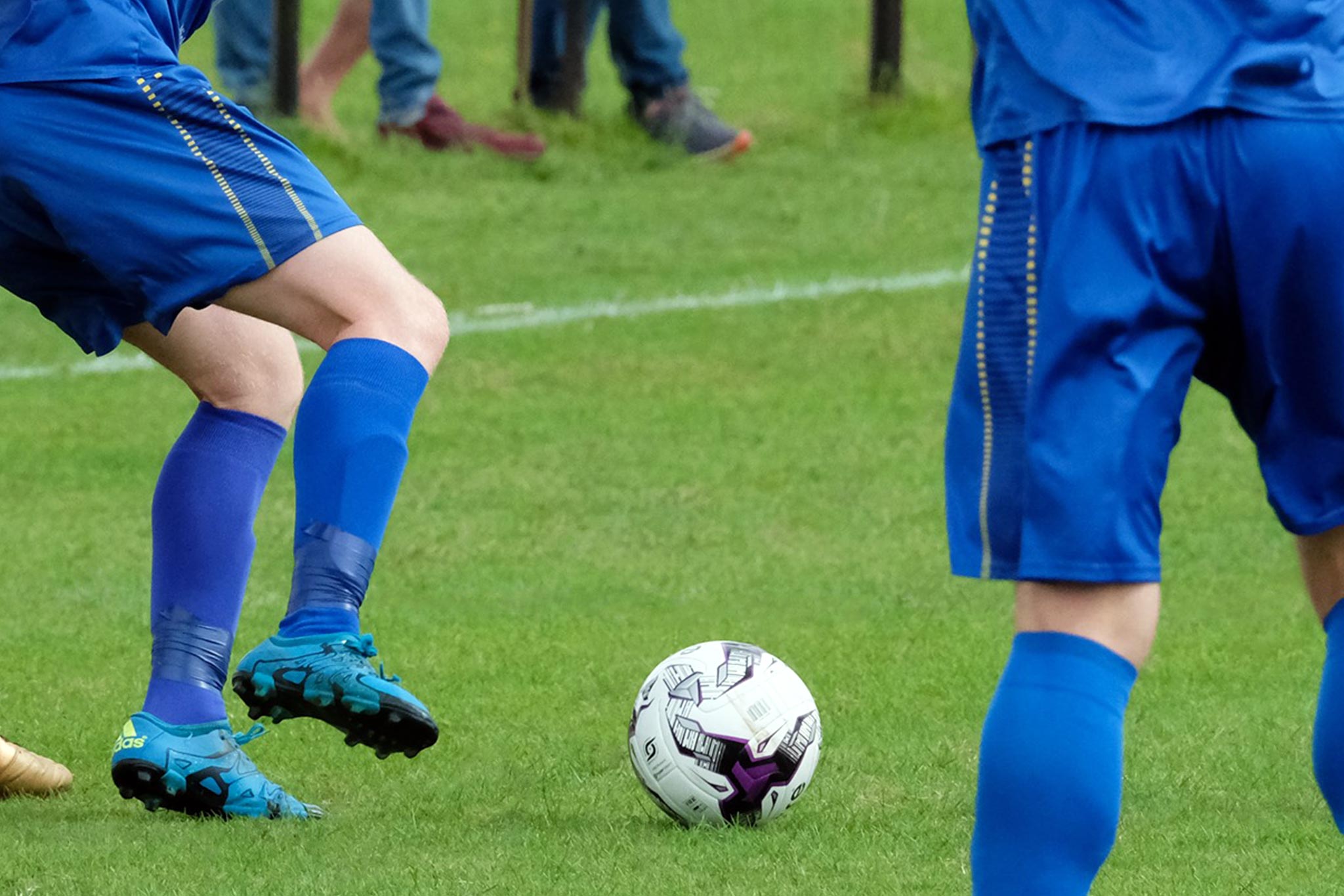 th the management and supporting crowd. The tactics were to play, drawing Brigg players in and making use of the space created. All elements which have been worked on and was great to see implemented.

From this point, for the remainder of the first half it was one way traffic, with the Blues creating chance after chance. With 10 minutes to play in the first half, Edwards slotted home a well taken free kick from 20 yards, 1-1. With seconds of the first half to play Trinity bundled the ball over the line from a set piece, only for the officials to wave play on. Half time: Brigg Town Reserves 1 Gainsborough Trinity Reserves 1.

The half time team talk was very positive, with the management very happy with the way the guys played from the tenth minute onwards. The message clear, continue to play and trust one another and the result would come. Trinity came out for the second half brightly and continued playing some top stuff and the game was very much one way traffic in Gainsborough favour. The hard work paid off with Trinity going 2-1 up through skipper Geno Robinson, followed shortly after by a second from Joe Edwards and lastly a fourth by Joe Petit deciding the points.

At this point, the management made five very quick changes to get valuable minutes into all members of the squad. This, as to be expected, resulted in the game becoming a bit disjointed and fizzled out to a comfortable win. Brigg scored a consolation on 85 mins, one that I’m sure keeper Luke Mitchell would agree he could have done better with. In stoppage time, a 93rd minute penalty was superbly saved by the Brigg Town 'keeper.

All in all, a good performance and some of the best football of the season played thus far. Manager Hutchinson quoted, "I’m very happy with tonight’s result, but more so the performance and attitude! The lads have been given small targets and they are working hard to achieve all set. We move on now and must focus on the next game and play the game in-front of us and seek improvements weekly. Lastly, we have been saying we won’t accept just enough, which may have been the case in the past! We want it more than that!"

Next game, Gainsborough Trinity Reserves vs Lincoln United Development, Saturday 14th September, 3pm kick off at the Martin & Co Arena. Let’s get behind the boys!!