Captain Announced Ahead of New Season

Nathan Hotte will take the captain’s armband for the 2019/20 season. With a week to go until the start of the season, Liam King has announced his club captain as former North Ferriby United, FC Halifax and Alfreton Town man Nathan Hotte. Though primarily a midfielder, Hotte is versatile and can fill in at the back or even up front. He previously spent four years at Bradford Park Avenue and was club captain there for a time.

Announcing his new captain, Liam King declared, "Nathan is a born leader. It’s not an unfamiliar role for him, he is exactly the type of professional character Ross and I believe should captain the football club." Liam went on to reveal, "We actually had a lot of candidates in the camp and that’s what we were looking for in our recruitment. We wanted strong, experienced characters within the dressing room - and the fact that Ross and I had such a tough 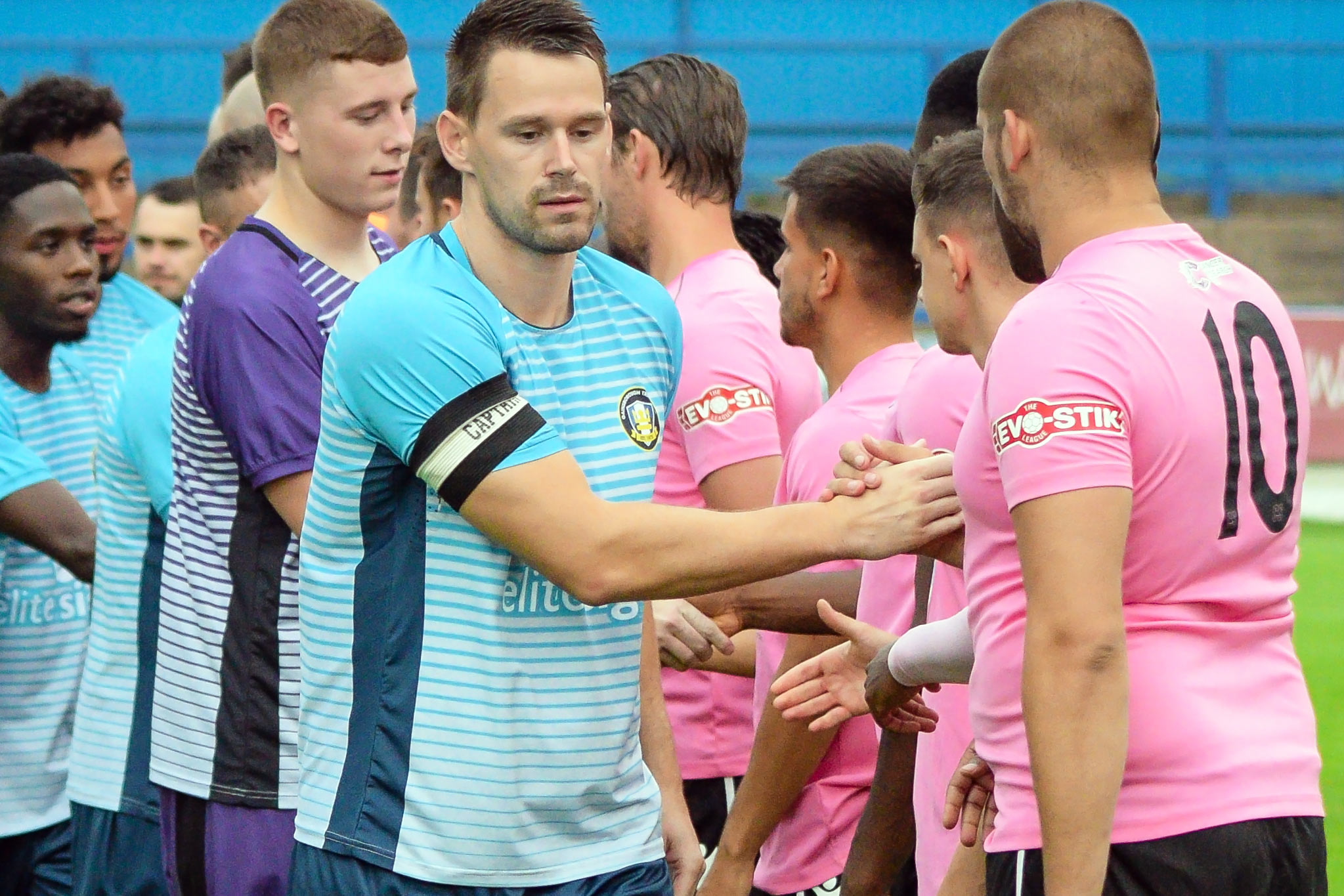 decision in deciding on the captain is testament to the quality we have within the camp. Hotte is a new voice in the dressing room and he’ll be a big influence both on and off the field, leading by example."

The versatile Hotte was understandably proud to have been handed the armband and was quick to give his opinion about what would make the season a successful one under his captaincy.

"I am buzzing to be made captain and honoured to be given the responsibility here at Gainsborough. I’m really looking forward to getting started now. With the team we have got, we have to be looking at the play-offs as a minimum. The playoffs can be something of a lottery once you are there, but it’s got to be our minimum target."

"In terms of the cup, I have been lucky enough to have played in the second round once and the first round three times, so if we can get a decent draw and a good cup run, that will be good for the club all round and bring in an extra income, not to mention get the town behind us!" The new skipper finished by saying, "Getting as many people down as possible and cheering the lads on really does make a difference and can earn points and get us to where we want to get to!"

I am sure we are all together in wishing Nathan well in his role and will be interested to see how under his captaincy, we fare.