Gainsborough Trinity make the long trip to the North East tomorrow evening, to take on table-toppers South Shields at Mariners Park. With a kick-off at 7.45pm in the BetVictor Northern Premier League, this clash is sure to contain plenty of thrills, spills and excitement! Two narrow defeats for the Holy Blues last season, against Shields ultimately led to Trinity missing out on the play-off spots last season, against the side who ultimately came up short in a race for top spot against eventual winners, Farsley Celtic.

Shields though, haven’t let last season’s disappointment stand in their way. Leading the early season table, with sixteen points from the first seven games, including a 2-0 victory last time out against another of the fancied sides, Basford United on Saturday in front of 1,634. Three teams currently head the early BetVictor Northern Premier League table Shields & Basford separated by Whitby Town, who have played the same number of games as tomorrow’s opponents. In 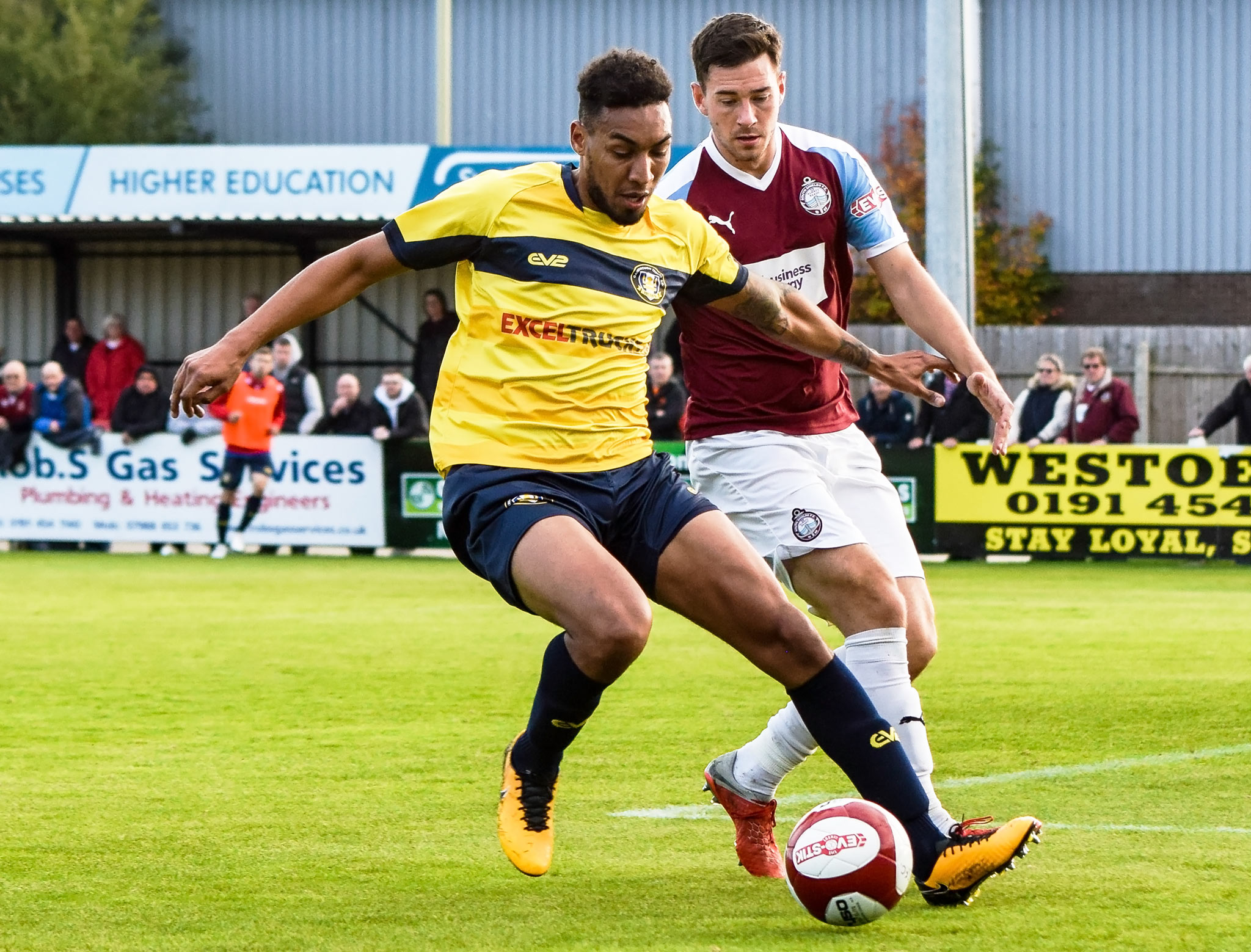 a strange quirk, Trinity’s only league win of the season coming against Whitby Town. In a 2-0 home victory, which Ashley Worsfold netted a brace and held on to secure a well-deserved clean sheet.

Another win in the cup against Banbury in a replay, a Trinity rear-guard action, ensuring a clean sheet, as Kingsley James netted a winner early in the second half, lends itself to the thought that the Holy Blues relish evening matches under the lights & hopefully tomorrow will be no different.

As Liam King prepares his side for the game against Champions elect, South Shields, the Blues’ boss acknowledged, "South Shields are undoubtedly the best footballing side in the division. A tough place to go and the lads need to be 100% focussed throughout the game. We hope we can turn our run of form around on Tuesday and get the season kick-started! We believe in ourselves as a group and know we have good players in that dressing room. Stick together and the points will start coming!"

For those hardy Trinity folks looking to make the journey to Mariners Park, here’s what you need to know. Mariners Park is on Shaftesbury Avenue, South Shields, and has a post code of NE32 3UP. Bought online, there are web offers available, getting a £1 discount on the prices stated below. Wishing all travelling Gainsborough supporters, a safe trip there and back, hopefully with point(s) in the bag! For those of you unable to make the game, don’t forget, you can follow the game live on Mixlr. Or, for those wanting even more in the way of updates, keep your eye on the Trinity twitter feed.