The Holy Blues are back on home turf tomorrow afternoon as we welcome Mickleover Sports to the Martin & Co Arena in the first of two home games in three days. Trinity will be hoping that the return to Northolme coincides with an upturn in fortunes. Three away defeats on the bounce have had an impact on the league position. Going into Saturday's game, Liam King's men sit in the relegation spots with four points on the board.

Somewhat encouraging displays are now a distant memory as the Holy Blues now just need to start putting points on the board as a matter of urgency. Looking at the head to head record, the two games in which the sides have met, Trinity have the edge, beating Sports at the Martin & Co last season by two goals to nil. Liam King scoring from the halfway line and Alex Byrne adding a second, before in the reverse fixture, a solitary Max Watters strike was the difference betwe 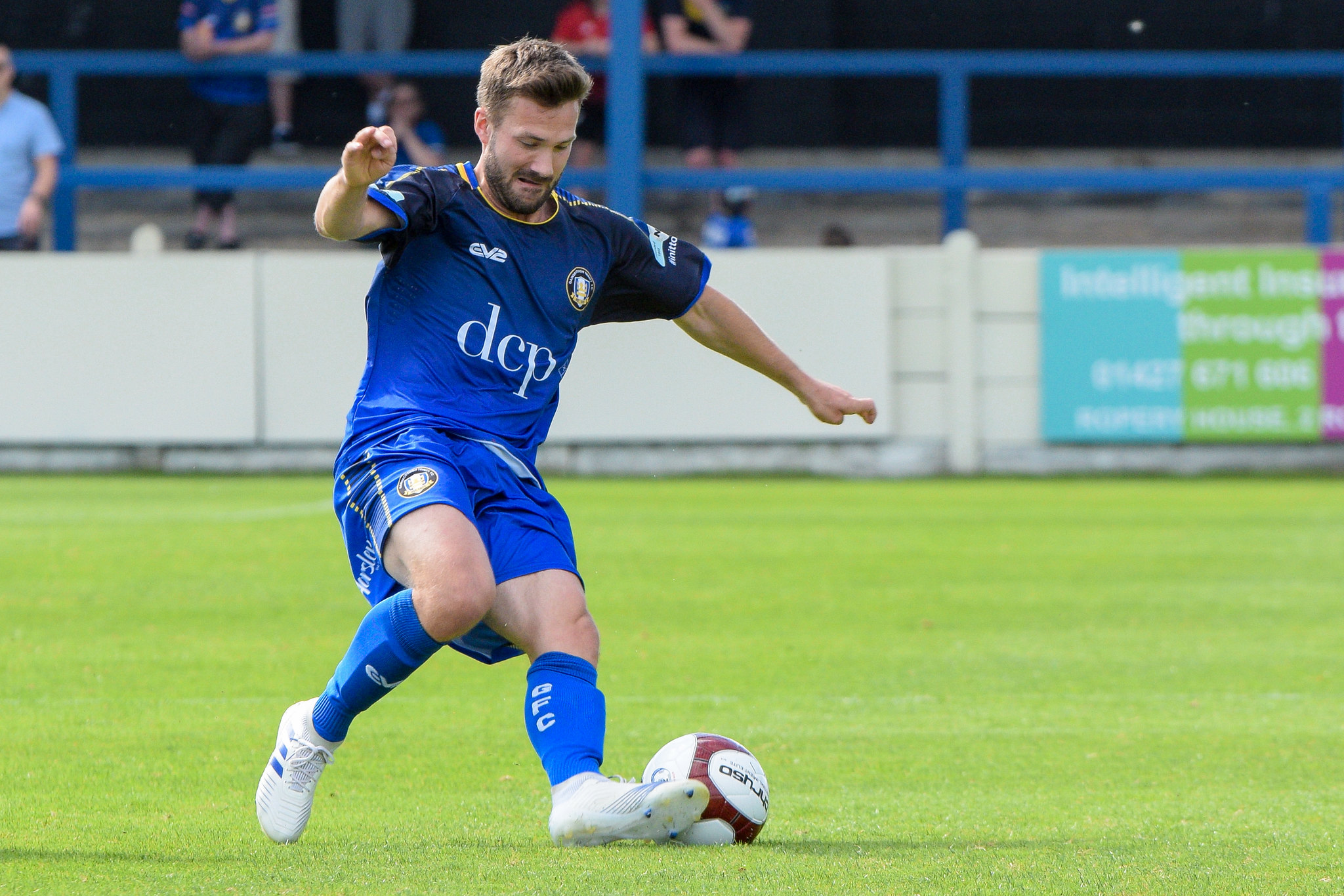 In recent times, there have been a number of players that have played for both clubs. Nathan Jarman, Mason Warren and Jake Scott and loan signing Max Watters all played in blue before donning Mickleover red. In the Trinity line up, Brodie Litchfield has seen service with Sports prior to joining Gainsborough, meaning there are a number of ties between the two sides! Mickleover will be approaching this game as favourites. With 13 points on the board from their eight games to sit in seventh position, our visitors will be in a confident mood as they look for their first victory over the Holy Blues.

Having not played in midweek, due to their game against Nantwich Town falling victim to the weather, Trinity (on the back of a 2-0 defeat to South Shields) will have had a greater rest period. Liam King though, isn't using that as an excuse, stating: "We are just glad to be back at home again. And we just want to start picking up results starting with the game on Saturday. We have virtually a full squad to pick from. Just Shane Clarke is unavailable, which is a good position to be in. So get behind the lads and let's hope we can celebrate a return to winning ways come 5pm."

Get yourselves along to the Martin & Co Arena and support Liam King and his Trinity troops as they go into battle. Kick off at 3pm.