Gainsborough Trinity face Bamber Bridge in the BetVictor Northern Premier League tomorrow (Tuesday) evening, at the Gainsborough Martin & Co Arena, 7.45pm kick off. The Holy Blues looking to build on the 2-2 home draw at home to Mickleover Sports on Saturday afternoon. Simon Russell’s late strike securing a point and halting a disappointing run for Liam King’s men. Having played a game more than Trinity, Bamber Bridge sit two points and four places better off, though their goal difference is one worse.

With Bridge in Trinity’s sights, this adds to the importance of the game. Knowing that three points would see the Blues move out of the relegation zone and possibly climbing to as high as 15th in the table. As with every game though, it won’t be easy. Bamber coming into this game on the back of two narrow one nil defeats and a 1-1 draw with Buxton. The side currently bottom of the table after nine games.

Bridge have one of last season’s top scorers in th 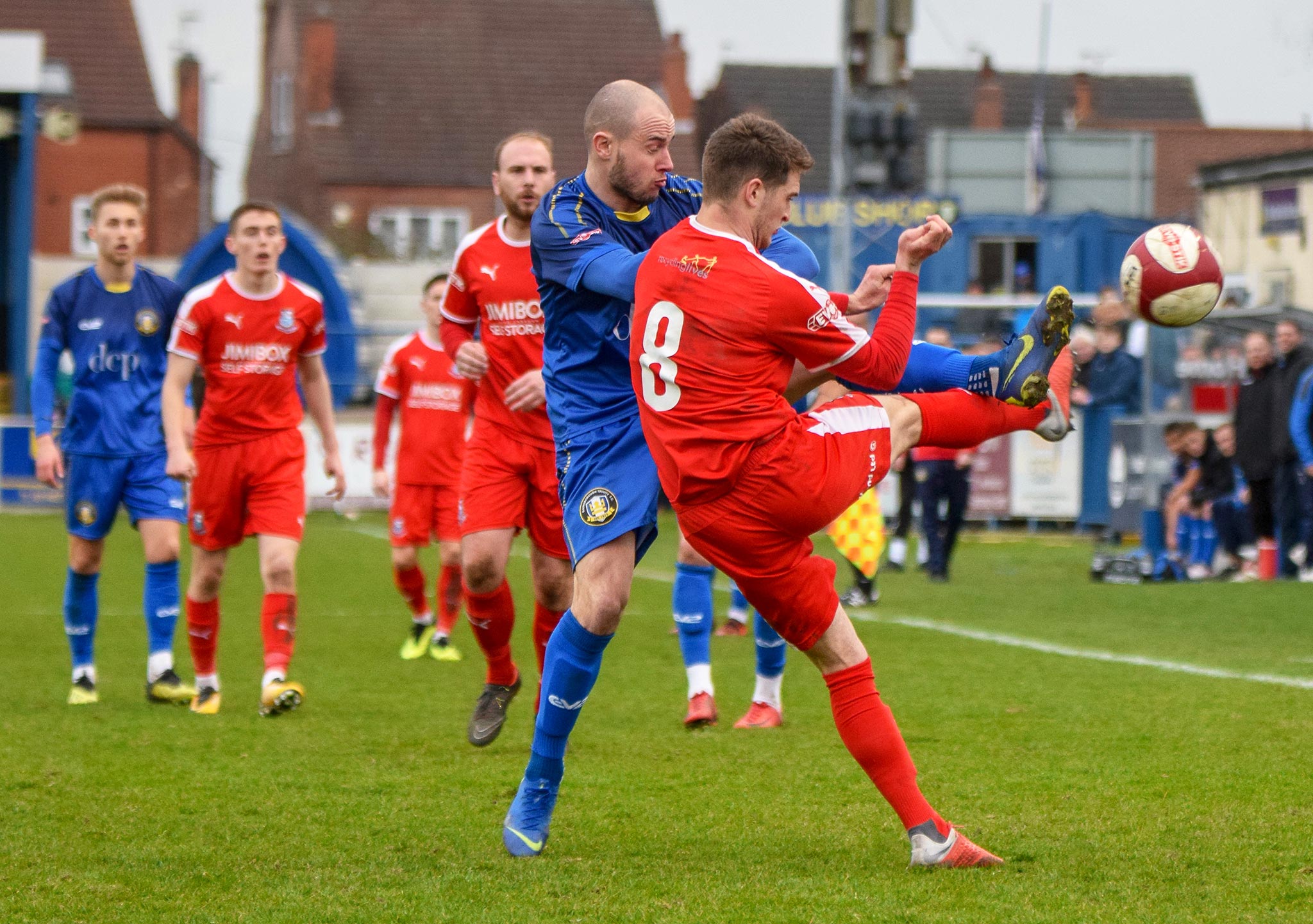 eir ranks, in the form of Alistair Waddecar. Though Gainsborough’s top marksman, Ashley Worsfold misses Tuesday’s game. He serves the first of a three-game ban for his dismissal in the 2-0 defeat away at South Shields last week. Bridge’s positive results have come on home soil, with Trinity looking to extend their misery tomorrow evening. Gainsborough will be looking for a similar return from the two games against Bamber, to last season. Nathan Stainfield and Simon Russell were on the mark for the Holy Blues back in March, adding to a 1-2 away victory on Tuesday 20th November. A game in which Alex Simmons and Ashley Worsfold netted the Trinity goals.

Looking at Saturday’s game, with eyes now firmly fixed on Tuesday night, Assistant Manager Ross Hannah implored, "We felt we dominated large parts of Saturday’s game and the lads are in good spirits. So they should be really, as we played well and fought until the very end. We got the least we deserved out of the game. Obviously, it wasn’t what we set out to achieve before the game as we always aim to get three points, but at the minute everything seems to be going against us along with getting punished for every mistake we make."

"The most pleasing thing for me, was our character and spirit that we showed to keep going and we need to keep working hard, believing in ourselves and cut out the mistakes in this difficult period. I fully believe we’ll come out of this tricky patch and start picking up the wins we all want starting tomorrow. Every team in this league has purple patches and testing periods throughout the season. Ours has just come at the start. We all believe in each other and are all determined to get us back on track. The most important thing is we all stick together as we are doing. It’s what our club is about".

Get yourselves along to the cheer on the Holy Blues, be the twelfth man, be the difference!