Gainsborough Trinity will return to competitive action following a succession of covid-19 enforced postponements as they face Witton Albion at the Northolme tomorrow afternoon. The Holy Blues haven’t played in all competitions since their emphatic 5-1 victory against Whitby Town back on the 26th of September. Curtis Woodhouse’s side were scheduled to travel to Lancaster and then host Nantwich, however both fixtures were cancelled as precautionary measures.

The Holy Blues will now welcome The Albs in what will be only the fourth game of the season for Trinity, two less than their visitors who currently sit third in the PitchingIn Northern Premier League. Speaking ahead of the game, Trinity boss, Curtis Woodhouse, says "I thought in our last game at home to Whitby, at times our play was sensational. We’re in good form and I’m hoping that we will have a fully fit squad to choose from. But Witton are currently sitting 3rd in the league and they’re a very good, strong side."

"They are big and powerful, very hard to break down – they don’t score too many but they won’t concede too many either, so I expect a really well structured and organised team. I want to keep this winning run going at home, last season’s home form was sketchy to say the least. I think since I came in last season, we didn’t lose a single league game away from home and I’m keen to back that up with a good home form and this season it looks like we’re turning that home form around."

Trinity’s guests tomorrow will come with the aim of taking all three points back to Cheshire and continue their strong start to the season themselves. The Albs, who are managed by Carl Mcauley, have accumulated 9 points in their camp 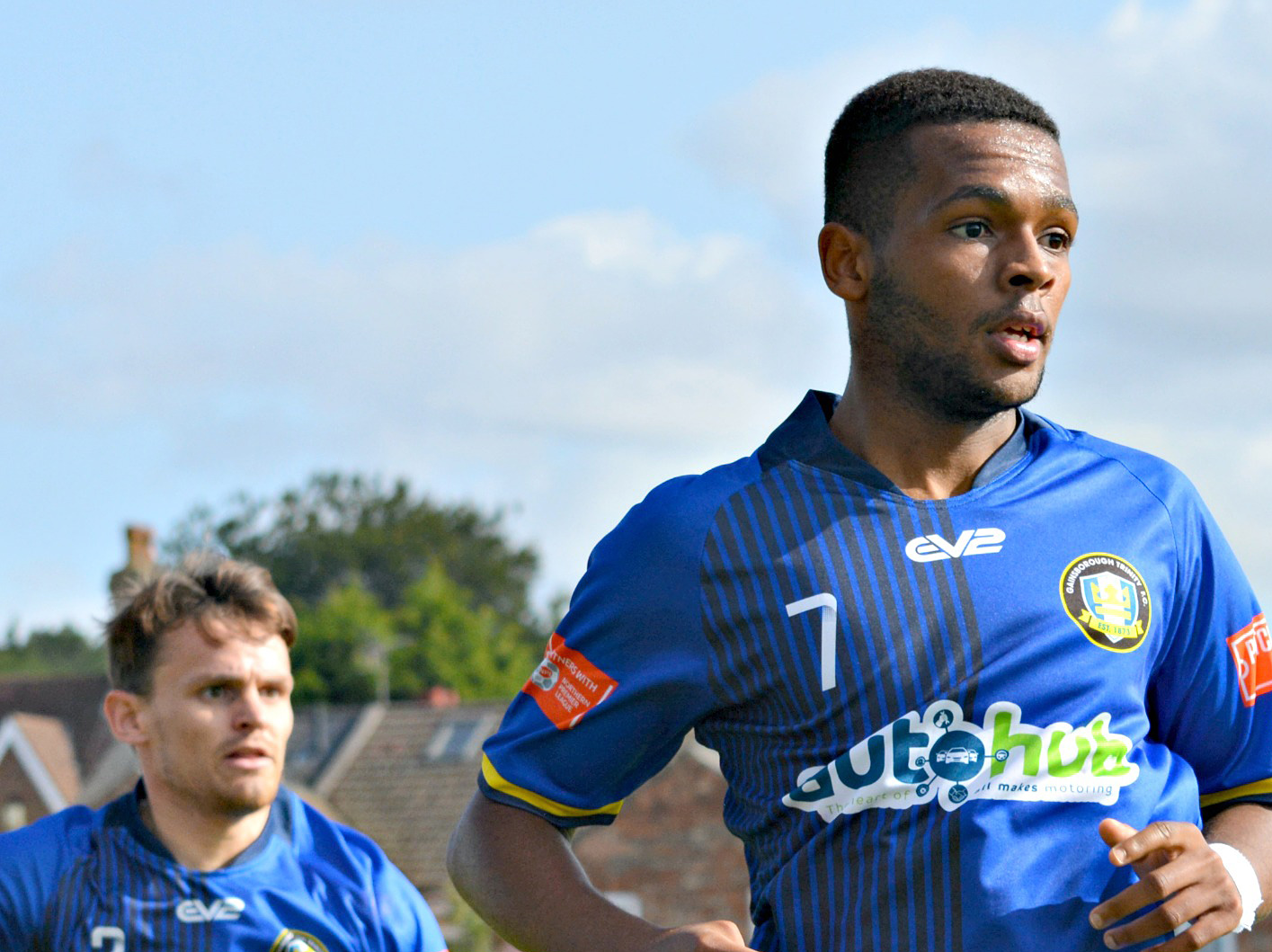 aign to date, having taken three wins and two losses from their opening 5 fixtures. Trinity, however, may be encouraged by the return of midfielder Alex Wiles. Wiles, who picked up a muscle injury during the defeat to AFC Mansfield in the FA Cup, underwent a fitness test this week and could therefore be in contention to return to Woddhouse’ side.

The Holy Blues will, of course, be missing the likes of Jack Walters and Gregg Smith as their injuries have ruled them out for a significantly longer period of time.

The club would like to encourage home and visiting supporters to purchase their tickets online. Not only will this assist with the Track and Trace system deployed at the club, it will also avoid unnecessary queuing outside of the ground. As usual, 100 tickets have been withheld from online purchase and will be available to purchase on the gate, but it is preferred that they are bought by those who are unable to do so online. The club would like to further ask that supporters use the QR codes provided around the ground to check-into the venue using the NHS Covid-19 app.