Carr Crashes into the Northolme

Lewis Carr (30) has put pen to paper on a deal for the 2021/22 season, arriving from PitchingIn Northern Premier League side, Basford United. An experienced centre back, his signing will bring the average age of the Gainsborough Trinity squad to 24 and a half years of age. Head Coach, Tom Shaw has added to his experienced core, with the acquisition of a strong minded, defensive player.

Lewis has plied his trade at Basford since October 2016. He signed for Basford from Grantham, having also had spells with Quorn & Stamford, and having played professionally for Cambridge United. Part of a successful side, that has been in and around the top end of the Northern Premier, his knowledge will greatly lend to the young, energetic looking squad the Holy Blues are piecing together. 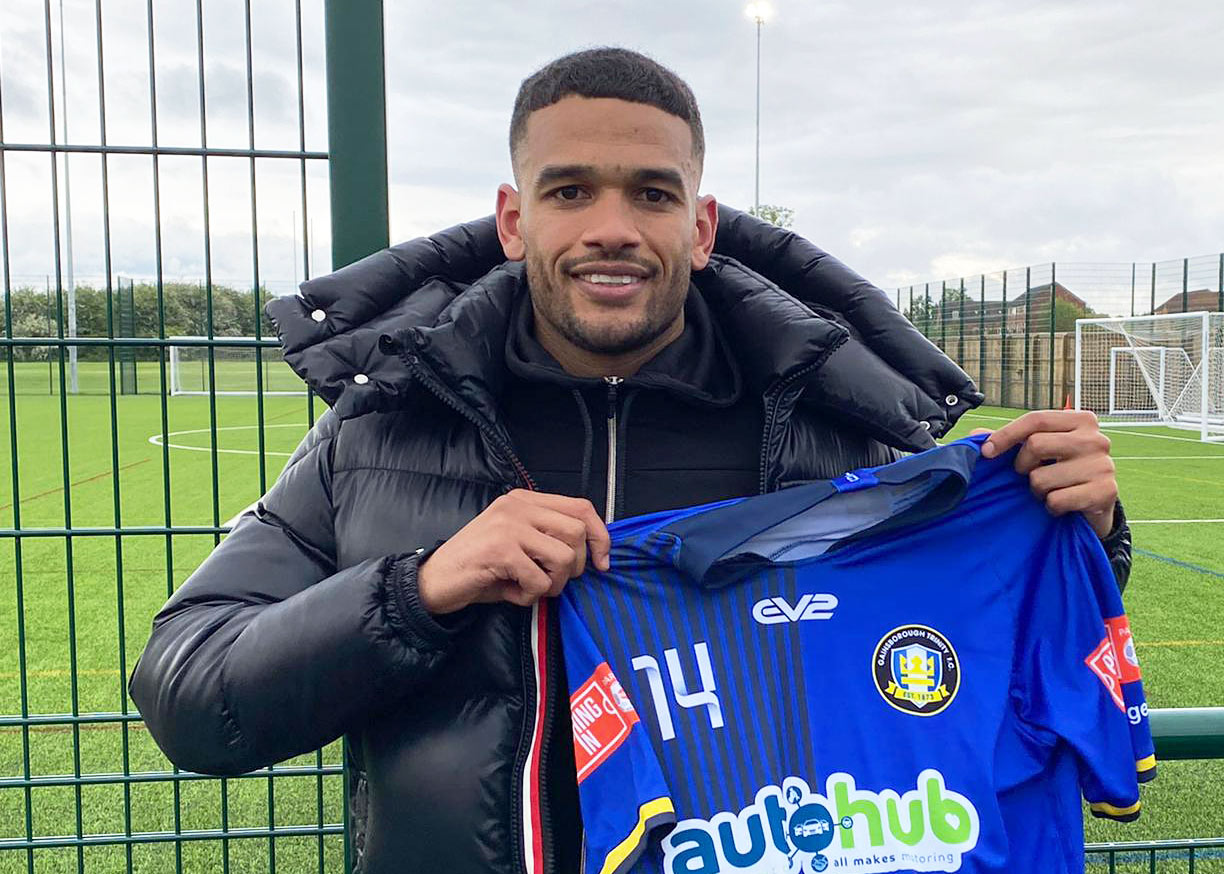 On the signing, Shaw enthused, "I am so pleased to be able to bring Lewis to the club. He is a really impressive man with how he carries himself on and off the pitch and fits the profile perfectly for the role within the group that he will play."

"He has played a lot of games at this level at the top end of the division and brings a wealth of experience. He is mobile and athletic and that will allow us to defend how we want to defend with his physicality. He will partner a younger centre half Next season so his character, personality and nous will hugely benefit those around him."

"I feel this signing shows the pull of Gainsborough Trinity as a football club, its fan base and reputation along with the way we will be working this season have attracted Lewis ahead of potentially better offers financially elsewhere."

Lewis simply said, "I am delighted to sign with

Gainsborough. It’s a fantastic club with great fans! Cant wait to get started next season". Welcome to the football club, Lewis. Here's to a successful season.

To sponsor Lewis Carr’s home or away shirt, please contact This email address is being protected from spambots. You need JavaScript enabled to view it. or via our social media channels on Facebook, Twitter or Instagram.