Gainsborough Trinity have fought off fierce competition to land the signature of 26 year old midfielder Kyle Dixon from Basford United. Affectionately known as Scholesy, the flame headed central midfielder returns to Lincolnshire for a fifth time, having previously spent loan spells at Boston United and Grantham Town, as well as spending two seasons with the Pilgrims between 2015 and 2017.

Starting his career at Notts County, the popular midfielder went out on loan to AFC Telford United having performed well in similar spells at Boston, but returned to his parent club before making the switch to Boston permanent. From Boston, Dixon moved to Basford for the first time, where he spent the season, ending up on the losing side to Coalville Town in the play-off semi-finals.

North Ferriby in the Conference North for three months was Dixon's next destination, where he linked up with former Trinity favourite, Simon Russell. Ten games at that level followed, but the commute proved problematic, signing instead for Coalville for the reminder of the season. Next, Kyle signed for Ilkeston, becoming vice captain, helping the side to the league title. On his departure from the Robins, he joined Newark Flowserve, grabbing eleven goals before lockdown one and once more alerting Basford to his prowess.

Involved in every game of the curtailed season, the busy midfielder joins the Holy Blues at a good age, where he will add experience to the spine, whilst still having aspirations to play at the highest level possible. Outlining the success of landing the much coveted Dixon's signature, Head Coach, Shaw intimated, “Kyle joining us for the season ahead, I feel yet again, shows the pull and reputation of our football club. He had offers at the same level 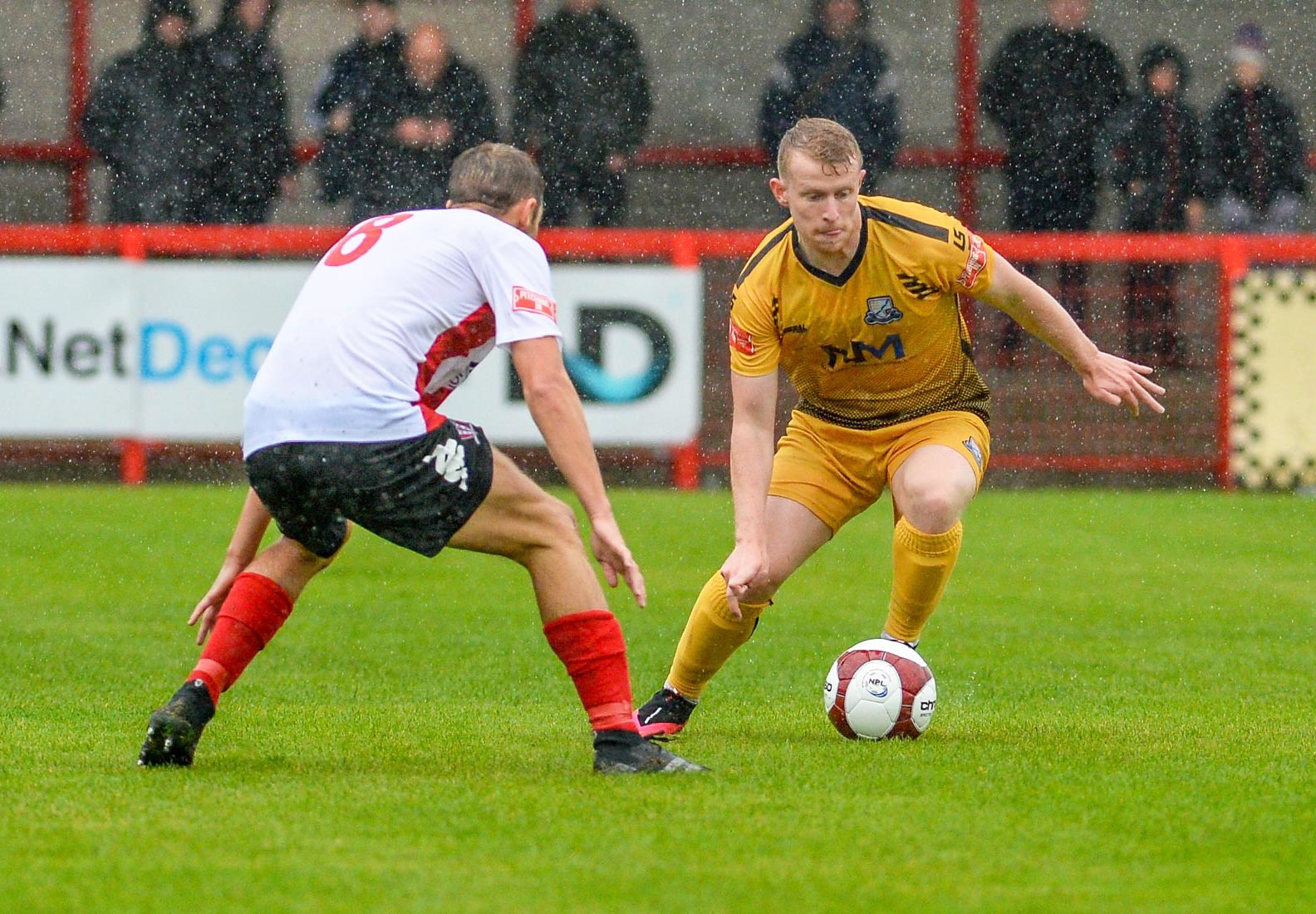 that were financially better, but at the point he is at in his career, he wants to be playing his football in the best environment he possibly can, to be in a position to flourish."

"Our training facilities, the ground, the pitch, the atmosphere created by the supporters are all a huge asset and will challenge anybody in and around this level of football. Along with the culture and provision we are looking to create on and off the pitch, this will hopefully give the players their best chance to perform."

"Kyle comes with a solid number of games at this level and above. He fits the profile of athletic players we are searching for and plays with good drive and energy. He is hungry to impress at this level next season and i think our way of working and style of play will really help him be at the top of his game."

"I think he is a midfield player who can affect a game with the amount of ground he covers and I will challenge him to go and and be a threat in the opposition penalty box. With his attributes and abilities he could definitely get some numbers to his name."

Part of successful, challenging sides, Dixon has the experience and know-how from being in teams that have reached the National League North play-offs, through to Midland Combination titles, Scholesy will want to add to those team accolades in Gainsborough Trinity blue, describing himself as, "A creative midfielder who loves a tackle, I will run myself into the ground for the team and manager and drive everyone on to succeed." Welcome to the club, Kyle. Here's to a successful stay with the Holy Blues.

If you would like to sponsor Kyle Dixon’s home or away shirt, please contact This email address is being protected from spambots. You need JavaScript enabled to view it. or via our social media channels on Facebook, Twitter or Instagram. Prices starting from £100.