Gainsborough Trinity kick off the 2021/22 Pitching In Northern Premier League campaign at home to Witton Albion tomorrow (Saturday 14th August) kicking off at 3pm at the Martin & Co Arena. The Holy Blues welcome Carl Macauley's Albion side to the Northolme, though Tom Shaw's young side won't be holding out the welcome banners. They will be looking to announce their arrival at the level and can take confidence from some pleasing pre-season performances.

The Holy Blues start the season with an average age of 22 in the squad, but what they may lack in experience, they will look to make up for it in energy and enthusiasm. Cheshire based Witton, are a very settled, experienced side, who have kept the nucleus of the side together and see the return of goalkeeper Gregg Hall from near neighbours Nantwich. His return softens the blow of losing Chris Renshaw who stepped up a level to play in the National League North at Curzon Ashton.

On the Trinity front, Tom Shaw is set for a selection headache, with all twenty names in his squad having put forward cases for a start in an intensive pre-season, leaving the Head Coach with a selection dilemma, "There are some difficult conversations to be had, and I am not looking forward to it because I think a lot of these lads already. You work with them, you see how committed they are and you start falling in love with them a little bit. To give them news they don't want on week one, it's not the best part of the role." 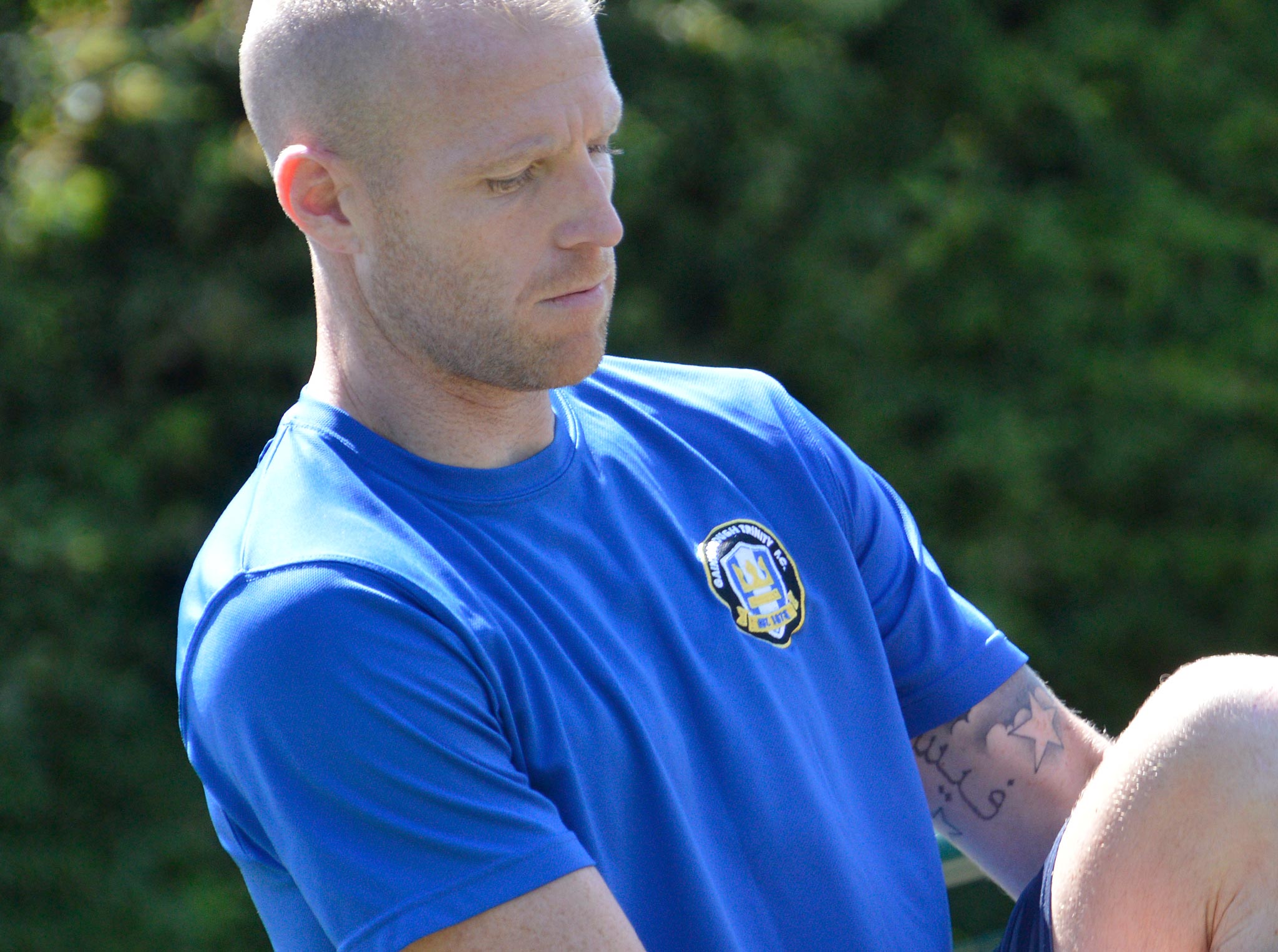 to say, "We've got twelve games in six weeks, we've got loads of football right around the corner and it'll come very fast with not many training sessions in between. Every one of those 20, if fit, I imagine will play some part in the next six weeks."

Just this week, international clearance has been ratified for the signing of Joao Antonio Soares Rangel from Portugal, as well as deals finalised for Jovon Makama and Hayden Cann from Lincoln City, all of whom will add competition for places in the squad.

The welcome return of supporters for this first competitive game since November cannot be understated and we hope as many people can venture down to Northolme and cheer on this new look side. With this game being the curtain raiser, it is also the perfect opportunity to pay tribute to a number of supporters who have sadly left us in the last year. People who will always be a part of the Gainsborough Trinity family, those people including Bob Bailey, Jack Baird, Lynn Bradford, Kevin Gibbon, Liam Guilliat, Geoff Hobart, Stuart Horsley, Barry Johnson, Ernie Moss, Douglas Salt and Geoff Sherwood. A small service of remembrance will start at 14.55 tomorrow, so please arrive a few minutes early to avoid congestion at the turnstiles.

The Blues Club is open from midday and supporters from both sides are welcome to enjoy the matchday experience. For online listeners and post-match viewers, Dale Storey is also back with another season of insight from the press bench.

A printed match programme is for sale on the gate, priced at £2.50. In the event of programmes selling out, additional copies by purchased from our friends at Matchday Creative. In this 40 page edition, we get to know our squad in depth, regular features return with Steve Andrews’ From the Archives, Callum Minkley kicks off the Big Interview this week. Ben Morris answers ten quick fire questions too. We have the Trinity A-Z, a new feature from Pip Anderson after a couple of years out sorting out his memorabilia collection, and we start with the letter A including anecdotes on Carl Alford and The Gunners, plus your regular features including Chairman Richard Kane’s column and pieces by Lewis Carr and Head Coach, Tom Shaw. Supplemented throughout by the excellent photos taken by KLS Photography, this programme is a good value addition to your collection.

The Club Shop is open from 2pm, with a small quantity of the new Nike teamwear and limited numbers of home and away replica shirts in adult sizes. 2021/22 Home shirts, with the Rase Veterinary Centre logo priced at £40, and the away shirt priced at £30, can also be ordered through our club partner Kitlocker, on our online kit shop.

Tickets are available in advance priced at £12 adults, £8 concessions and £4 for under 16s, but purchases are also possible on the gate. We look forward to seeing as many people as possible. It has been a long time coming!