Oliver Greaves has made the short journey from the Proctor Cars Stadium, Matlock to the Gainsborough Martin & Co Arena, home of the Holy Blues in time for yesterday afternoon’s PitchingIn Northern Premier League clash with Radcliffe. A 21 year old attacking midfielder, Greaves went straight into Head Coach Tom Shaw’s sixteen for yesterday’s draw. A product of the Sheffield United Academy, Greaves started the season with the Gladiators, but is one of several recent departures from the Derbyshire side in recent weeks.

Previously, he has spent time at Dover Athletic, and spent a period on loan at Barrow AFC (from parent club Sheffield United), a spell where he made nine appearances under Ian Evatt, in the National League. Now looking to join push on, as he joins the Holy Blues, off the back of a disappointing start to the season personally for the former Blade, Oliver only making two substitute appearances against Nantwich and ourselves, is ready and raring to go. 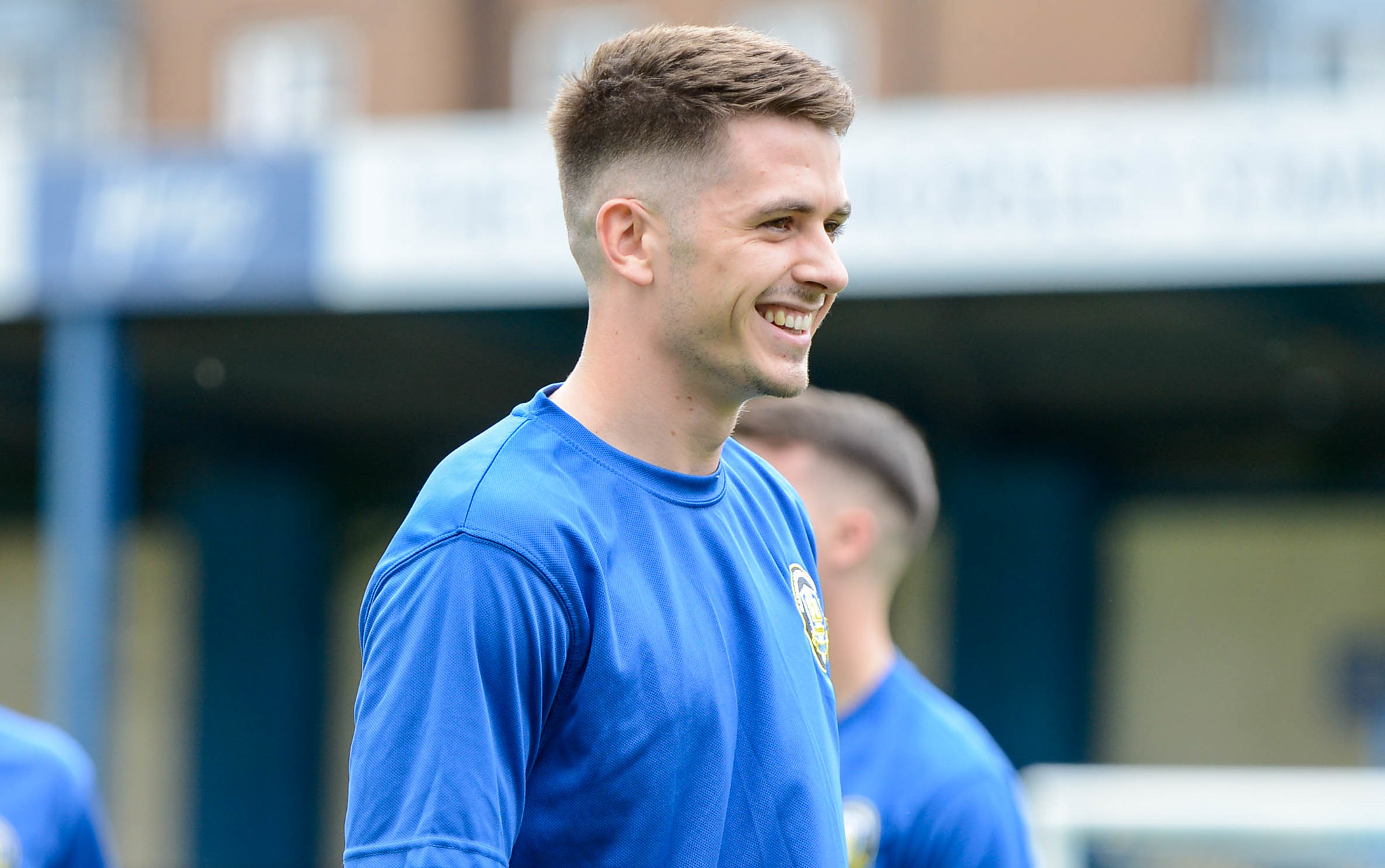 game against Radcliffe, Shaw commented, “Oliver has real quality in the final third. I have known of him for a long time now and I am delighted to be able to bring him into the football club. He has a good pedigree and knows this next move in his career is an important one and we look forward to helping him on his journey.”

Welcome to the club Oliver! We wish you every success in Gainsborough Trinity Blue.