South Shields on Saturday is the destination for Tom Shaw's Gainsborough Trinity side, looking to build on a pleasing run of form that has seen the Blues lose only once in eight league games. Trinity are determined to pick up points and start climbing the PitchingIn Northern Premier League again, beginning with the trek to the North East. Trinity travel to the side sitting in third place, two points off league leader’s Matlock Town and a point behind Buxton having played two games more than the Bucks.

The Mariner's nine home games have yielded five wins, two draws and two defeats. They last tasted victory on the 16th October in a tense 1-0 victory over Matlock. A weekend off last time out after being beaten by Marine in the Trophy will see them rested. Having last played on November 6th away at Atherton, Shields drew 1-1 in a game that saw Darius Osei and Dan Martin sent off, as they were pegged back late. The two look set to miss out due to suspension as the Holy Blues visit Mariner's Park.

Trinity away from home have struggled to record results, but have put in a number of improved performances and will be looking to continue turning those improved performances into positive results. An example being the last quarter of an hour against FC United where Shaw's men almost clawed back a three goal deficit at the death. Games between the sides have always been close battles, with Trinity often handicapped on trips to one of the Northern Prem's highly fancied sides. Last time the two sides met at Mariner's Park, Trinity saw Joe Maguire sent off whilst going down by two goals to nil. The time before, Ross Hannah was sent off in the first half, while Nathan Stainfield ended up between the sticks as Jon Stewart was unable to complete the game. A narrow one nil defeat a bitter pill to swallow after the side had given their all. 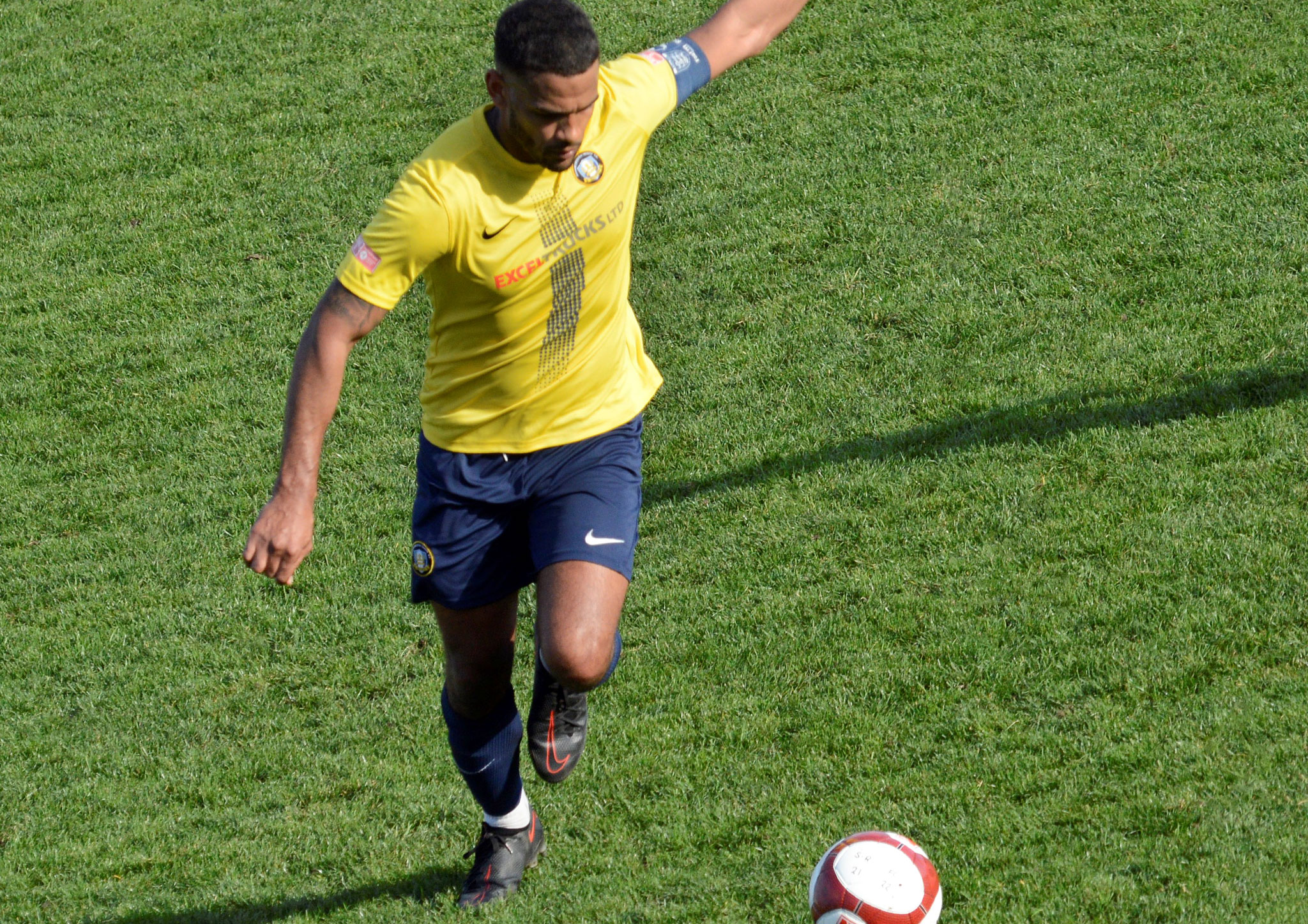 ay out from the back, joint managers, Lee Picton and Graham Fenton, have almost started afresh this season. Turning professional, they have recruited a more youthful squad, with a sprinkling of more experienced players that have been thsre a while now. All this making for what should potentially be quite an engaging, enthralling encounter.

Shaw continues to have the sort of selection headaches he has craved since taking up post in the summer, as the squad twice trained well in midweek, in readiness for the weekend's clash:

"We are travelling up North with an understanding and appreciation of the challenge ahead, everybody outside of what we are doing probably gives us little hope, but we are going up there fearless. We are humble enough to know how well we will have to play to come away with something, but we have lost 1 out of the last 8 league games. We have taken 13 points and we have been improving week on week. Improving the Quality of player and then adding detail to our way of playing makes us better, learning from our experiences up to this point and carrying those lessons forward makes us stronger and having more knowledge of the level and what comes with it is helping us".

"We will get an honest review of where we are at compared to what should be the best in the division tomorrow and I am looking forward to seeing how that plays out. We will run hard, try to gain some control of the game and hopefully have our spells on top. It is a test we are excited by and a fixture in which we want to show everybody what we are capable of. Wishing a safe trip to supporters that are travelling up and we will give it our best to give you something to cheer about."

Tickets are priced at £10 adults, £8 concessions and £3 for U16s and can be purchased online here. We hope as many of you as possible can follow us on our journey to the 1st Cloud Arena, and make your voices heard amongst a bumper crowd. As ever, your support is fantastic and valued by all of the players, staff and officials. In other news, the away game against Nantwich has been rearranged for a third (hopefully lucky) time. The date set is Tuesday 30th November 2021, kicking off at 7.45pm.