Gainsborough Trinity open the 2022/23 Pitching In Northern Premier League campaign on the road, with a trip to newly promoted Warrington Rylands. Following a hectic pre-season, that saw Neal Bishop and Damon Parkinson appointed Joint Managers after the departure of Tom Shaw, the Holy Blues have regrouped, and worked hard to recruit a playing squad capable of improving on last season’s 16th place finish, and push on, higher up the table.

As pre-season results have gone, the Trinity faithful have been rewarded with some exciting attacking displays, with a young, hungry squad looking to settle into an exciting style of play – described in some quarters as prime Newcastle United, under Kevin Keegan! Eleven players could potentially make their Gainsborough Trinity debut on Saturday afternoon at Rylands after a busy summer of ins and outs. Last season's favourites ready for a second campaign in Trinity blue include Matt Yates, Isaac Rice, Cieron Keane, the returning Liam Waldock, Brad Grayson and Prosper Keto. Other names could still be added as Matt Boles' fax machine is set to go into overdrive. 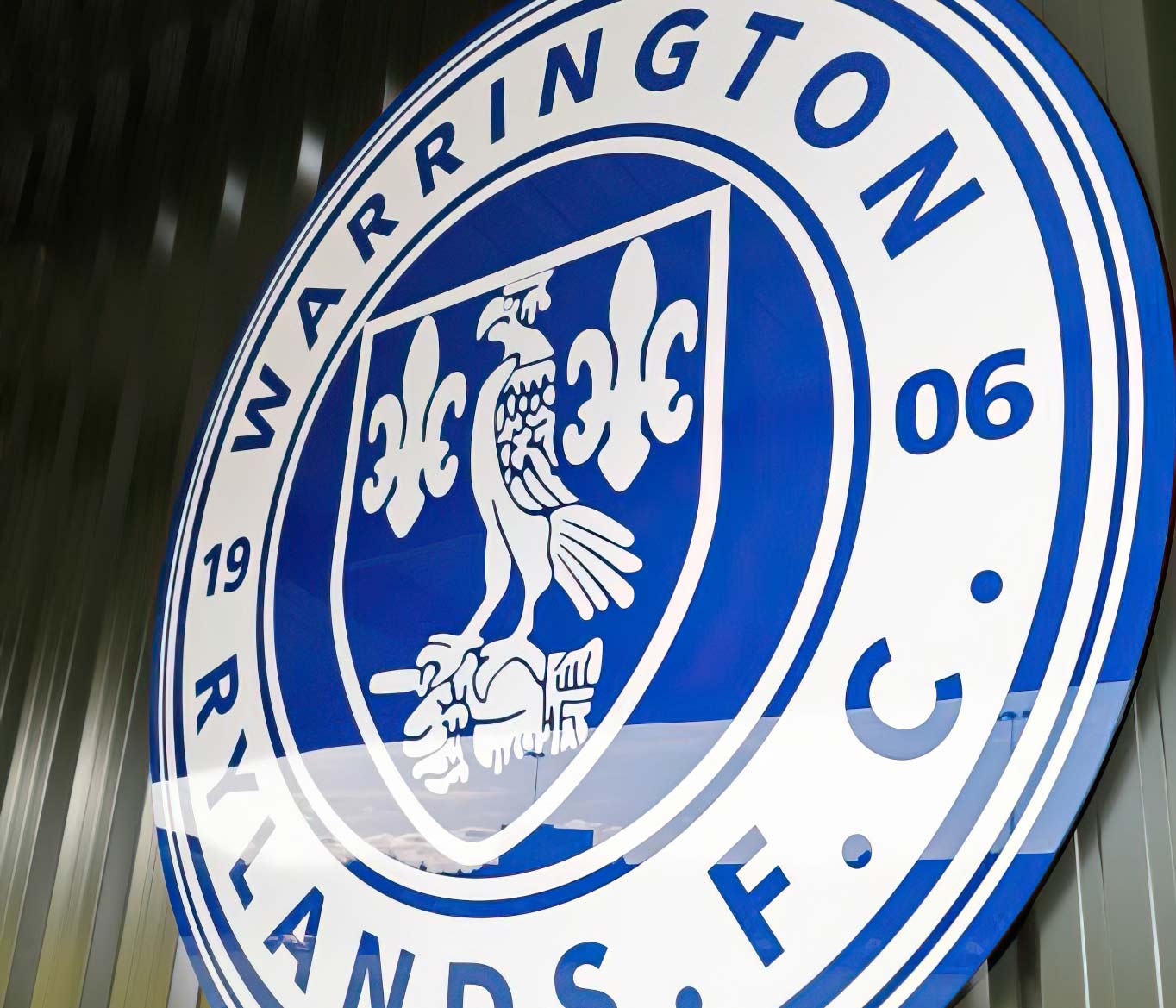 1906, Warrington Rylands 1906 Football Club play their home games at Gorsey Lane, a 1,345-capacity ground, where floodlights were added,021 as recently as 2019. The Blues, as they are known, are managed by David McNabb – and won promotion last season from the Northern Premier League Division One West

Played for Both: Goalkeeper Mikey Emery played for both clubs, appearing at Wembley for the Warrington based outfit, in their FA Vase win back in 2021.

The Dave Longstaff Martin and Co Arena to Gorsey Lane, Warrington, WA2 7RZ 108 miles via M62, approximate time 2 hours 15 minutes. Admission Adults: £10 Concessions: £7 (16-18 and 60+) Under 16s: £2. All entrance is pay on the gate, with both cash and card payments accepted. Away supporters are advised that Stretties Bar, within the main complex at the ground, will be open to supporters before and after the game.

Aston Villa vs Everton will be shown before the game, with Brentford vs Manchester United afterwards. There is also a bar inside the ground, with food refreshments and picnic benches, to hopefully enjoy the mid-August sunshine. For those driving, there is free car parking within the ground. Rylands have also just completed the construction of a new stand at their Gorsey Lane home, which includes their 1906 Sponsors Lounge and changing facilities.

Our arrival will see the first competitive fixture in which these facilities have been used! As ever, we are hopeful of a good following from Gainsborough, as we look to make a positive start to the 2022/23 season. And while hope springs eternal at the beginning of the season.. any dreams are still possible! Safe travels to everyone making the trip to Warrington Rylands with us & here's hoping that your journey home at 5pm, is a happy one!

Other fixtures in the Pitching In Northern Premier League on Saturday 13th August. All games kicking off at 3pm: