Less than 48 hours after suffering a first defeat of the 2022/23 campaign, Neal Bishop and Damon Parkinson's side take to the field again on Bank Holiday Monday looking to put in a performance to erase from memory, the disappointment of Saturday's loss to Lancaster City. The management duo look set to freshen things up ahead of the game with Matlock, on what looks to be another baking hot afternoon.

Neal Bishop and Damon Parkinson will first have to carry out a head count, with a number of the squad already suffering with knocks and niggles going into the game. With the average age of the young group, you would hope they can prepare properly, recover quickly and roll from the hurt of Saturday's defeat to channel their energies into a positive performance against one of the pre-season promotion favourites.

Paul Phillips' side feature a number of 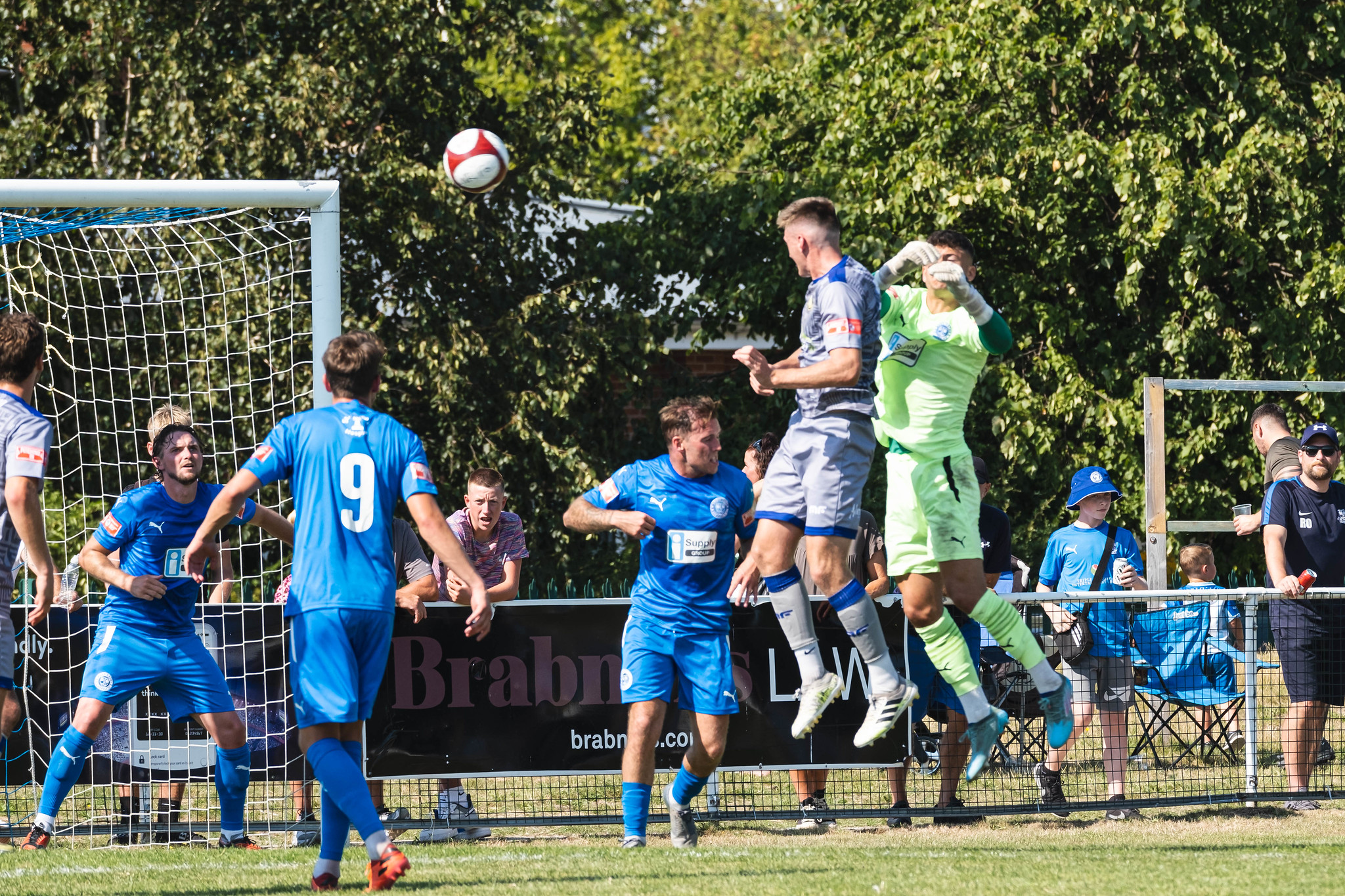 former Trinity players in their ranks, though not as many as in previous seasons. Alex Wiles, who spent two spells with the Holy Blues under Dom Roma & Curtis Woodhouse, scored the only goal of the game against Atherton on Saturday. Also in the Gladiators side on Saturday were 'keeper James Pollard, centre back Ioan Evans, midfielder Callum Chippendale and mercuial forward Alex Byrne.

Therefore, Trinity sit in 14th on 6 points from f

ive games with a plus one goal difference, a place below Matlock who have garnered seven points from their five games to date. Having won one and lost one so far at the Proctor Cars. Can Trinity inflict a second home defeat on the Gladiators, whilst building on a win and a draw on our travels? Only time will tell as we head to Derbyshire!

Entrance is pay on the gate, with both cash and card payments accepted. Season Tickets are valid for this game. Tickets can also.be purchased ahead of the game by heading to Matlock's online portal, linked here. Parking on the adjoining cricket ground is available, at £4 a vehicle. Please be mindful that Marlock on a Bank Holiday Monday is usually a popular destination for day trippers, so factor that in to your itinerary for the day.

Elsewhere in the August Bank Holiday Monday Pitching In Northern Premier League programme, there is a full fixture list scheduled. All games kicking off at 15:00.