It's a quick turnaround as Gainsborough Trinity welcome Saturday's opponents Long Eaton United to the Dave Longstaff Martin and Co Arena on Tuesday evening (7.45pm kick off) for the replay of our Emirates FA Cup Second Qualifying Round tie. Saturday's game ending in a one all draw after Tom Cursons gave Trinity a second bite of the cherry, with his strike nine minutes from time. The game on the Northolme will be played to a conclusion, with extra time and penalties on the menu, should they be required.

The winner of the bout will progress to the third qualifying round, one game before the National league teams enter and two fixtures before the football leagues' bottom two tiers join the world famous competition. The two teams find out their potential opponent a day later than normal (on Tuesday lunch time). With prize money of £3,375 for the winners (and £1,125 for the losers) up for grabs, the Board of Directors have again agreed to a reduced admission for this cup tie, in the hope a sizable crowd can be the difference as the Holy Blues look to overcome a well drilled, hard working Long Eaton side, managed by Ian Deakin.

Iren Wilson is all set to 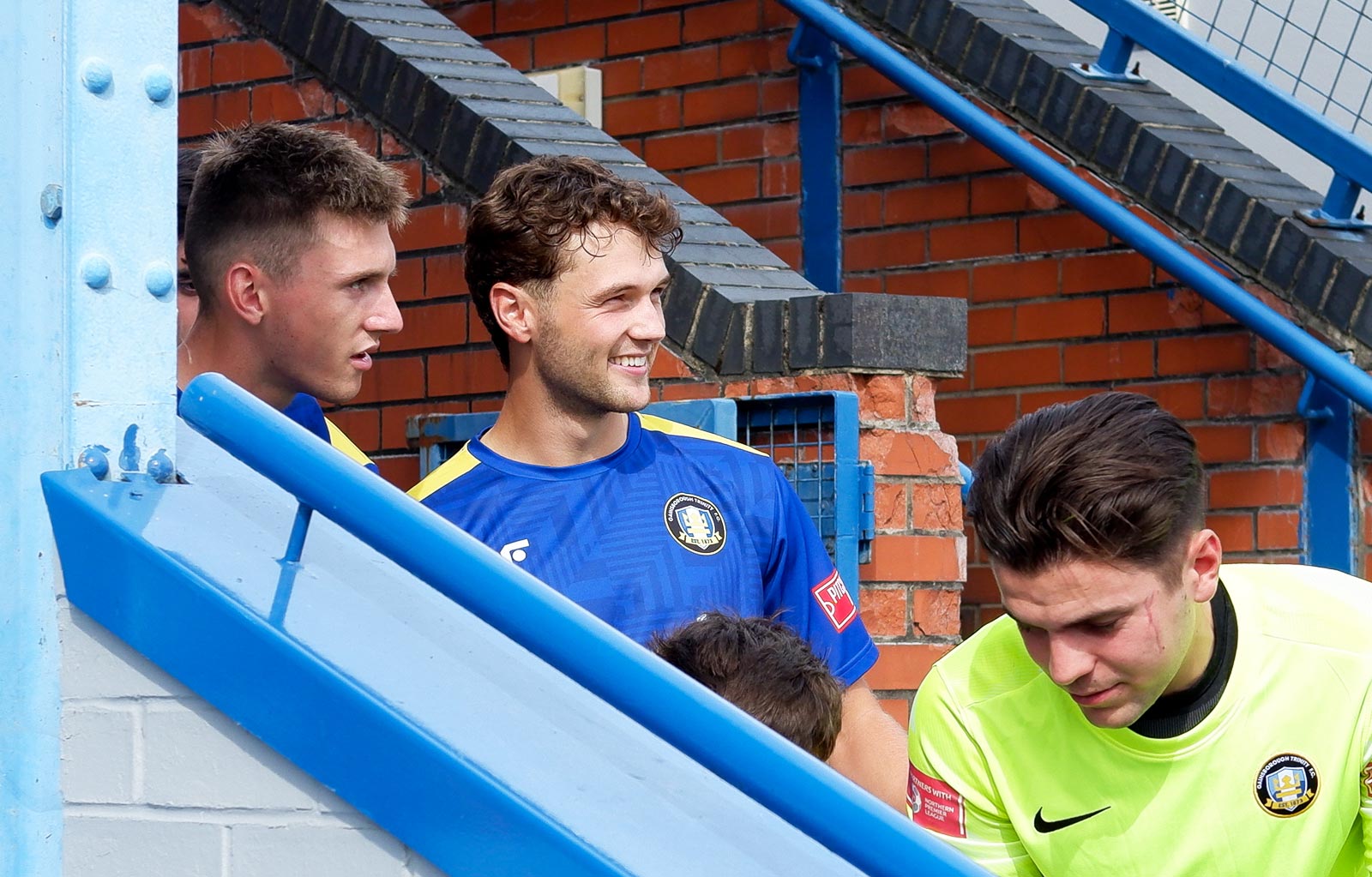 make his home debut having impressed in the previous two away games following his arrival from Hallam. Wilson netted inside five minutes of his debut, having come on as a second half substitute in the 0-6 demolition of Whitby last midweek. Entry to the game is priced at £10 for adults, £6 for concessions and £2 for U16s. Can you make the difference and help Trinity through to the next round? Great value for real football, live and in person! A reminder that season tickets are not valid for FA Cup games.

The Blues Club offer a meeting place for both home and away supporters ahead of the game, with a large se

lection of liquid refreshments. There's also a pool table and multiple screens around the social club with Sky and BT Sports. After the game, the players from both sides head over to the Blues Club for their post-match food, where they frequently interact with supporters, all adding to the bond that is non-league football.

Due to the funeral for Queen Elizabeth II, being held on Monday and the subsequent Bank Holiday, we have no way of printing a match programme for this game, ahead of the fixture. A lack of couriers working up and down the country means a logistical nightmare for the programme team! We will endeavour to produce a digital version that will be available to download. And issues will be available for people to order retrospectively, through our fantastic partners at Matchday Creative.

With the Holy Blues needing to replay against Long Eaton - and a few games in the league already rearranged for this midweek, Trinity could fall further behind others in terms of games played. Guiseley host Matlock, while Marske United travel to Warrington Rylands. Rylands and Guiseley are two of the four teams (including Gainsborough) on ten points, although both have already played a game more - two more after Tuesday.

The two M's, Marske and Matlock sit side by side in the playoff spots, occupying 4th and 5th. Both with 14 points, the Gladiators reaching that tally by virtue of playing two more games than newly promoted Marske, who are averaging two points per game from their seven played.

The only other Northern Premier League club to be involved in a Tuesday night replay is Liversedge who travel to National League North 'cup experts' Chorley after a last gasp Paul Walker equaliser, on Saturday. So despite a truncated programme, there is plenty to keep an eye on around the grounds!