Three of the next five league games are at home, starting on Saturday against Bamber Bridge, before Morpeth Town visit the Dave Longstaff Martin and Co Arena on Tuesday (7.45pm) and Ashton United on November 12th. With the trio of Trinity home games on the agenda, Neal Bishop's side will be determined to add to the solitary league victory on Northolme (the 4-0 victory over Stalybridge).

Brig arrive in Lincolnshire, on Saturday, three places and a single point better off, by virtue of playing a game more than the Holy Blues. Managed by Jamie Milligan the former Everton, Blackpool and Fleetwood Town midfielder (and ex England U21 international) Bamber Bridge, similar to ourselves, look to play a good brand of football, which should make this match one of the picks of the weekend's Northern Premier League schedule.

Bishop's Blues began October with defeat in the FA Cup, but go into the clash with Bamber Bridge with three wins, a draw & that loss against Worksop, and as such Trinity should head into the game full of confidence. Similarly, Saturday's opponents also started the month exiting the FA Cup with a home defeat. Brig losing 0-3 at the Sir Tom Finney Stadium. Defeated by last season's NPL Champions Buxton. A 1-1 draw away at Morpeth was followed by a 6-1 defeat away at Macclesfield in the Trophy before narrow 1-0 wins over Nantwich Town and more recently Hyde United at home. All in all making it two wins, one draw and two defeats in their October schedule so far. Their last league defeat came on the 13th September when they lost one nil away at Stalybridge's Bower Fold.

Away from home, Milligan's men have picked up four points from their five games on their travels, whereas Trinity have seven points from six at home in the league. 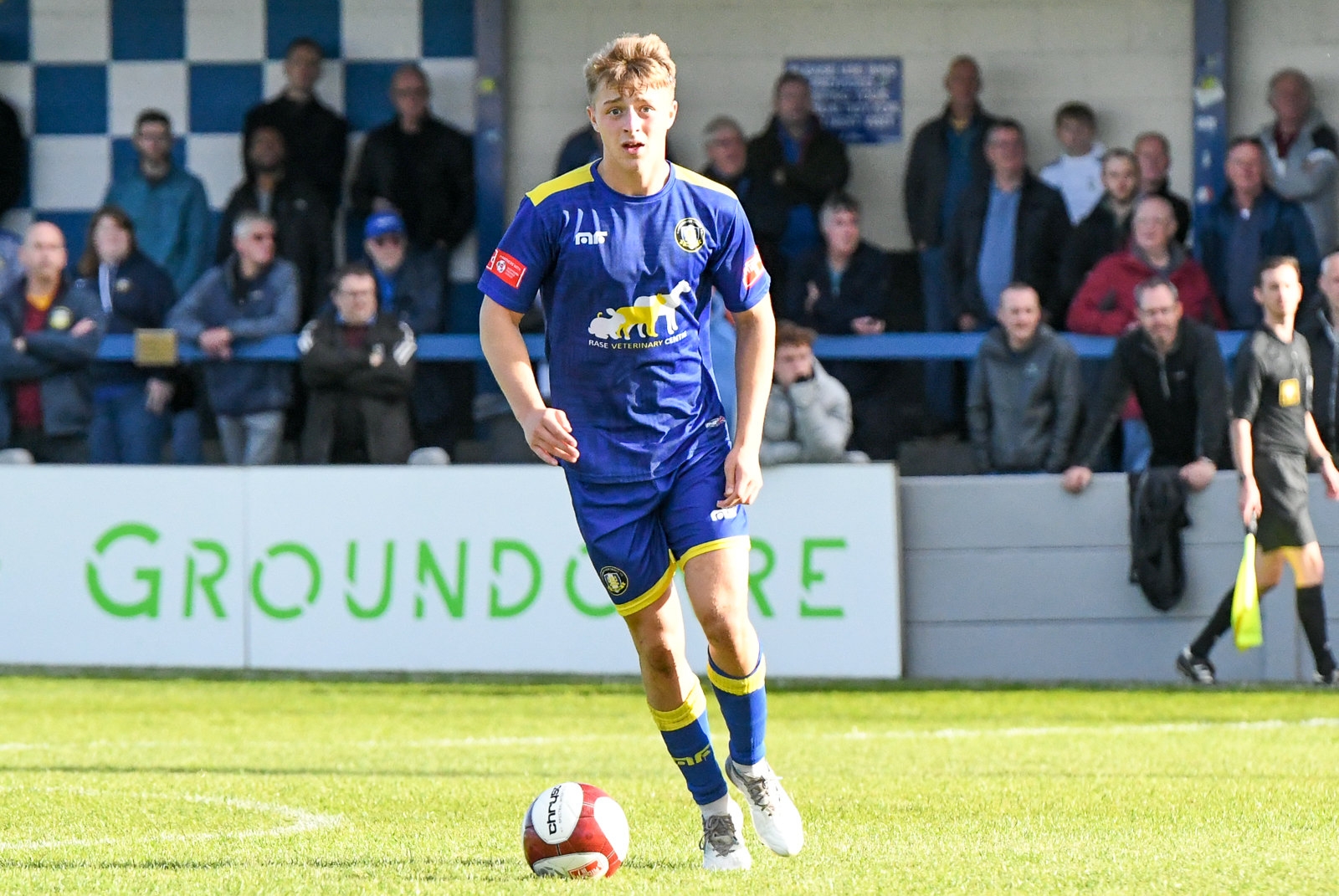 Goals are shared around both teams, Bamber with eleven different scorers, compared to nine different sources for the Holy Blues. Whereas Fin Sinclair-Smith tops the visitor's leaderboard on six, Clayton Donaldson & Liam Waldock have twenty goals between them, with notable contributions from Curtis Durose, Jack Dyche & Andrew Wright.

Inside the bumper 40 page edition of the Gainsborough Trinity Matchday Programme, there is an exclusive interview with Trinity's Cieron Keane. Absent for a large part of the campaign, the interview brings you up to date with the latest from one of the remaining favourites from last season's squad.

Hayden Cann answers the first and last feature, while Russell Dickens fantastic photos feature both on the cover - and in the snapshot galleries from our 2-2 draw with Atherton Collieries, last time out.

Stepping back in time, to have a look at our history, Steve Andrews dives under the bed to look back at recent games. Nathan Jarman is the feature of Phil Anderson's Gainsborough Trinity A-Z. And you're kept up to date with the thoughts from inside the camp with the views of boss Neal Bishop and skipper Andrew Wright. All this and more available at the turnstiles priced at £2.50. Grab yours before they're gone!

There's a full schedule in the Pitching In Northern Premier League. Listed below, with all teams' positions detailed alongside, why not make your predictions and see where the Holy Blues could be, by 5pm