The Holy Blues are due back in home league action for the first time since the 2-2 draw against Radcliffe back on the 26th November, and Neal Bishop’s Holy Blues are looking to start 2022 with a bang as we welcome Matlock Town to the Dave Longstaff Martin and Co Arena. Thirty days since last taking to the field, everybody of a Gainsborough Trinity persuasion will be looking for a bumper crowd, to be the twelfth man, as Trinity look to continue dining with the leading lights of the 2022/23 Pitching In Northern Premier league table.

Assistant boss, Darryn Stamp gave this update ahead of the New Year’s game, "It seems ages since we’ve played a game, but the boys are itching to get back out on the pitch for the second half of the season. We’ve put ourselves in a great position and have been frustrated with the cancellations in December. There’s only so much you can do in training and, as tough as it has been, there’s no replacement for playing games."

"There’s also been a bit of movement in the squad since our last game against Hyde with Fin and Harry returning to Scunthorpe and Cody going back to Mansfield after their respective loans, but we’ve brought in Charlie Carter and Bailey Conway and hope to have one or two more through the door in the next few days. Hopefully, the fans will have missed the games as much as the players and we will see a bumper crowd at the Northolme for Monday’s game." 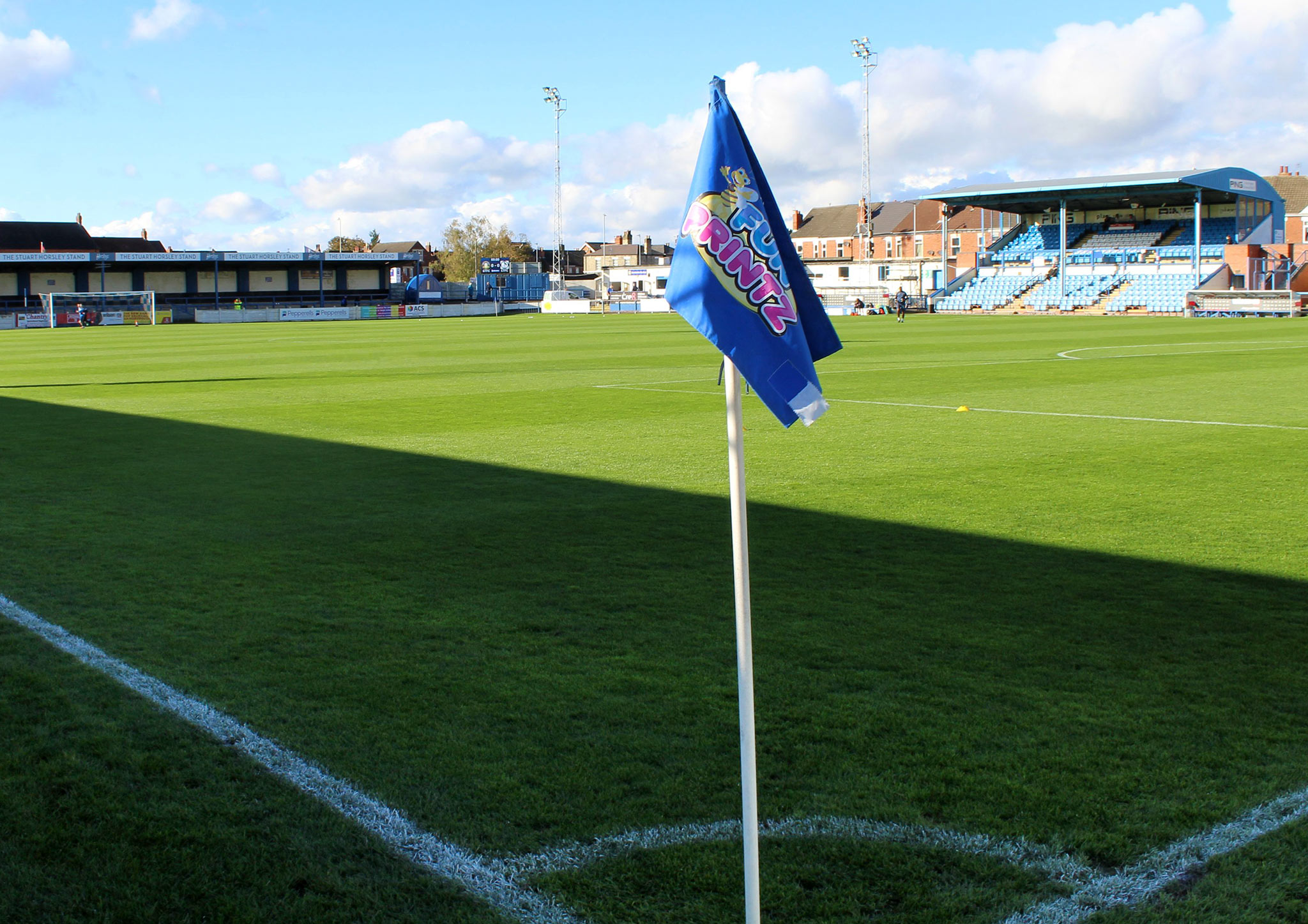 to within a point of the Holy Blues, while FC United of Manchester and Matlock moved to within two points of Trinity. The chasing pack all either having played the same number of games, or Neal Bishop’s Gainsborough Trinity having points on the board, and games in hand.

Neal Bishop’s tight knit squad have benefited from a couple of sessions at the Venue, the clubs’ training complex in the period between Christmas and New Year. With everybody undoubtedly disappointed not to have a game on Boxing Day, the players have given their all on the training ground to ensure they are fit and firing come 3pm on Monday.

The Gladiators are currently on their third permanent managerial team of the season. Having started the season under Paul Phillips, he was replaced by ex Boston United boss Craig Elliott. Elliott then opting to step back up to the National League North, when Buxton came calling. Former Basford United and Ilkeston Town manager, Martin Caruthers taking the Matlock hotseat in December, as the Derbyshire outfit strive for some consistency. To be expected, with such managerial upheaval, there has also been some considerable movement player-wise. A couple of the former Trinity contingent have moved on since the August Bank Holiday fixture: Callum Chippendale joining Guiseley and Alex Wiles stepping up to Scarborough to name but two.

This game kick starts our 150th year since Reverend George Langton Hodgkinson, the vicar of Holy Trinity parish, established Trinity Recreationists – and as Chief Executive Officer Matt Boles alluded to, in his Christmas address, there are lots of exciting things planned to celebrate this most exciting of anniversaries. A victory for Neal Bishop’s boys would go a long way to starting these celebrations in style!

There’s a new look cover for the Trinity Matchday Programme, Holy Blue Review priced at £2.50 and available on the turnstiles, upon entry to the ground. Featuring Club Captain Andrew Wright for this edition. Produced in collaboration with our friends at Matchday Creative, new signing Bailey Conway features in our First and Last series, helping us to get to know our new midfielder. There’s the inside track from Blues’ boss Neal Bishop. All the information on our opponents Matlock Town, plus regular contributors Steve Andrews (Under the Bed) and Phil Anderson (The Trinity A-Z) head back in time to give us a flavour of the past. Ahead of a rare visit this season, Dale Storey shares his thoughts on the game ahead, but also reviews the seasons so far of the other Lincolnshire clubs. There’s also a rare rambling from the editor about postponements, that may be of interest to a few!

A special shout out to our fantastic sponsors, who are backing the club for the fixture: Gainsborough Trinity Supporters Club! We also have Freddie Woodcock leading the side’s out, with Freddie our first mascot of the New Year! Here’s hoping young Freddie is our lucky mascot, as we look to start the New Year in style!

There is another full schedule of Pitching In Northern Premier League football planned for Monday 2nd January, as the New Year is ushered in, with all but Belper’s clash due to kick off at the traditional 3pn, Bank Holiday time.