Four days is a long time in football and so it proved for the Holy Blues, who bowed out of the Emirates FA Cup at the first hurdle on Tuesday evening, succumbing to a 3-0 defeat away at AFC Mansfield of the Northern Counties Eastern League. Described as chalk and cheese, Trinity just didn’t get going and couldn’t match the hunger and desire of their lower ranked opponents. Curtis Woodhouse made just the one change to the side which had performed admirably in defeating Hyde United at the Martin & Co Arena on Saturday. The one change saw Gianluca Bucci handed a start, following the injury sustained by Jack Walters, the Blues naming only three outfield players on the bench.

A quartet of former Trinity players were in the AFC Mansfield line up, Josh Wilde at left back, Matt Wilson at centre half, Jon D’Laryea in the centre of the park and Lynton Karkach on the right of midfield, giving a familiar feel to the opposition side. Ross Duggan had a couple of long range sighters in the opening exchanges that barely troubled Tom Jackson in the Trinity goal, but on nineteen minutes, a quickly taken free kick was taken. Received by Matt Sykes on halfway, he was given time to turn. Got at the Gainsborough defence and slotted the ball into Duggan who finished across Jackson to give the home side a deserved lead.

Liam Marsden propelled a series of long throws into the box, one of which Matt Wilson headed straight at Jackson, before Duggan twisted and turned before firing a left footed effort inches wide of the post. Reco Fyfe fashioned an opportunity out of nothing, but shot tamely at Hugo Warhurst. Martyn Woolford then looked to unlock the Mansfield defence with a reverse pass, AJ Greaves shooting straight at Warhurst when well placed.

Greaves then turned provider as Fyfe then went closest to registering for Trinity, but Warhurst denied the forward low down to his right after a clever ball slipped the former Ilkeston Town man into the box, one on one. Half time, AFC Mansfield 1, Gainsborough Trinity 0.

Woodhouse made a double ch 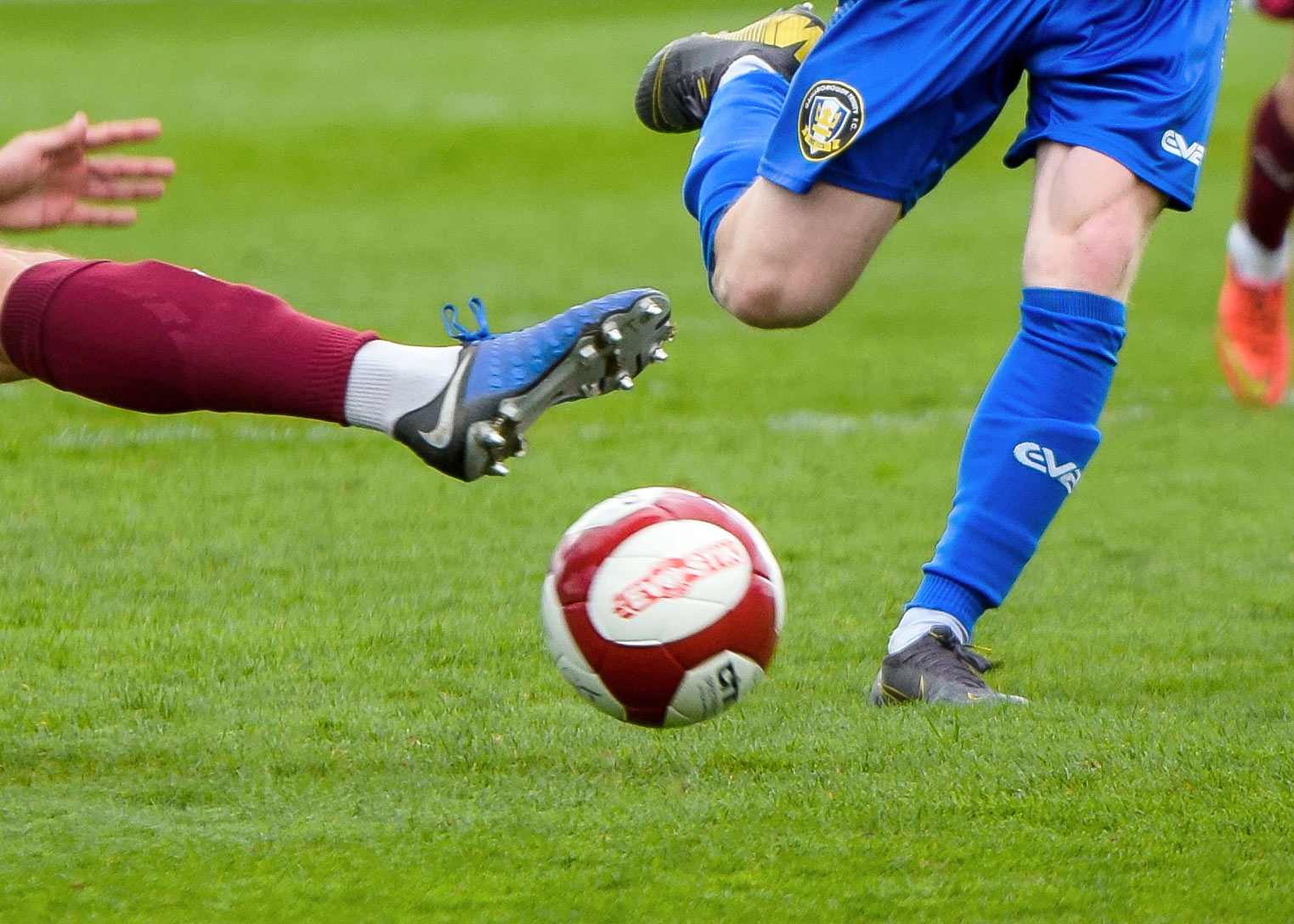 ange at the break, as the Blues lost Alex Wiles to injury and the boss threw Rod Orlando-Young into the fray to add some pace and thrust to the Gainsborough attack. Immediately after the restart though, the home side doubled their advantage, when skipper Phil Buxton diverted a deflected left-wing cross to settle the nerves of the lower ranked opposition.

Despite the two-goal disadvantage, so early into the second half, Trinity looked to rally, but really struggled to get a foothold in the game. From a Martyn Woolford set piece, Simon Ainge planted a header narrowly the wrong side of the upright, before Orlando-Young ran at Matt Wilson and won a penalty. Talisman Gregg Smith stepped up to thump the penalty down the middle, only to see his strike thunder against the bar, rebounding back into play. A controversial award, in the view of the home faithful, the miss - celebrated like a goal by the players.

With that came and went the Holy Blues’ best opportunity to get back into the game as Smith injured his groin in the striking of the spot kick and was unable to see out the game, with Woodhouse having made all three permitted changes. Luke Lofts looked bright as he got a valuable 45 minutes under his belt, following a disrupted pre-season, but he couldn’t test Warhurst in the Mansfield goal.

Two minutes from time and the ‘Bulls put the icing on the cake for the home side, consigning the Blues to a three nothing defeat and an FA Cup exit with tails firmly between the legs. A breakdown in communication between ‘keeper Tom Jackson and substitute Lewis Dennison, saw Ben Algar slot into the unguarded net.

Good luck to our opponents in the next round of the Emirates FA Cup, as the Blues bow out at the first hurdle, with Curtis Woodhouse left to pick up his side ahead of a tough test against perennial play-off contenders, Warrington Town. Full time, AFC Mansfield 3, Gainsborough Trinity 0.