Gainsborough Trinity made a dream start to the season with a fine victory over Hyde United, with a goal in each half. Reco Fyfe netting midway through the first half and Gregg Smith doubling the Trinity tally on sixty-six to take the sting out of a spirited Tigers comeback. AJ Greaves went straight into the starting eleven following his one month loan spell from Doncaster Rovers and immediately looked at home with an all action display at the heart of the Trinity midfield.

Hyde started the game on the front foot, but as the Holy Blues settled, Gregg Smith opened up the play with a clever switched ball & Reco Fyfe combined well with Lewis Collins on the left, with the former Ilkeston Town man cutting in, onto his right foot and planting an effort beyond Joe Green to settle the home sides’ nerves. Matty Dixon then saw a rasping effort from fully forty yards helped over the bar. And Smith saw his header cleared off the line by Kingsl 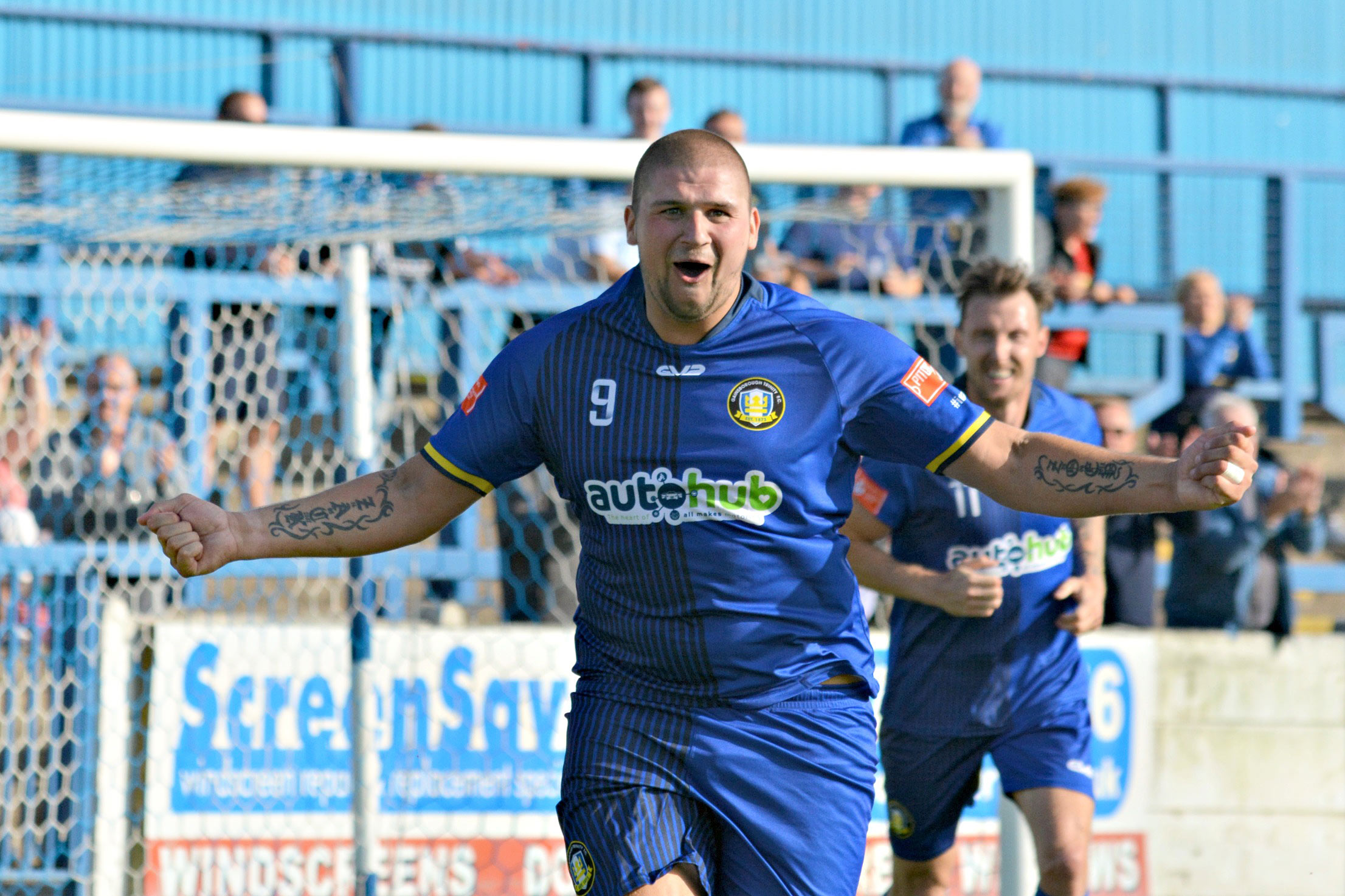 ey James, from the resultant corner.

Martyn Woolford should have done better when well placed. From Fyfe’s cross, Smith knocked the ball down for the veteran midfielder, only to see his effort fly over Green’s bar. Half time, Gainsborough Trinity 1, Hyde United 0

Jack Dyche had the first sight of goal for Hyde, but his effort was straight at Tom Jackson. Jackson was again on hand to make a smart stop at his feet to deny James’ thumping effort from the edge of the box, to keep the Holy Blues' noses in front.

In a mad few moments, the ‘keeper then blocked a point-blank header from Tom Pratt before Woolford went close, rifling an effort wide from twenty yards, just before Smith doubled the lead. Fyfe and Collins combined again to tee up the Trinity number nine, to open his account, giving Green no chance with a header from eight yards out.

Simon Ainge then powered a header goalwards, that was cleared off the line by Kyle Brownhill And there was still time for Joe Green to be called into action again, denying substitute Rod Orlando-Young with a flying save away to his left! Full time, Gainsborough Trinity 2, Hyde United 0