The Holy Blues maintained their 100% home record, with a resounding 5-1 victory over Whitby Town on Tuesday evening, continuing on, performance-wise in the same vein as Saturday's defeat to Warrington. Two debutants were drafted in, Tyler Hamilton on the left of midfield and centre back Kamarl Grant, the latter whose paperwork only landed at 4pm on the eve of the match. James Williamson missed out through injury, while AJ Greaves had to settle for a place on the bench.

Rod Orlando-Young netted four times, two in each half, as scintillating Trinity were too much for Whitby Town to handle under the lights at the Martin & Co Arena, the other goal coming from Grant on his debut. The Holy Blues made a blistering start to the game, with Orlando-Young netting inside the opening 7 minutes. He entered the left hand edge of the area and fired across the goalkeeper, kissing the far post on it's entry to the net. 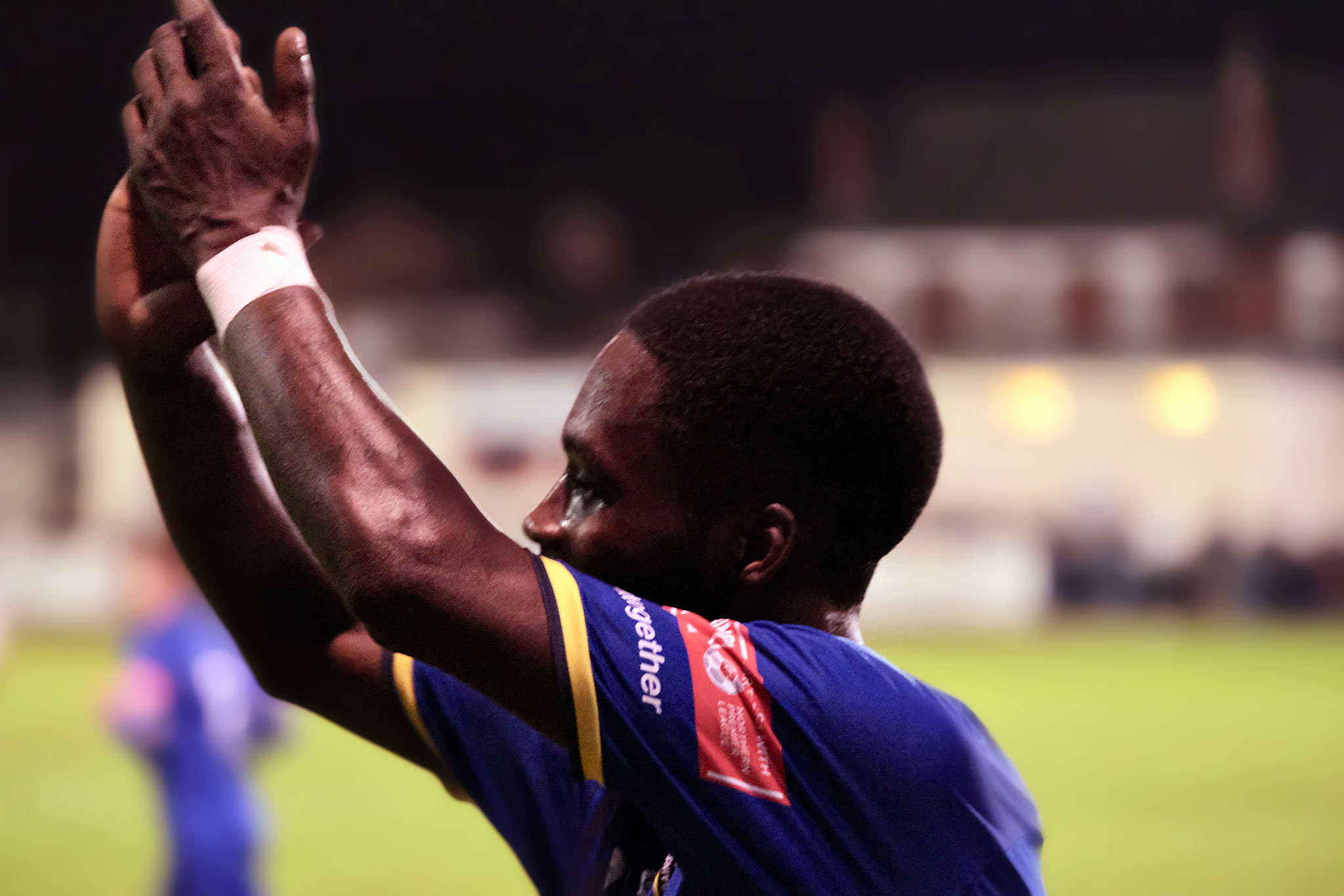 led his tally to set the Northolme faithful into dream land on thirteen. A mix up between Shane Bland and Jassem Sukar as the ball was played over the top, was gambled on by the Trinity flier, who raced onto the opportunity and put into the unguarded goal.

The home side attacked with verve and style and could have further extended their advantage with Reco Fyfe's tireless efforts deserving of a goal. Luke Lofts pulling the strings and carrying the fight to the Seasiders. Former Trinity man, Jacob Hazel grabbed one back in first half stoppage time, nodding the ball home after the Blues failed to deal with a Heaney corner. But Curtis Woodhouse was to address things at the break and send his side out with renewed purpose. Half time, Gainsborough Trinity 2, Whitby Town 1.

To the delight of towering centre back , Jamarl Grant, he got on the end of a Martyn Woolford corner to restore the two goal advantage and settle any nerves within the Trinity camp. Shortly after Trinity's third, Whitby were reduced to ten men, when a second yellow card was brandished, Jonathan Burns recieving his marching orders.

Orlando-Young completed his hat-trick, after more good play down the left, Harrison Foulstone releasing the fleet footed forward, who slotted past Bland. And there was even time for him to add his fourth and Trinity's fifth as Lewis Collins was primed to replace the forward. Substitute Lewis Dennison delivering a pinpoint cross for Orlando-Young to crash home past the hapless Shane Bland. Rod, in typical Rod fashion, leaving the pitch at the nearest point, in line with FA guidance, completed a celebratory lap of honour in the process. The perfect icing to a fine team, and individual performance. And leaving just the seven days until Nantwich Town are next to visit the Northolme. Full time, Gainsborough Trinity 5, Whitby Town 1.