Gainsborough Trinity’s unbeaten home start to the Pitching In Northern Premier League campaign came to an abrupt end on Saturday evening as Witton Albion ran out 1-3 winners on a warm Autumn afternoon on the Northolme. Despite taking an early lead, the Holy Blues were undone by three defensive errors, with the visitors clinical in taking the chances presented to them to head back to Cheshire with all three points.

Curtis Woodhouse made just the one change to the side that had beaten Whitby Town 5-1 in the side’s previous outing. AJ Greaves coming back into the starting line-up, replacing Martyn Woolford, who dropped to the bench. Alex Wiles was named amongst the substitutes, having recovered from his muscle injury picked up in the FA Cup defeat to AFC Mansfield.

A fast-paced opening saw the Holy Blues in front inside four minutes, when Rod Orlando-Young was on hand to f 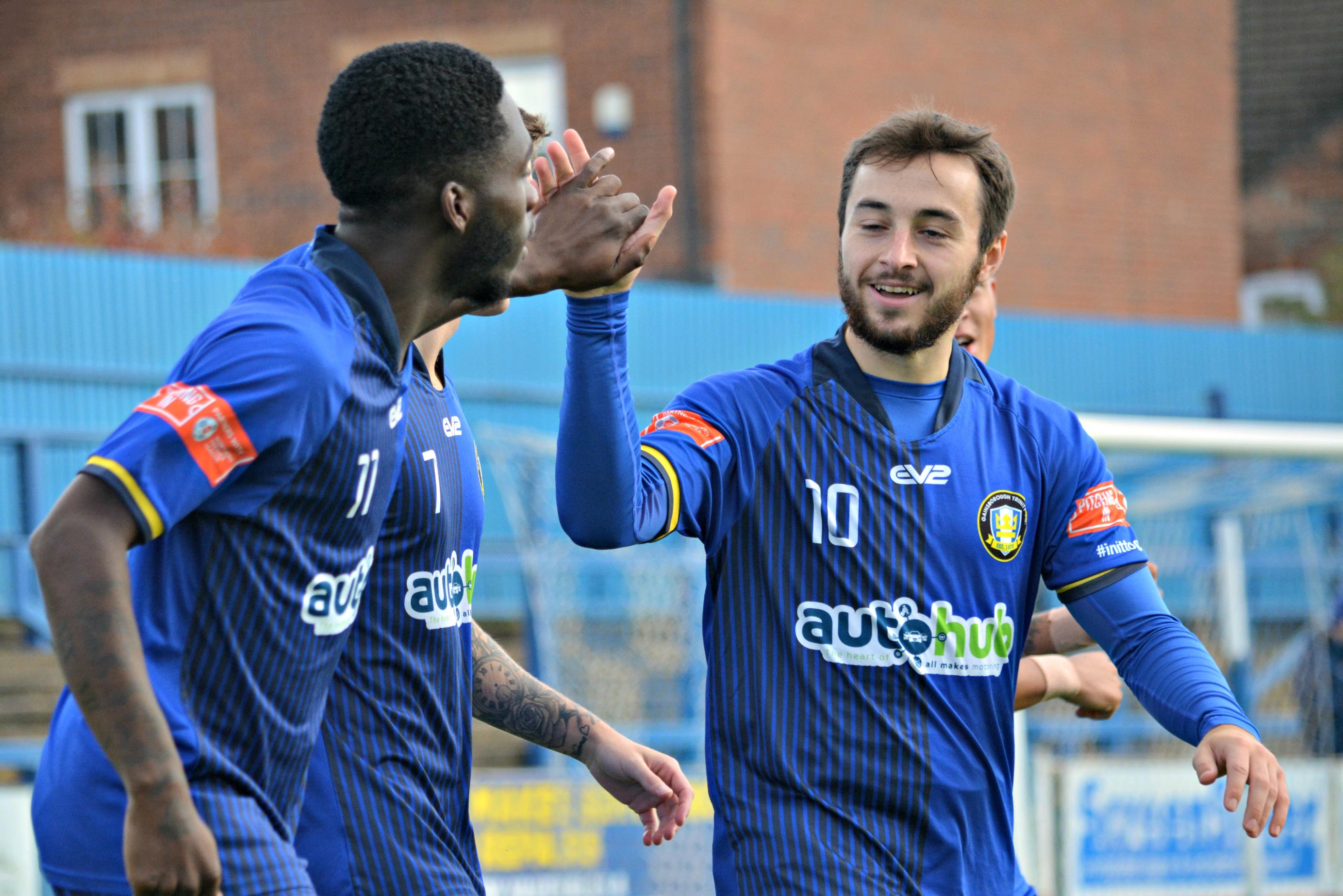 ire home after fine wing play by Tyler Hamilton on the right. His driving run at Danny McKenna had the wing back bamboozled and his cross - pinpoint, picking out the free scoring forward, to turn home. But Gainsborough’s flying start was undone when a high Witton press caught the Blues out, with Isaac Baldwin profiting, firing home a left footed strike past Tom Jackson. Trinity were having joy down the Witton left, Hamilton asking all sorts of questions. And it was from the right, that Reco Fyfe appeared to have restored the home side’s advantage, only to see the offside flag raised belatedly.

Following the frantic opening, the game settled and chances were at a premium. Orlando-Young was withdrawn midway through the first half, to be replaced by Woolford. And further knocks were taken to Trinity players in a keenly contested first half battle that drew to a close with the score level. Half time, Gainsborough Trinity 1, Witton Albion 1.

The visitors found themselves in front when Scott Bakkor capitalised on a defensive lapse and the forward got in behind, crossing for Tom Owens to slide in and put the visitors in front. Trinity didn’t lay down and surrender though - and a lung busting run from Martyn Woolford saw him ghost past the challenge of wing back Baldwin. His cut back flashed across the box to AJ Greaves, but his finish nestled the wrong side of the upright.

The Holy Blues continued to huff and puff, but Witton dealt with the threat comfortably. Alex Wiles went close as he glanced a near post header wide of the back stick. And then Fyfe stung the palms of Renshaw after a smart turn. And Albion secured all three points when substitute James Hooper punished a lapse in concentration to put the game beyond doubt and move the visitors up to second in the table. Full time, Gainsborough Trinity 1, Witton Albion 3.