Gainsborough Trinity fell to a 4-2 loss at the hands of Peterborough Sports on Saturday afternoon as goals from Joshua Moreman, Paul Malone, Maniche Sani and an own goal from Trinity debutant Matt Baker was enough to knock the Holy Blues out of the FA Trophy at the first time of asking. The Holy Blues with a threadbare squad, stretched to the limit, saw a recall for Declan Bacon and places on the bench for three of the fledgling U21s side. Namely Scott Hutchinson, Brad Ronis and Taylor Karkach, the younger brother of former Trinity youngster Lynton.

Trinity began the match the sharpest of the two sides, with Bacon looking lively from the offset following his return from his loan spell at Mickleover FC. Any Trinity momentum was quickly halted however, as the hosts took the lead after four minutes. The Turbines’ number 11 was able to meet a cross, from Dion Sembie Ferris, at the back post and fire home from close range to give his side an early lead.

Trinity then continued to look bright in the early stages of the match, however the Turbines were able to double their lead ten minutes later through defender Paul Malone. Given time and space, Malone was able to turn in the box and beat Tom Jackson, low to the ‘keepers left. Curtis Woodhouse’s side then managed to pull a goal back before halftime through captain, Simon Ainge. His third goal in as many games was driven low into the corner and presented the Turbines’ keeper with very little chance. Half-time, Peterborough Sports 2, Gainsborough Trinity 1.

The Holy Blues managed to pull back level early in the second half through AJ Greaves’ first goal of the season. His strike on the 54th minute appeared to come out of nowhere as he raced away down the right, latching on to Keaton Ward’s clever ball flashed the ball into the goalkeeper’s left hand corner and into the net.

However, the Holy Blues’ hard-work to pull back level 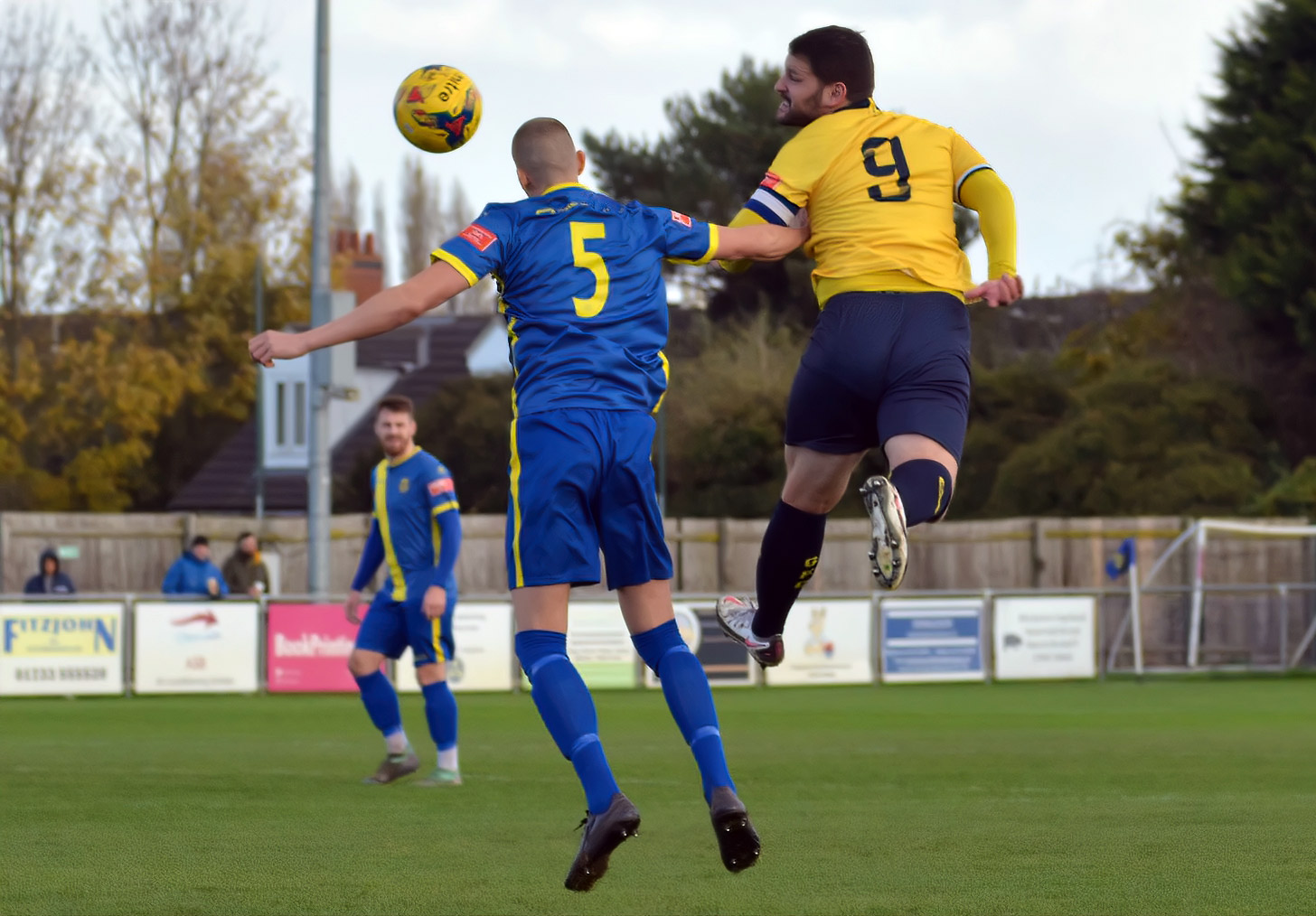 was quickly undone when Sano Sani’s strike beat Tom Jackson two minutes after their equaliser. Trinity failed to clear the ball and presented the Turbines with an opportunity to regain the lead which they capitalised on. The home side then regained their two goal cushion following a quickly taken throw-in, in the 66th minute. The ball was deflected off of the head of the Trinity debutant, Matt Baker, the ball looping over the head of the stranded Jackson, into the Trinity net.

Having fallen two behind, Woodhouse turned to his bench and blooded the young trio, handing a quarter of an hour to Hutchinson, who ran himself into the ground during his short cameo, giving the opposition little let up, while Karkach and Ronis both got ten minutes and will be better for their experience with the first team. Full time, Peterborough Sports 4, Gainsborough Trinity 2.

Trinity’s attention now returns to league action as they prepare for the visit of South Shields. Tuesday’s clash will likely be the last time Trinity appear in competitive action until at least December following the governments’ announcement on Saturday evening that outlined a one-month lockdown, to be enforced from Thursday. The Mariners will make the trip from Tyne and Wear on the back of consecutive 1-0 victories in the league and the Buildbase FA Trophy. They come into the fixture, in eighth place in the Pitching In Northern Premier League with the Holy Blues sitting just below in ninth.