A goal three minutes from time by Bottesford Town's Moody settled a keenly contested pre-season friendly at the Barrett's Steel Stadium, in a game which saw the Holy Blues give a run out to 21 players in Tom Shaw's first official game as Gainsborough Trinity Head Coach. A mixed eleven started for Trinity, with Lewis Carr captaining the side at centre half. Joe Wilson and Gianluca Bucci played the full back roles.

Neal Bishop started in the centre of the park and Toby Gould occupied the left wing berth, whilst the remainder of the starters were trialists. The game had a competitive edge, with both sides glad to be back in action. Trinity created some of the better chances in the opening period, Trialist C slotting the wrong side of the post after he was played in down the right.

Gould looked lively, cutting in from the left, his curled effort, half a yard wide of the an 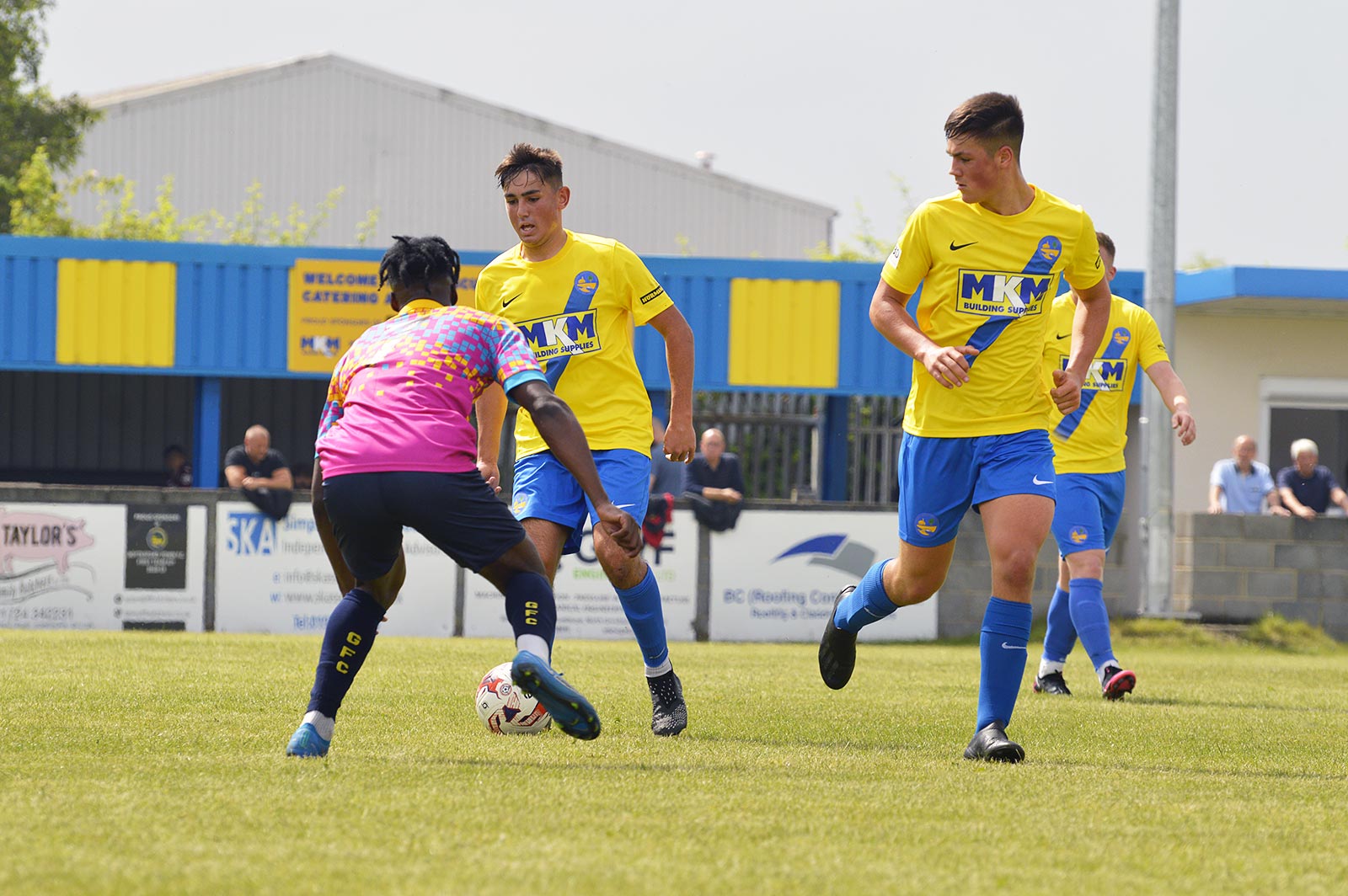 gle where upright meets crossbar. After Bishop was felled on the edge of the box, Wilson flashed the free-kick wide as the former Scunthorpe man questioned where he was felled. Despite The Poachers looking dangerous on the break, the half ended goal-less.

A raft of substitutions at the interval saw run outs for Charlie Jemson, Kyle Dixon, Alex Wollerton and Jack Gibson, again, with another host of trialists looking to catch the eye. The young left back looked bright and lively, some surging runs from deep causing The Poachers problems, while Dixon and Wollerton provided a plaform in the middle of the park that competed well and looked to unlock the opposition defensive unit, Gibson working hard to link play. At the other end, Jemson was powerful in the air and a vociferous leader.

Wayward finishing left the score line level, but as a basketball style end to end final fifteen minutes headed towards its conclusion, Bottesford scored the only goal of the game. Three minutes from time, a deep free-kick from the Trinity right was kept alive at the back post and with Town reacting first on two occasions, Moody got the final touch, stabbing the ball home, high into the net to the delight of the home support.