Gainsborough Trinity travelled to Yaxley FC of the PitchingIn Northern Premier League Midlands division and emerged victors by two goals to one. A goal of quality in each half enough to secure the victory, but it was the manner of performance which will have supporters purring with anticipation. Head Coach, Tom Shaw named a strong side from the outset. Eight of the ten signed players started, with only Lewis Carr (unavailable) and Jack Gibson not making the starting eleven, having to be content with a place on the bench. Kyle Dixon donned the armband, going on to put a full ninety in the tank.

The first 45 saw Trinity dominate. The high press intent on winning the ball back rendered The Cuckoos unable to escape from their nest and with Cieron Keane and Joe Wilson driving the side on from full back Gainsborough looked a threat. Gainsborough got the breakthrough their play deserved, midway through the first half, when a neat exchange down the right saw Alex Wollerton pick out Dixon and his return ball was weighted perfectly for Wollerton to smartly lift his f 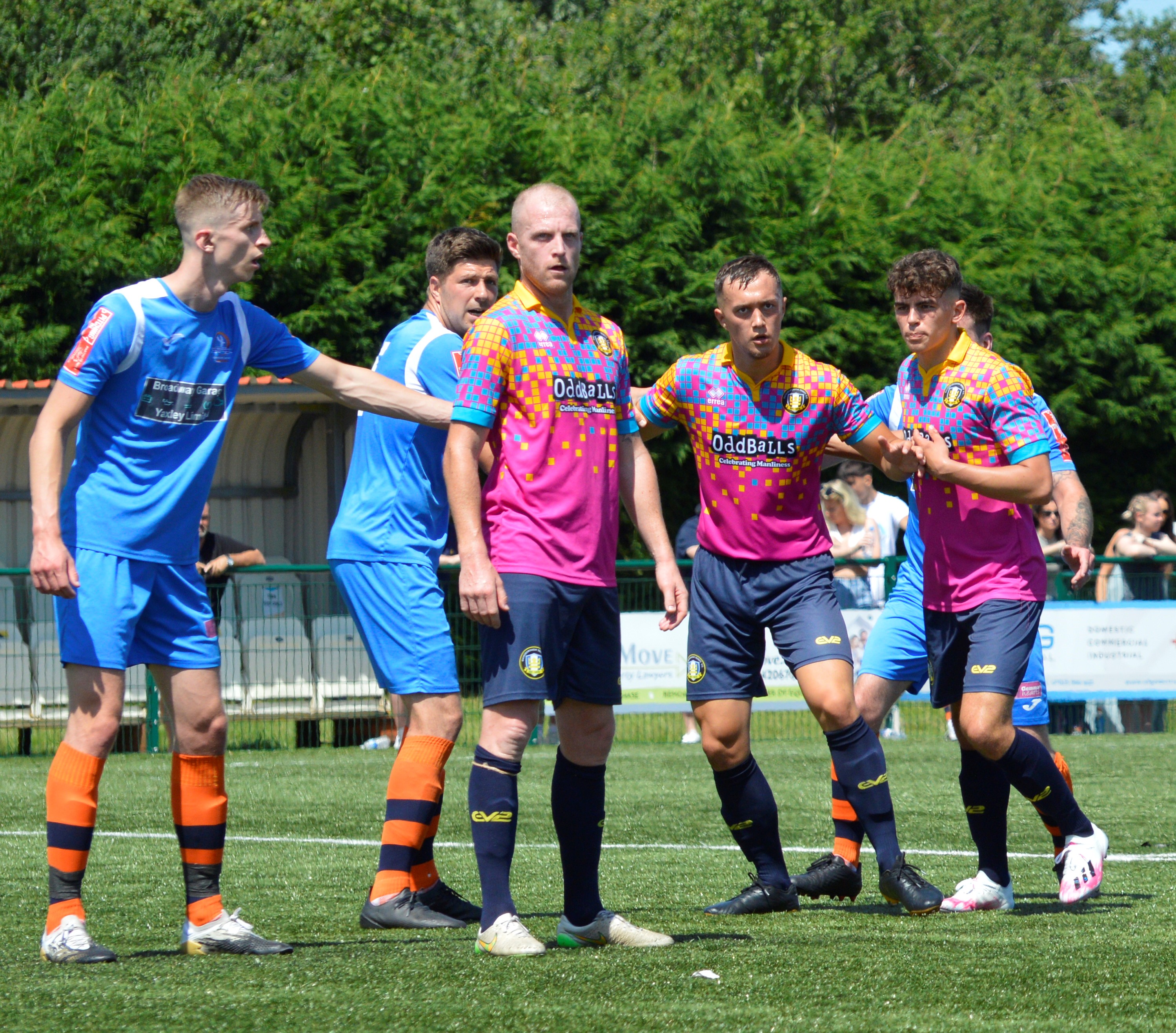 inish high into the corner of the Yaxley net. A quality finish, the icing on the cake to a slick Trinity move in baking temperatures.

Tom Shaw rang the changes at half time, and this disrupted the Trinity flow. Yaxley regrouped and pushed for an equaliser. The Cuckoo's number nine making himself an opening, before three corners in a minute put the Gainsborough backline under some sustained scrutiny. Their exertion reaped reward when the referee pointed to the spot, with Yaxley converting to bring the score line level.

The second half drinks break came at just the right time and Shaw was able to re-galvanised his troops and they came back out with a greater urgency and sense of purpose. A couple of moments later, the Holy Blues could have been back in front. A sensational reaction save down to his right kept the scores level, Eleven minutes after being pegged back though,

Dixon laid on his second assist of the afternoon - his quick thinking from the set piece finding the trialist left winger, who cut inside and curled a sweet effort beyond the outstretched hand of the home substitute custodian. Gainsborough saw out the remainder of the game comfortably, looking a threat on the break and making light of the blistering hot conditions.

Attention now turns to our first home friendly of the summer, when we entertain Lincoln City in the Lincolnshire Cup, Wednesday. 7.45pm kick off. Get yourselves along and see what all the fuss is about!