Gainsborough Trinity progressed to the Semi Final of the Lincolnshire FA County Senior Cup and secured the John Reames Memorial Trophy in the process with a fine 2-1 victory over a youthful Lincoln City at the Martin & Co Arena. It was a wonderful evening, with the sun beating down on Northolme and fans able to return in good number for the first time since the beginning of November, some eight months prior.

The supporters were treated to an evening of entertaining football, with two sides producing an exciting game. Goals from newly signed Curtis Morrison, and the second half substitute Trialist after the break were enough to give the Holy Blues victory, despite a late goal from Kyrell Wheatley reducing the arrears. Beautiful one touch football in the thirteenth minute unlocked the Imps defence, Kyle Dixon and Curtis Morrison linking sublimely only for the finish to be lacking by the latter. A lovely cushioned Cieron Keane ball was weighted perfectly for Toby Gould to drive forward, but after good initial play, his shot didn't trouble the goal.

Gould's header on the stretch from Alex Wollerton's cross was just one example of the Holy Blues showing good cutting edge, before Wollerton himself went closest, his shot deflected behind for a corner. Lewis Carr rose highest from the set piece, only to plant his header straight at the keeper. Half time, Gainsborough Trinity 0 Lincoln City 0.

Just three minutes into the second half, the Holy Blues had the lead their first half performance perhaps deserved. Gianluca Bucci found Keane down the left hand side, his early cross into the box took a slight deflection and Morrison took the ball under his spell, rolling his defender and rifling his smart finish low past the goalkeeper’s right hand. Jack Gibson, on as a s 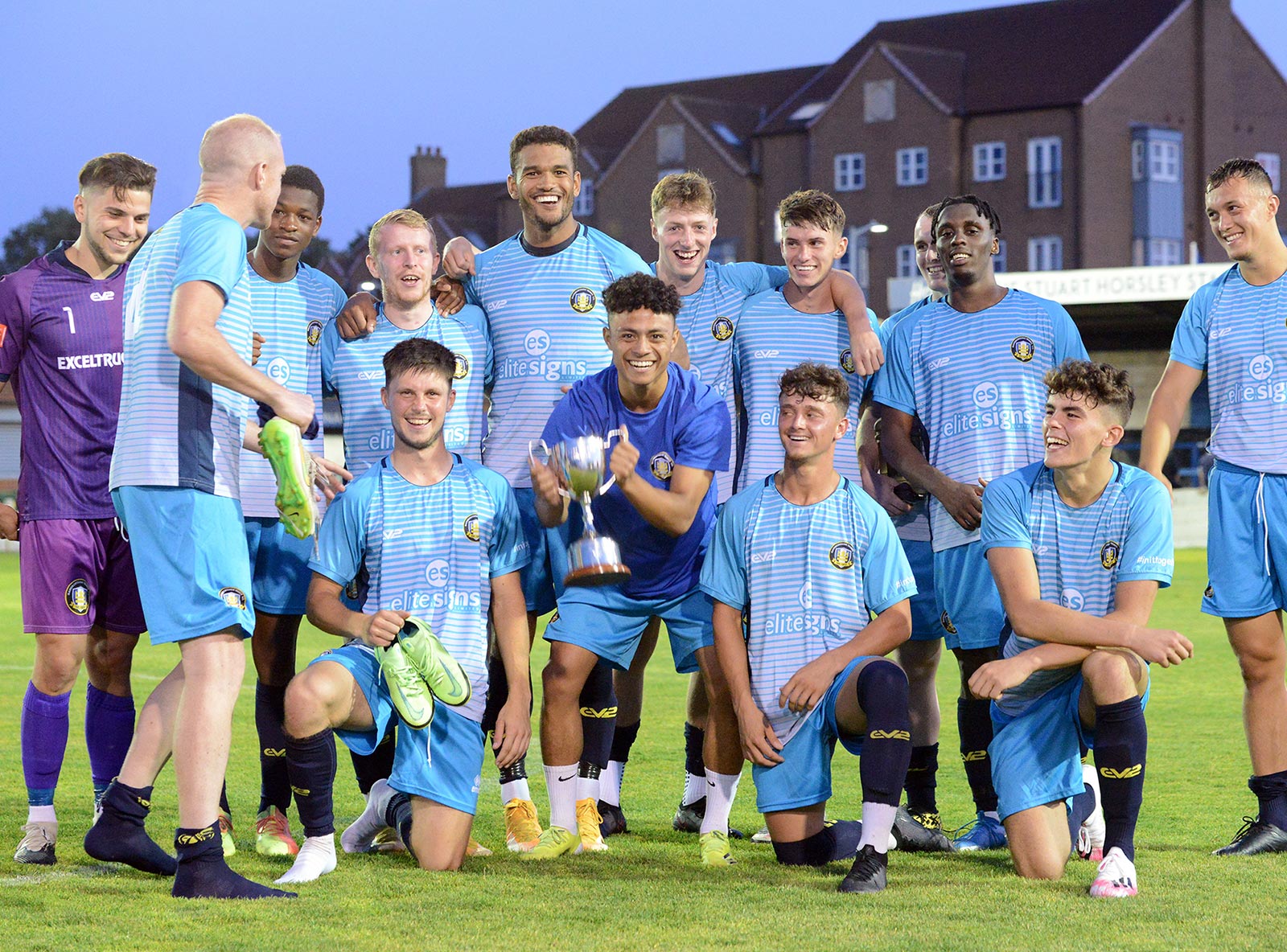 econd half substitute almost made an instant impact, forcing a smart save from the young goalkeeper. Holding off the attentions of the centre back, he got his shot away, only to see the effort diverted past the post.

The Trinity substitute netted his second goal in as many run outs, as he looks to earn a deal with the Holy Blues, a smart assist from Wollerton slipping the youngster in on the edge of the area. The Trialist slotted his finish past the young Lincoln City custodian.

Six minutes from time, City pulled one back when George Hornshaw’s deep cross found the head of Wheatley, and his downward header gave the Trinity ‘keeper no chance. A Bucci free kick from the right, after Morrison was fouled, was delivered with real quality. Avoiding everyone before striking the far post, could have restored Trinity’s two goal cushion, but the Holy Blues were able to see out the game. Full time, Gainsborough Trinity 2 Lincoln City 1.

Wednesday night’s victory sees Trinity join Boston and Spalding United in the Semi Final of the Lincolnshire Senior Cup, with the final side making up the quartet the victor from Grantham Town and Scunthorpe United game, the semi’s being held during the season. Next on the horizon for Tom Shaw’s exciting young side is that of Guiseley AFC, who visit on Saturday afternoon.