Gainsborough Trinity completed their pre-season campaign having only tasted defeat once - on the opening day of the warm-up period. A 4-1 victory away at Pontefract Collieries leads the Holy Blues into the PitchingIn Northern Premier League campaign in high spirits, with anticipation levels rising ahead of Witton Albion's visit on Saturday 14th August, 3pm kick off. Head Coach, Tom Shaw shuffled his pack again for the trip to Ponte, and despite being on the backfoot in the opening quarter, new goalkeeper, Matt Yates, who changed his name by deed poll (from Trialist A) in the week, kept his goal intact.

Perhaps against the run of play, Trinity had the breakthrough on seventeen minutes, Trialist X with the simple tap in, converting from Joe Wilson's centre, punishing the opposition for not taking their chances when on top. There was a chance for the Holy Blues to double the advantage when a good passing move, involving Cieron Keane, Trialist X and J saw Curtis Morrison round the keeper, only to see his effort blocked for a corner. The 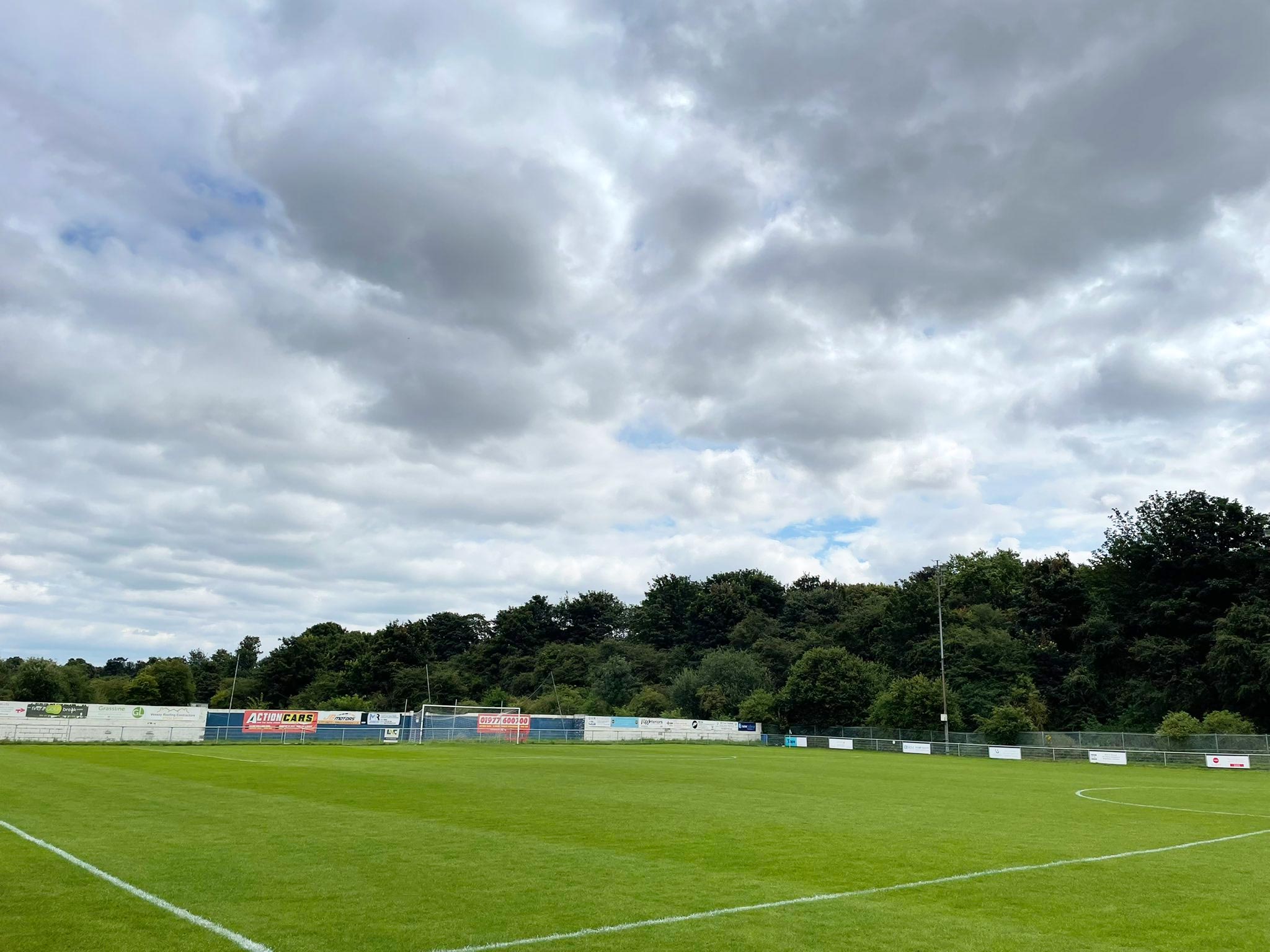 resulting corner was cleared to the edge of the box, but Trialist J's shot was well saved.

Trinity withstood a series of long throws into the box and took the advantage in to the half time break.

Tom Shaw rang the changes at half time and two minutes into the second half, the hosts were on level terms. Eli Hey tapping in from close range after a diagonal ball to the far post and Scott Smith put it on a plate for the Ponte forward.

Trinity wouldn't be held on level terms for long and were back in front against the run of play seven minutes later when Ben Morris' floated cross from the right-hand touch line dropped over Musslewhite's head at the back post. That making it three goals in pre-season for the former Derby County youngster.

Four minutes later, Trialist X grabbed his second of the game, reacting first to poke home after Jack Gibson had done well to keep a free kick in the danger zone.

A nice strike from the Pontefract number eight, 25 yards out set piece, saw Matt Yates tip the ball wide to preserve the Gainsborough lead. The changes not surprisingly were making the Holy Blues less fluid as they struggled to get enough ball and when they did, struggled to retain it. The Trinity defence did stand firm though, putting bodies on the line to block chances at source and keep Yates' goal protected.

With the fresh legs beginning to settle into rhythm, the Holy Blues began to get on top and a Jock Curran through ball split the Colls' defence and Gibson rounded the keeper to make it 1-4 eight minutes from time. A couple of late changes gave game time to U21 youngsters, Scott Hutchinson up top and Jake Sykes in goal as Trinity saw the game out to a close.

Trinity can now look forward to the season proper, starting next weekend when we entertain Witton Albion at the Martin & Co Arena. Tickets can be bought in advance from our ticket website, link in the club section of our navigation and our website header. Let's see as many people as possible on the Northolme and roar the Holy Blues on to an opening day victory.