Two goals midway through the first half was enough to see a strong Doncaster Rovers side through to victory, as both sides experimented with wholesale half-time changes. Madger Gomes and Alfie May combined, before trialist ‘keeper Sam Wilson denied Gomes from point blank range, Wilson was tested again when he did well to block another Gomes effort from 20 yards, parrying his effort into the path of May, who blazed over from close range.

Nathan Stainfield went closest in the first half for the home side, his header deflected over for a corner. Ben Whiteman opened the scoring on 24, when he curled an effort past Wilson from 25 yards, as Rovers quickly moved through the gears. Eight minutes later, the League One side doubled their advantage. With the Trinity backline caught square, hitman John Marquis had time and space to slot past the advancing goalkeeper. 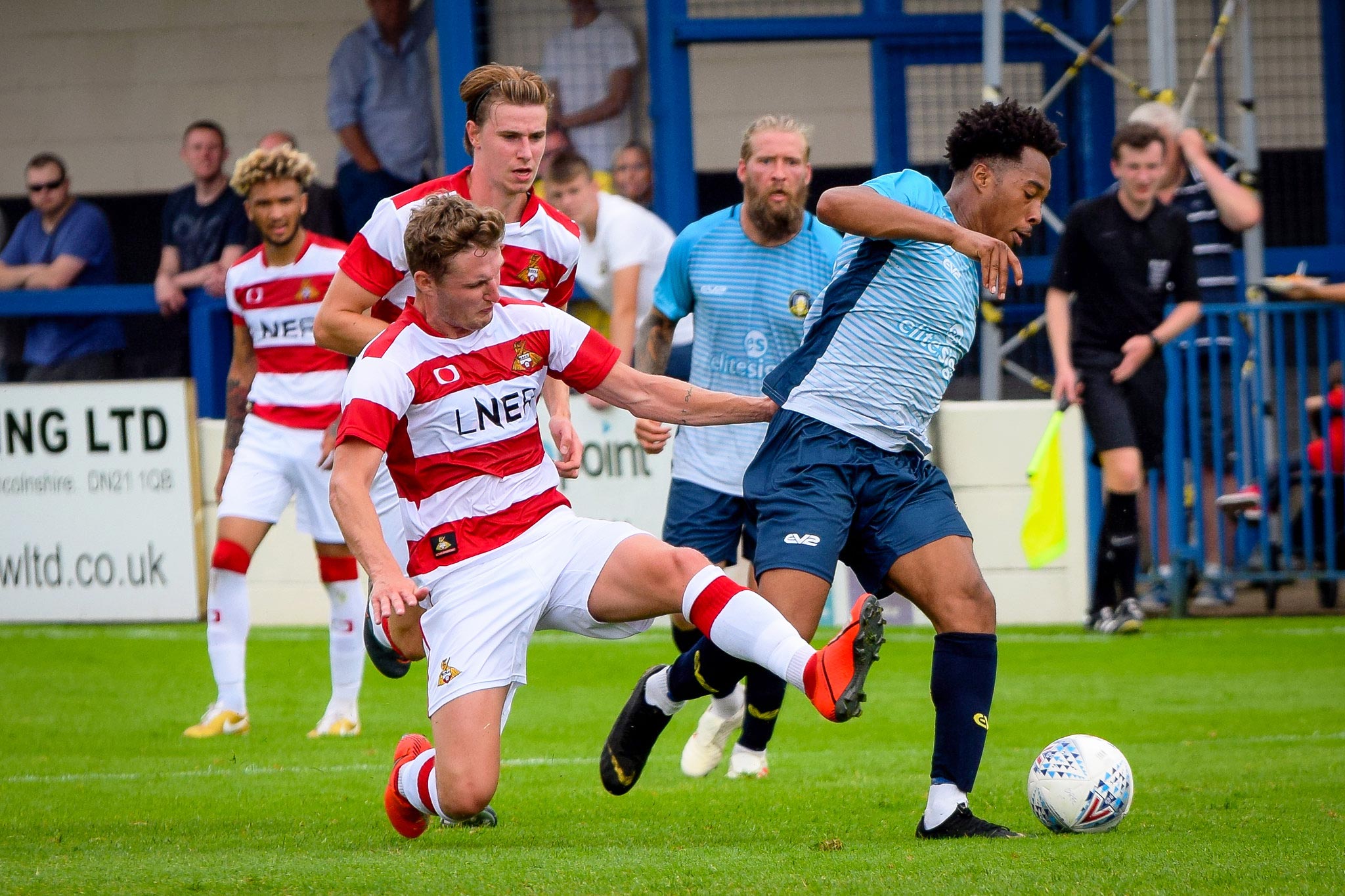 urned, and with the Gainsborough defence failing to clear, Whiteman struck the upright with a firmly hit twenty yarder. Half time substitute Alex Kiwomya was thwarted several times by the impressive Wilson between the sticks, a brave block seeing the shot stopper requiring treatment Kingsley James, also on at the break, for the home side looked to drive the Northern Premier Division side on, but it wasn’t until added time at the end of the second half, that Trinity had the first real effort on goal; a spectacular thirty yard effort being tipped wide by Louis Jones to keep the second half goal-less.