As the extreme heatwave that swept the UK this last week became something of a distant memory, Gainsborough Trinity made the short trip to take on NCEL Premier Division side Bottesford Town and ran out 5-2 victors. For the second time in four days the Holy Blues scored five on the road as the side's pre-season stepped up a gear. Ross Hannah threaded a brilliantly weighted ball through for Curtis Morrison, but David Birch was out smartly as the former Chesterfield man went clean through.

Trinity raced into a two-goal lead by the midway point of the first half. A moment of quality on eight minutes saw Brodie Litchfield bring the ball down and spin away from a challenge all in one action, before curling past Birch into the top corner. Litchfield doubled Gainsborough’s advantage when he slotted past the en-rushing ‘keeper; getting to the ball ahead of fellow front man Morrison to slide a neat finish home. Simon Russell was then denied by Tom Spall a mo 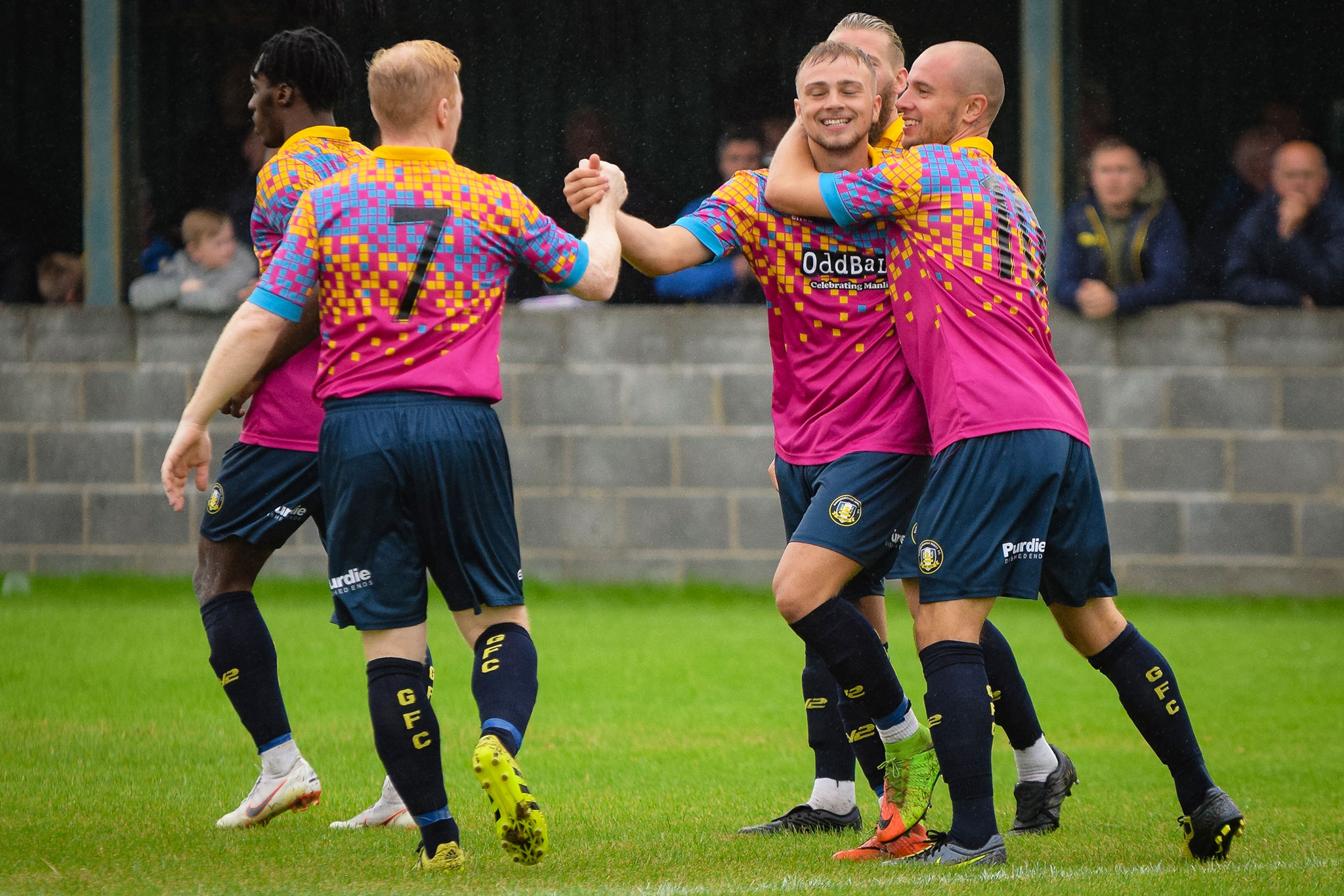 ment later with a last-ditch intervention on the goal-line as Trinity couldn’t add to the their total before the break.

The Holy Blues saw a couple of chances come and go at the start of the second period, Birch out quickly to deny first Hannah and then Worsfold before Bottesford had a good spell as Liam King rang the changes. Two goals in five minutes saw

The Poachers level. First Jacob Fenton halving the deficit, turning in at the back post, before Wayne Graves equalised converting Dale Hutson’s centre, but the Holy Blues re-exerted their authority in the closing stages. Bottesford were not level for long though, as Birch made a fine flying save to deny Litchfield, but he was well beaten as Shane Clarke’s powerful downward header gave him no chance from the resulting corner Litchfield didn’t have to wait much longer though, as he completed his hat-trick with a neat turn and finish from the edge of the area, giving Birch no chance.

Simon Russell was twice denied a goal, first his low drive was comfortably held, then a curling effort striking young Elliot Wilson en-route to goal. Tricky wing play from Rod Orlando-Young set up Wilson, who fashioned a shooting chance only just failing to hit the target. Wilson & Orlando-Young combined again, the latter teeing up Worsfold two minutes from time as Trinity made it five with a couple of minutes remaining.