Gainsborough Trinity Reserves manager and assistant Steve Hutchinson and Lee Green review Gainsborough Trinity Reserves' start to the 2019/20 Lincolnshire League season. We can’t grumble with the start to the season we have had. If someone had said you will win 5 out of 6 games and a draw one, we would have bitten their hand off, especially with the suspensions and holidays we have had to cope with throughout August.

The obvious disappointment has been the goalless draw to Wyberton, which we fully dominated. However, as a management team we have come to learn there is just as many lessons to learn from the points taken as the points dropped! The most pleasing performance has to be against last year’s champions, Lincoln Moorlands away. They are a very good side and not many teams will go there and take points! It was a very professional display from start to finish and showed, for 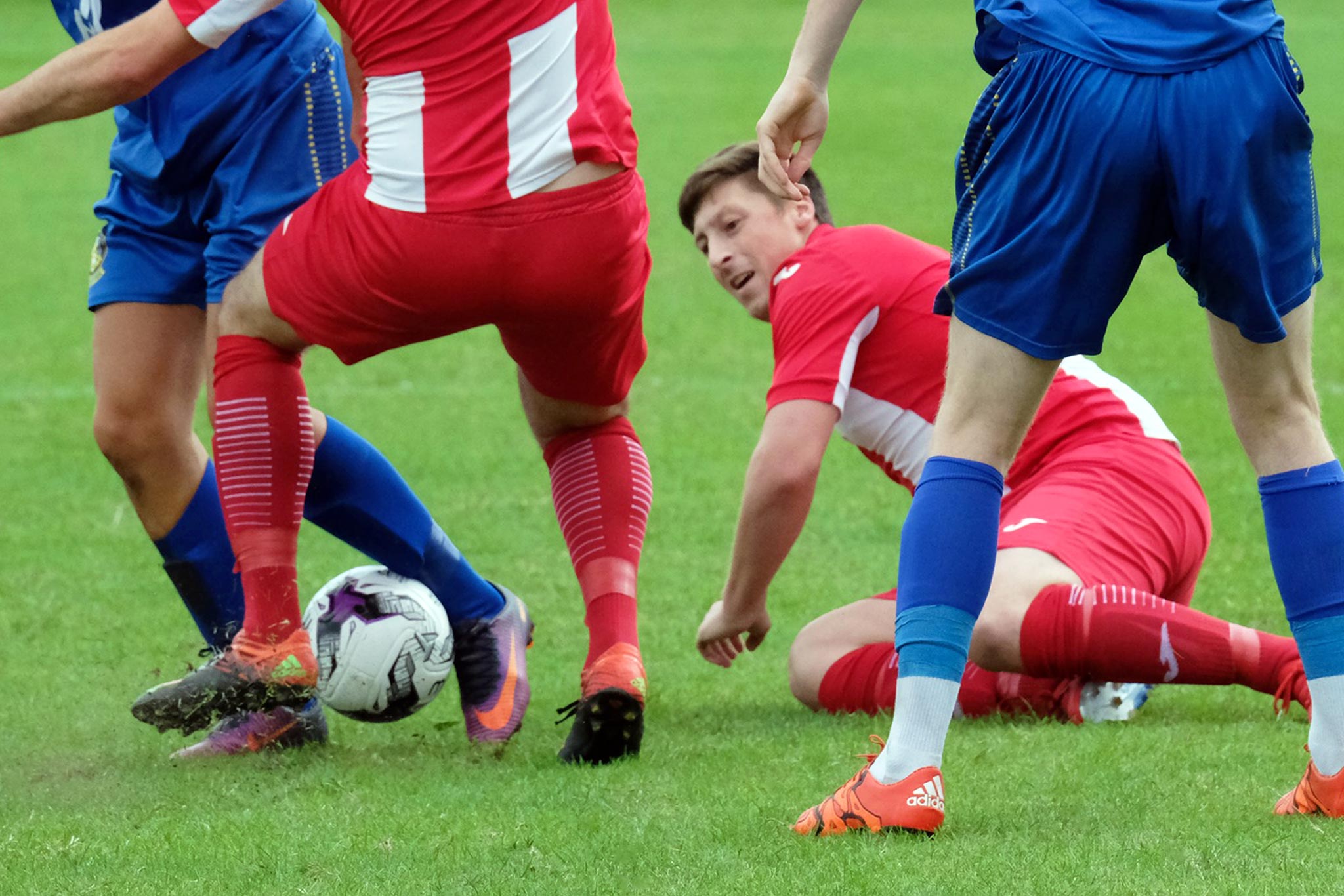 a very young side in development, we could compete but more pleasing do a very professional job of closing a game out.

The other 4 league wins have been pleasing in stages. There is still plenty to work on though, as we still feel like we have a lot more to give and I’m sure the players will also agree with this statement. But the main thing is the development week in week out and getting out of the mind-set of playing only to the level of opposition we may be up against. This is our current most important message we are working on!

We do feel that there is going to be a game soon where everything clicks and the chances we create get converted, and hopefully that can be very soon. However, me and Lee won’t get carried away with the start we have had. We need to make sure the lads don’t get over-confident and realise we can’t afford to have any slip ups if they want to complete for any silverware!

On the players front, we have compiled a very large squad, with all players knowing they are competing week in week out to even make selection for the 18 man match day squad. This, in mine and Lee‘s mind is all good and progresses the guys to reach new levels and push each other on! This is the foremost we promote. Train hard, work hard for each other, reap the reward!

We have a big game on Saturday to look forward to now in the Challenge Cup, at home to Lincoln Moorlands, last year’s cup holders. Your support would be great. The final message is a special thanks to all the sponsors and many people that have come to support us. Without you, it would not be possible. We hope you continue to support the young blues and enjoy the football we are trying to promote.