The first game of the season saw our Young Blues travel to Goole AFC, in a game that started with the hosts picking up an early lead. Goole won an early corner and a Goole player found himself free in the box to volley home. Within minutes we had the ball in the back of the net but the flag was raised offside, followed up by Ethan Cowan pulling off a great double save from a snap shot.

Midway through the first half we were awarded a penalty but it was just wide of the post. Just after half an hour, Tristan Drummond found the ball on the right where he was then able to put it across the goal for Scott Hutchinson to take a touch and slot home, bringing the score level. By the half time whistle we were playing really strong and definitely looking like the next team to score.

Playing with a little more patience into the second half, Ben Dunstan’s ball down the right was found by Tristan Drummond who found his way into the box to prod past the keeper, but it was followed just two minutes later when Ethan Cowan rushed out of the goal to clear the ball but it hit Goole’s striker who was then able to take a shot, hit the post and then was put home for the hosts. The score level once again at 2-2.

A misplaced pass from Trinity resulted in the Goole striker who made his way into the box, Ethan Cowan pulled off the initial save against the post but couldn’t recover after; the hosts take the lead. Their lead only lasting ten minutes though, with Scott Hutchinson putting pressure on the keeper, who was out his area, which resulted in Scott winning the ball and slotting home his second goal of the game.

Into the final ten minutes, and the score once again level, but Aidan Tomes held the ball well to slot Josh fraiwald through on go 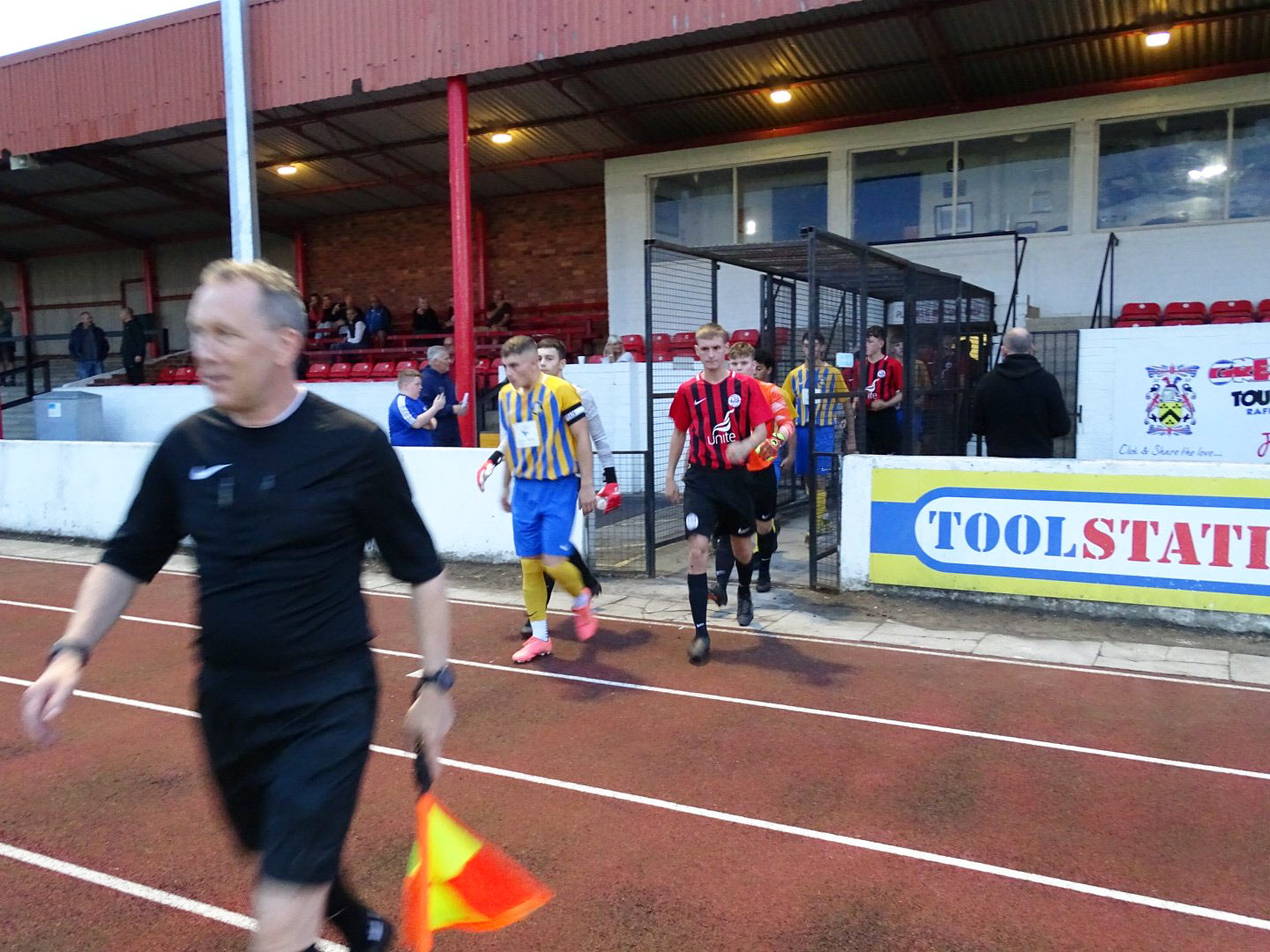 al who calmly passed it into the far corner from the edge of the box, putting Trinity back in the lead and taking home all 3 vital points.

Manager’s thoughts: "After a slow start we really got to grips of the game, we asked the players to work hard and make sure we had points on the board after 90 minutes. To come from behind twice shows real character of the group. Still a few bits to work on but it’s a positive start with 3 points on the board."

Josh Frailwald’s thoughts: "I thought the lads battled well and worked hard for the full 90 and even though we had a poor start I feel that after that we had control over the game, we created a lot of chances and managed to get the win in the end, it’s important to get 3 points on the board first game of the season and that’s exactly what we did."