Under 21s Media Manager, Kate Simmonds, caught up with Brad Wright ahead of the new season to talk about many facets of the upcoming campaign. Where the lads are in terms of their development, the ambitions for the upcoming season, the injury situation surrounding a trio of young hopefuls. How the new boys are settling in, and much, much more! The U21s open their league season away at league newcomers, Goole AFC, so if you are missing your football fix, and want to make the short trip to Goole, Brad Wright and his team will be delighted to see you supporting the side!

Some players have had the opportunity to play for the first team, do you think that the things they’ll have learnt playing there will be an advantage to the u21s team? "Of course, a lot of them have been involved this pre season in a game or training. Playing in a game with men, semi pros and ex pros they’re going to take a lot from it and hopefully they bring what they have taken from the first team experience into our squad. Credit to Neal Bishop and Damon Parkinson for the opportunities they have given the players."

Last season you finished 2nd in the league, how will you be looking to top the table this time? "We’ve got to go in with confidence, with the league becoming two again this year there is a lot of good teams to come in. We have a lot of quality throughout the squad so hopefully we have enough to go a step further.

How are your new signings, Archie Olivier-Townrow and Aidan Tomes, fitting into the team?"They’ve both done really well, as well as a few more we have brought in to strengthen. Archie has had a lot of first team opportunities and improved us defensively. Aidan, for the age he is, has played a lot of men’s football already and you can see the quality he brings in midfield. I’m looking forward to seeing more from both of them."

The team recently suffered a narrow defeat in the FA Yo 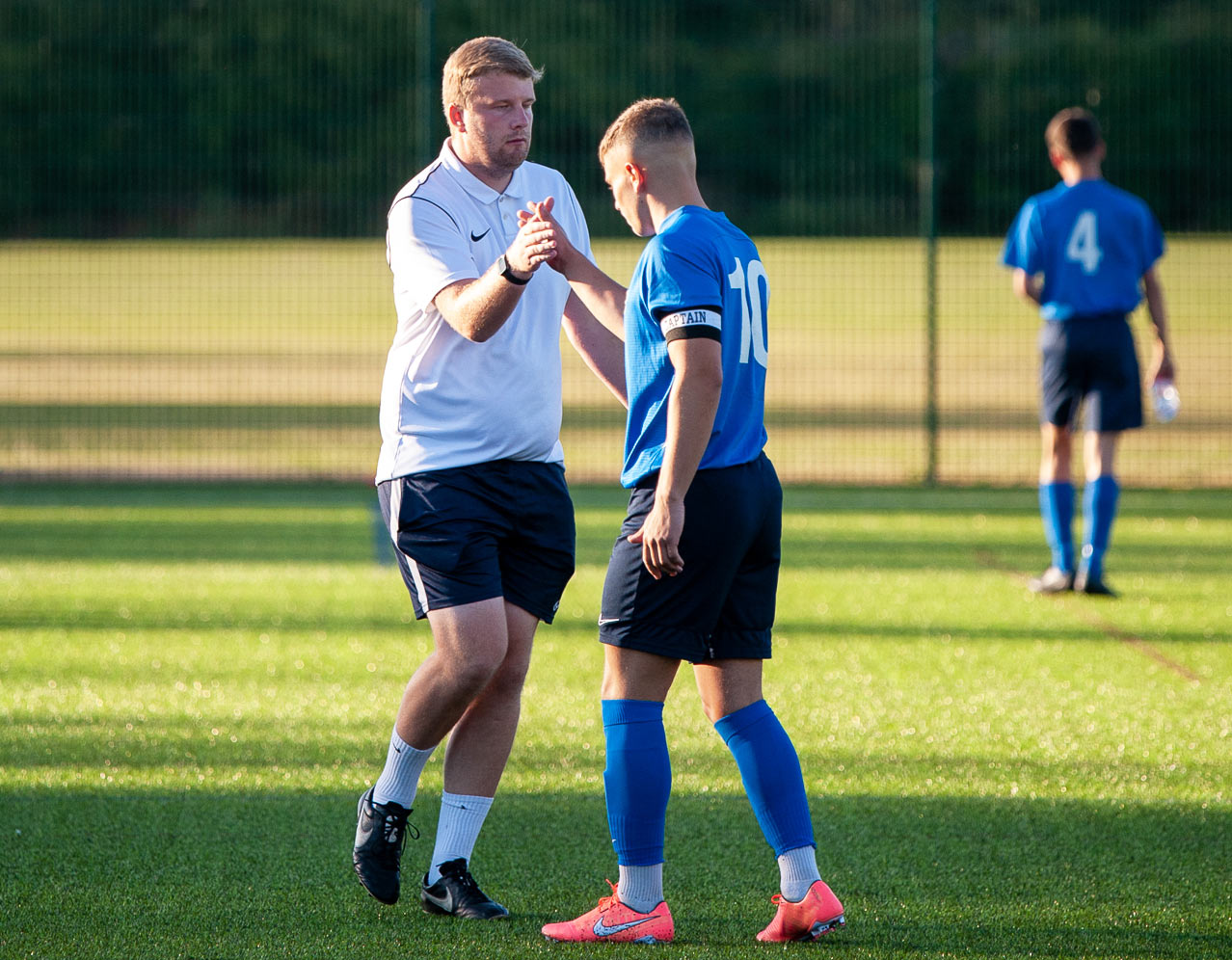 uth Cup against Retford FC, have the team managed to pick themselves back up or has their confidence been effected? "We said before the game to go and enjoy it, leave everything out there, from what I’ve heard that’s what they did, I have spoken to the staff and a few of the players and they were gutted and I felt it for them. I believe come Monday, that will be behind them and we will be ready to go!"

Any injured player updates? Elliott Vasalo, Robbie Bull, Charlie Stenton? "Throughout pre-season we’ve had to nurse a few more then others but these are the three who will miss the start unfortunately. Robbie is probably a few weeks away he started light stuff away from training a few weeks back, Stenno had some positive news today that he can start conditioning/light training but is still a few weeks away yet. We’re having to wait a little bit longer for Vas. The last update we had, he was hoping for end of September, beginning of October but we will have to wait and see."

Anything from last season that you want to change or improve? "The aim is to improve every time we play. To be the best we can be - to develop players as well as getting it a good result from the game. It might mean we have to be more adaptable not just as players but as staff too."

Are you hoping to see some players come up from the younger teams ie u18s? "Yeah of course, for those who know me I give players a chance who deserve it. We’ve seen a good chunk of the U18/19s step up this pre-season already to help us out and personally they haven’t put a foot wrong. We have to remember Stenno and Ben Dunstan are both only 16 and have stepped up permanently already. We have some good players coming through."

So tomorrow, you face Goole AFC away for the first match of the season, how are you and the team feeling about it? "I’m feeling good going into it, apart from feeling the little unknown as Goole are new to the league so we know nothing about them. I believe the lads are in good spirits, pre-season, even though result haven’t looked great we played teams who are going to ruffle us about and we’ve looked good in large spells. Training has been at a good level too tempo and quality wise."

Anything else you’d like to add? "I’d just like to thank everyone who’s got behind us so far, as a group we really appreciate everything from sponsors, volunteers, the committee and everyone who comes to watch us home and away. There is a lot more to come from this group of players.