Trinity's first home game of the season, and the start of a home double header, sees them face Whitby Town. After Saturdays 2-1 defeat to Nantwich Town, the Holy Blues will be looking to gain their first points of the season. Trinity took the lead in that through summer signing Gavin Allott and were unlucky to come back to Lincolnshire empty handed. Our opponents Whitby, on the other hand, began with a 1-1 draw at home to Witton Abion.

Liam King saw the positives in his sides performance despite the scoreline, "I am still baffled by how we have come away with nothing from the game. We were in control of the game, but switched off for five minutes and individual errors cost us, but if the players can apply themselves in the same way as they did on Saturday, lots of teams will find it difficult to cope with us. It's the first home game of the season against Whitby, under the lights at the Martin & 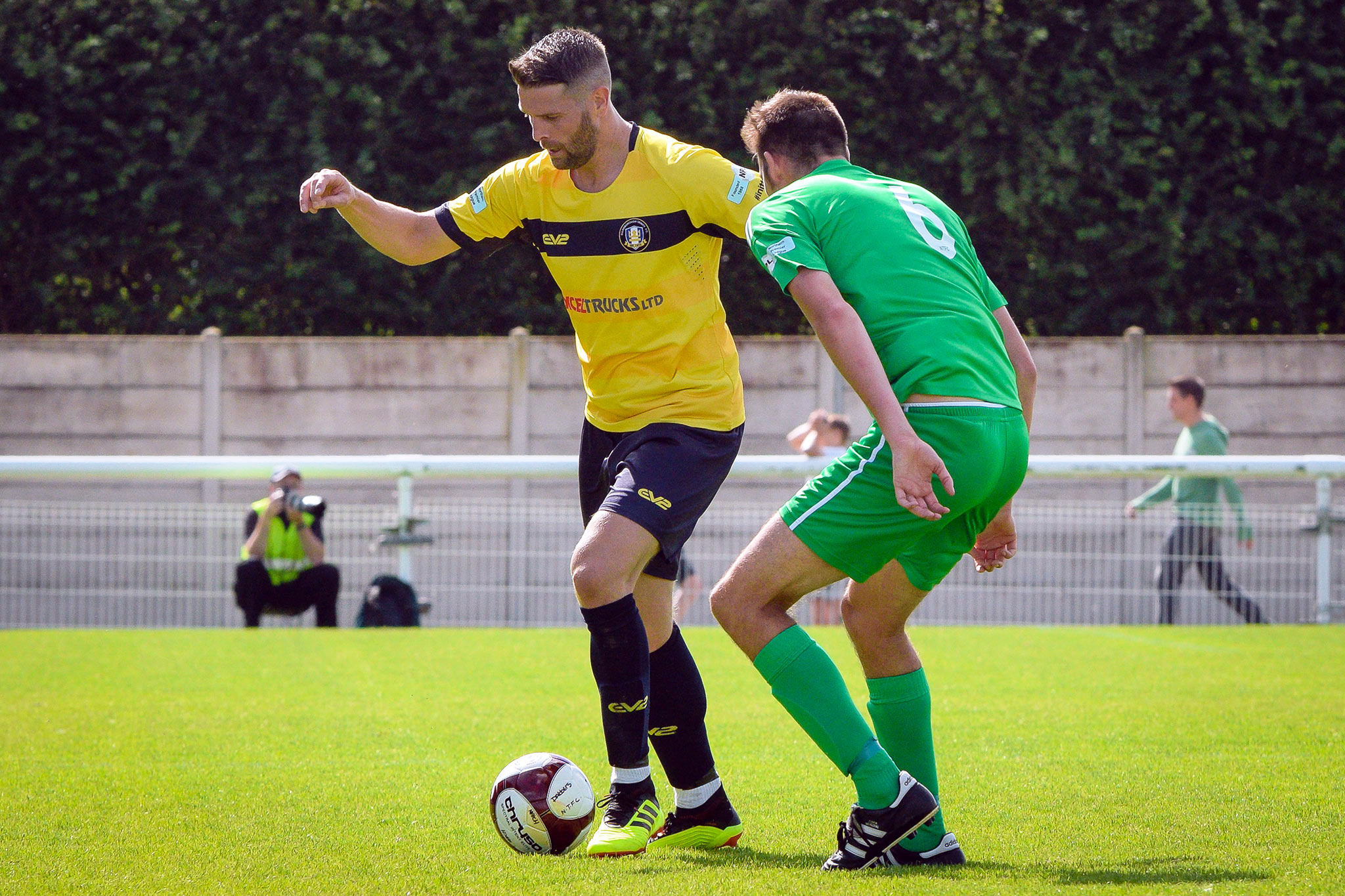 Co and we really want to make the place into something of a fortress. A place where teams don't like to come."

Opponents Whitby, on the other hand, began with a 1-1 draw at home to Witton Abion. Striker and Club Captain Matt Tymon getting the equaliser shortly after half time. Whitby dominated the second half and arguably could have come away with all three points. Manager Chris Hardy was "fuming" at full time and vented his frustration at the quality of officiating in the game.

Last season The Seasiders finished in a mid table 11th position, 16 points behind Trinity. Due to it still being early in the season, it's still tough to predict any game in the Northern Premier League. Trinity winning the fixture at the Martin & Co by four goals to one. From the current squad, Ashley Worsfold and Shane Clarke netted for the Holy Blues, with two from Alex Simmons, now plying his trade down under. Town emerging victorious in the Turnbull Ground return - winning by a solitary goal to nil.

With the table still in it's infancy, both teams will be looking to start positively. Make sure to get yourself down to the Martin & Co Arena tomorrow night, to support King and the squad, in time for a 7:45 kick off.

Car Parking is available at the ground, priced at £2 a vehicle.