As the Holy Blues entertain the Dolly Blues at the Martin & Co Arena with Trinity looking to maintain their unbeaten start on home soil, Lancaster will be looking for their first points on the road. Gainsborough will be looking to bounce back from a stoppage time defeat on Bank Holiday Monday, while our visitors will be buoyed by a last-minute winner against Atherton Colleries in their BHM fixture!

The last time the two sides met, the Holy Blues came out triumphant, on a rain sodden afternoon, courtesy of a single Ross Hannah strike in a workmanlike performance. The home game, like this one, back in August saw Trinity again victorious, winning by three goals to one. Two Hannah strikes and an Ashley Worsfold goal that afternoon, ensuring the points belonged to Gainsborough.

Trinity will be relishing the return to Lincolnshire for Saturday’s game, as Liam 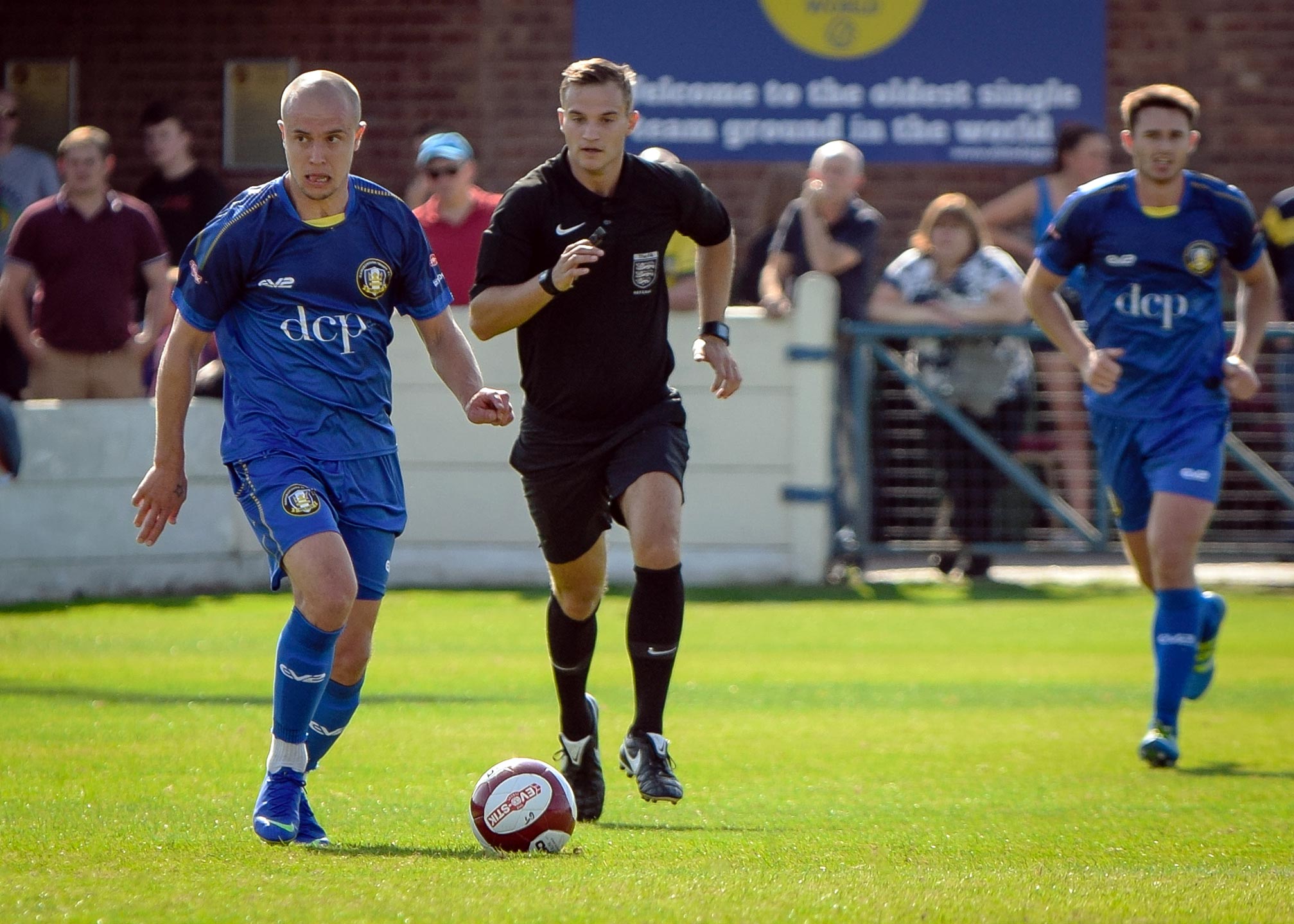 King strives to make Northolme a fortress, “We want to pick up as many points as possible at home. We want to make coming to Gainsborough difficult. A difficult place to visit, a difficult place to come and play. The surroundings are excellent though, and lots of teams will come and look around, see the stadium and want to take our scalp. We have to be better than that and without a shadow of doubt, match their commitment and dedication. If we do that, I believe we have the quality within the squad to give any team a run for their money.”

With a couple of knocks and Jamie Green suspended, having picked up two yellow cards in the victory over Whitby Town, King has moved to strengthen his squad, with the loan signing of Brandon Horton. No stranger to the Holy Blues, Brandon made ten appearances last season impressing on the left-hand side of the defence. An attacking full back, Brandon drew plaudits for his energy down the flank. Still only 18 years of age, Brandon goes straight into the squad for tomorrows match.

Elliot Wilson is back in contention following his loan spell at Rossington Main. Elliot made three starts and one substitute appearance during his month away, mainly featuring on the right side of midfield.

Get yourselves along to the Martin & Co Arena and support Liam King and his Trinity troops as they go into battle. Kick off at 3pm.