The games continue come thick and fast at the start of the BetVictor Northern Premier League, as Gainsborough Trinity make the trip to Derbyshire to take on the Gladiators, that are Matlock Town at the Proctor Cars Stadium on Bank Holiday Monday, 3pm kick off. There are many recent links between the two sides, with a number of players having appeared for both teams in the last few years.

Trinity managerial duo, Liam King and Ross Hannah receive a warm welcome having served the Gladiators with distinction earlier in their playing career. Curtis Morrison and Thomas Davie are also players to have appeared for the Derbyshire based side. On the other foot, Matlock boast a large contingent of former Trinity players. The most recognisable, also being their most recent addition, Josh Lacey, the 24 year old full back made over two hundred appearances for the Hol 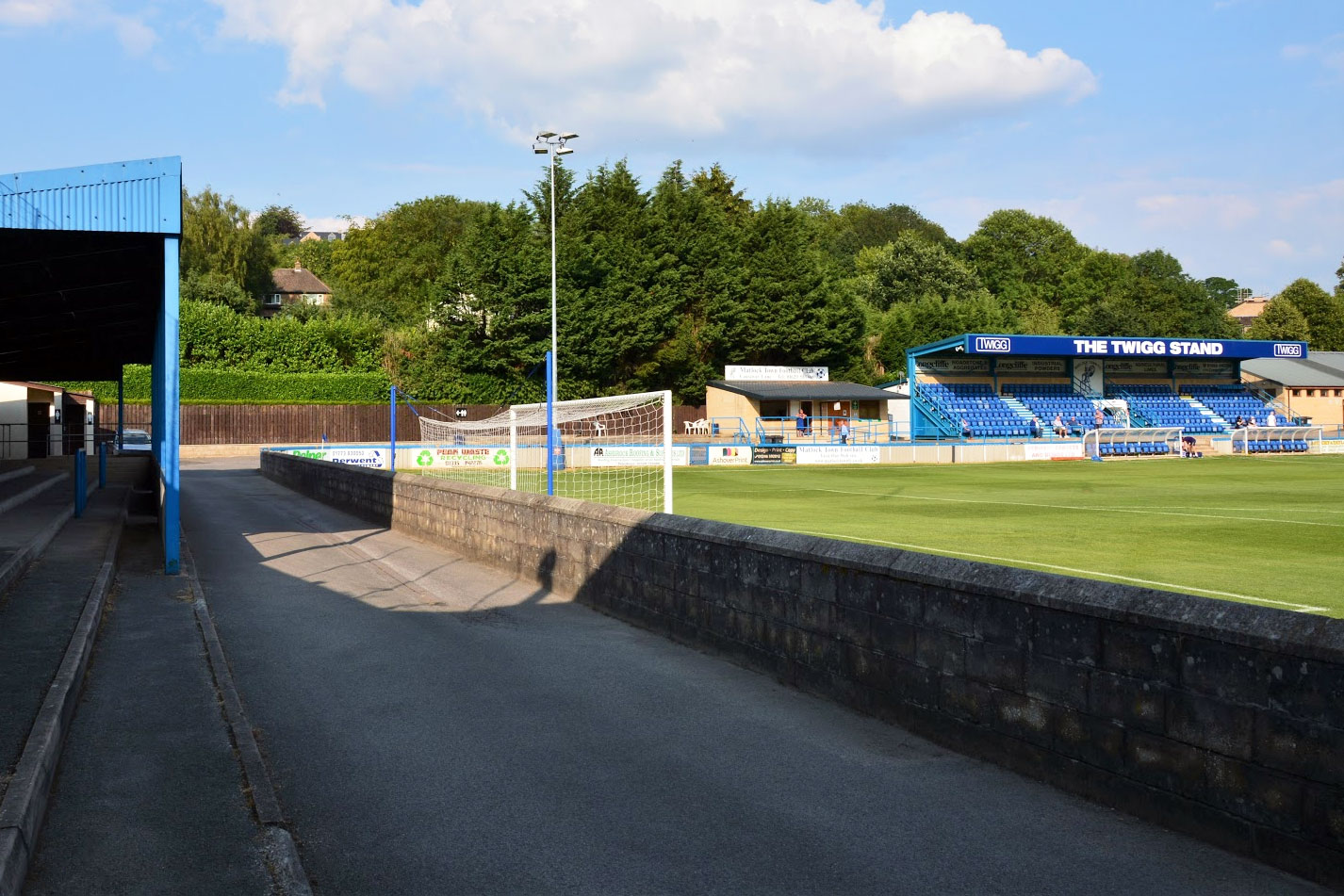 y Blues before leaving for Scarborough Athletic. Then managed by Steve Kittrick, the current Matlock boss, Lacey was released on the eve of the season, but quickly linked back up with his former manager.

Goalkeeper Jon Stewart and left back, Ben Gordon spent a year at the Martin & Co Arena, helping the side to a sixth-place finish, narrowly missing out on the final play-off spot, in Trinity’s first season back at Northern Premier League level. Craig King is still at Matlock, but is currently out with a long term injury, while Pietu Crouz a former Trinity trialist has been impressing on the wing for tomorrow’s opponents.

Our Bank Holiday hosts, Matlock have started the season in fine form, sitting top of the table with a perfect record, three wins from three. Three goals scored and none conceded, in games against Bamber Bridge, Basford & Stafford Rangers. Trinity go into the game with one of each, one defeat, one victory and one draw in our opening three games of the campaign, against Nantwich, Whitby & Warrington respectively.

Looking back to the last meetings between the two teams, Trinity won the New Years Day game at Matlock by two goals to nil. Jonny Margetts and Simon Russell on the mark for the Holy Blues. In the reverse fixture (August Bank Holiday), Trinity despatched a very different looking Matlock Town side 4-2, Damien Reeves, Shane Clarke, and the aforementioned Ross Hannah and Liam King getting in on the act for Gainsborough. Shaun Harrad with a brace for the Gladiators.

We hope to see as many of you as possible making the trip to Matlock to cheer on Liam King’s men to a valuable three points. Travel safely and we shall see you there! C'mon Trinity!

Matlock are situated on The Proctor Cars Stadium, just 500 yards from the town centre. With that in mind, parking at the Ground is limited. Sat Nav users can enter postcode DE4 3AR.