This weekend sees a welcome break from BetVictor Northern Premier League action with a tricky trip to Banbury United, the current league leaders of the BetVictor Central Premier League, in the Emirates FA Cup First Qualifying Round. The Holy Blues go into the game aiming to halt a disappointing start to the season by kick starting the campaign with victory in the FA Cup. Currently sitting 17th in the early table, performances have so far not yielded the points.

With a sizeable crowd expected at the Banbury Plant Hire Community Stadium, following the Puritains' elevation to top spot, having despatched Peterborough Sports, 1-3 away from home, Trinity boss, Liam King remained in a positive mood following his sides' Thursday night's training session, "We are looking forward to the tough test at Banbury, that starts our FA cup campaign. The lads are all prepared, ready to put on a performance and hopefully get in the hat for Mo 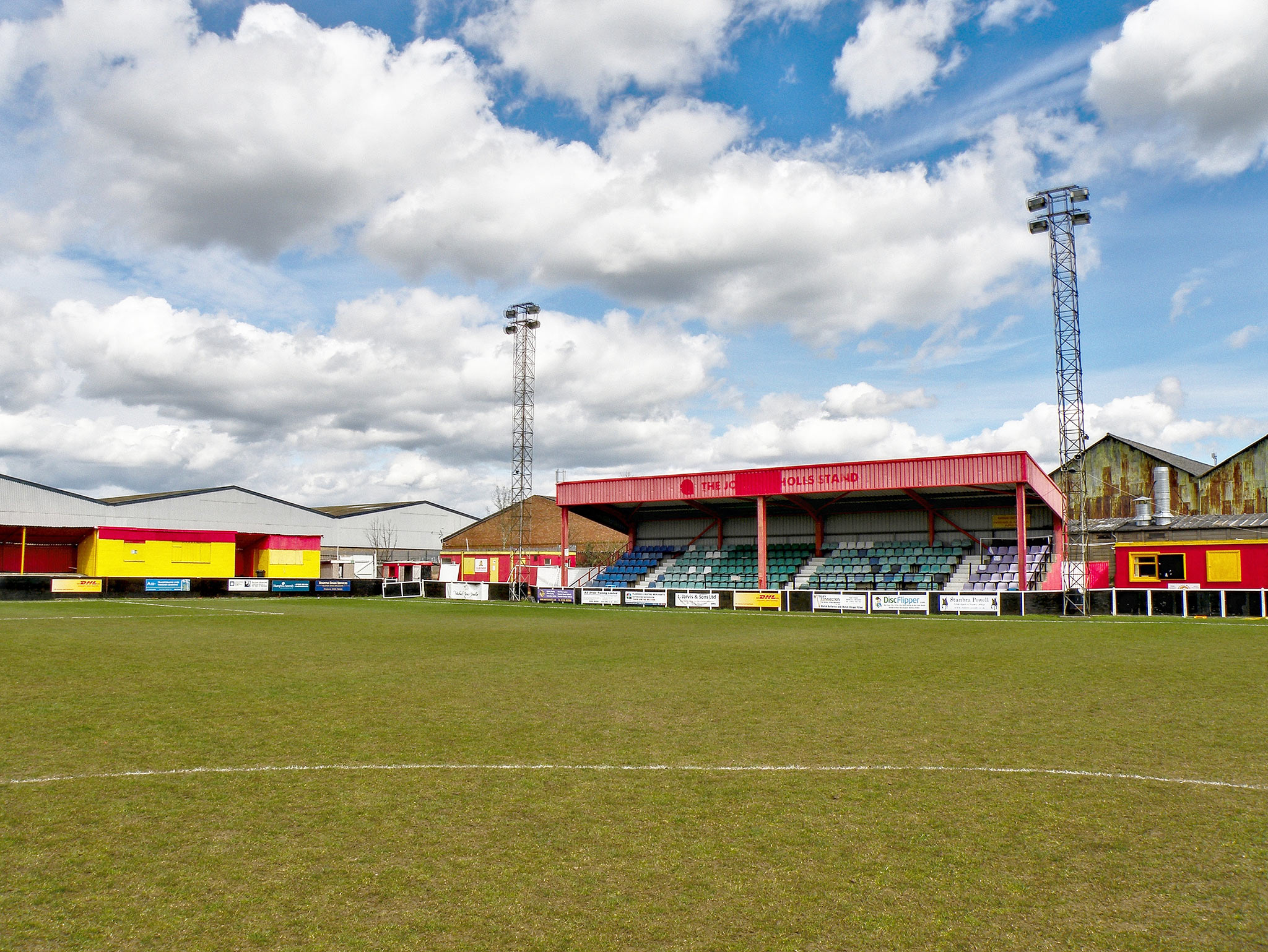 The Holy Blues go into the game, aiming to halt a disappointing start to the season by kick starting the campaign with victory in the FA Cup. Currently sitting 17th in the early table, performances have so far not yielded the points the Trinity faithful perhaps feel would be deserved, but with King determined to turn performances into results, starting with Saturday's game. There is no time like the present to begin a run of positive results.

Should the game on Saturday end in a draw, the replay will be at the Gainsborough Martin & Co Arena on Tuesday evening (10th September 2019) replacing the scheduled visit of Radcliffe. Should either side progress on Saturday, the scheduled tie will go ahead as Radcliffe crashed out of the FA Cup at the hands of Runcorn Town on Wednesday evening.

Supporters are advised to use OX16 5AB for their sat-nav as other advertised postcodes may well take you elsewhere! A few other things to know: It is free to sit in the stand, there is hot food available in the Clubhouse & parking at the ground is free. We are also advised that due to a function in the Clubhouse in the evening, the bar and main clubhouse room will close at 6.00pm.

Note that due to the main station car park now having an ANPR system, Chiltern Railways can no longer offer us part of their car park for free use when we have larger than normal crowds expected, although there is other free car parking in the vicinity.

Let's get as many supporters as possible to Banbury, to cheer Liam King's troops to victory - and like Liam wants... see Gainsborough Trinity in the hat on Monday for the Second Qualifying Round of the 2019/20 Emirates FA Cup.