Gainsborough Trinity boss, Curtis Woodhouse has moved to secure his seventh signing as manager, with the signature of highly rated forward-cum-winger Josh Batty from BetVictor Northern Premier League South Eastern Division, Cleethorpes Town. Batty previously played for the club under Steve Housham as he looked to establish himself at first team level. Time away has helped Josh, now 24, who was originally released from the professional game by Doncaster Rovers has enjoyed spells at Winterton Rangers and Hall Road Rangers, before making the step up to Cleethorpes where he scored twenty goals in 45 competitive outings in his first season.

The boss hinted that the latest capture will once again, excite the Trinity supporters, "I’m delighted to welcome Josh Batty into the squad, again another player that ticks all the boxes. Quick, energetic and lots of scope to improve. Josh has bags of talent and a real eye for a goal, he also works his socks off which I like in my front players. I think he’s going to be a big hit with the fans and will add real competition in the forward areas. With Gav, Ross, 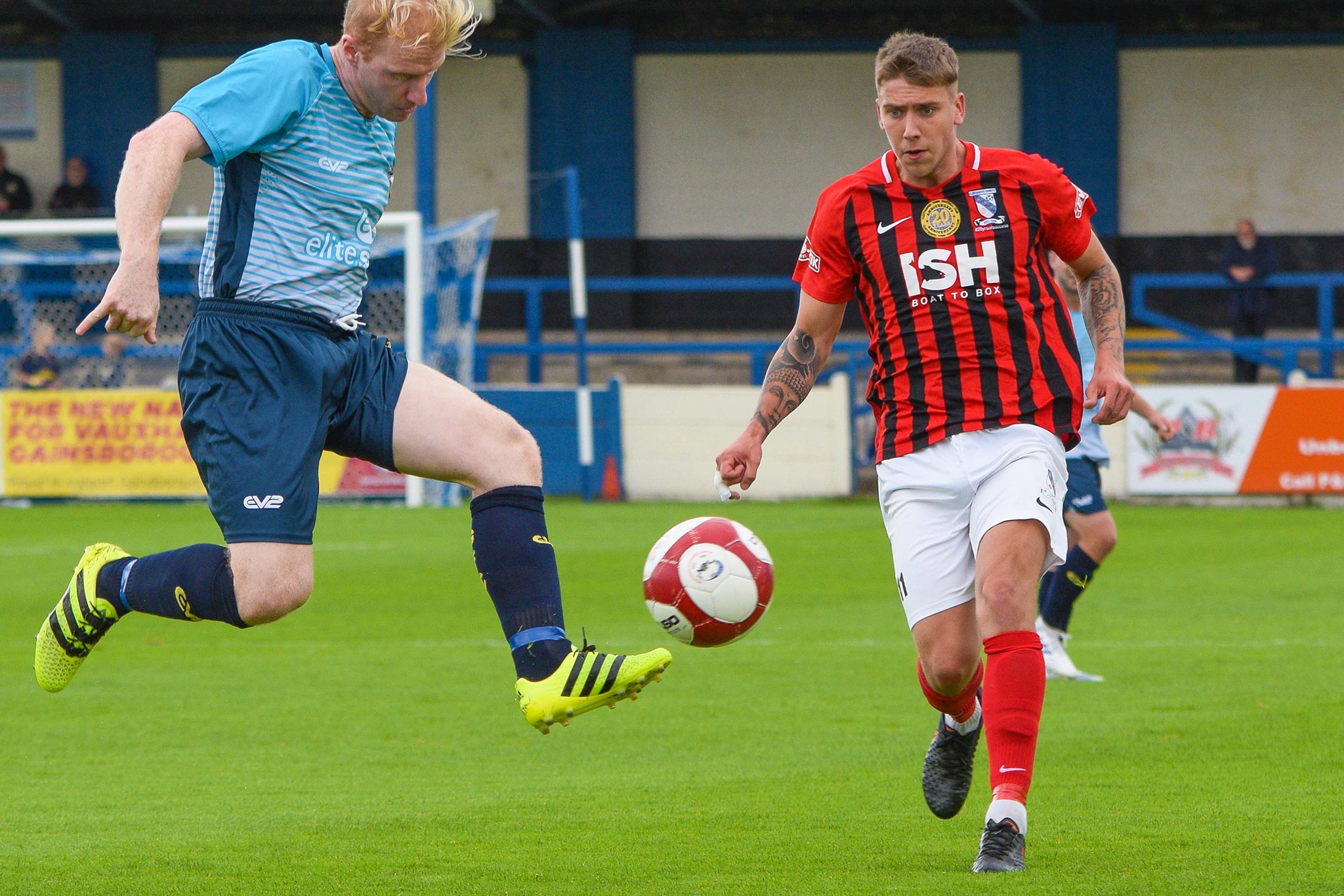 Mitchell, Curtis and Brodie and now Josh we have plenty of options and every one of them brings something different which is great."

Again, looking to make strides up the leagues, Josh Batty is keen to join the Woodhouse Revolution, he hasn’t played with the boss before, but the two have certainly locked horns on more than one occasion,

"I’ve known the gaffer by playing against him through the years. I’ve never played under him, so I’m looking forward to working with him. The season has been good so far. Cleethorpes have been really good to me and there weren’t many clubs that would have made me leave, but the opportunity to come to Trinity and play was too much to turn down."

A pre-requisite of a Curtis Woodhouse signing is to be hardworking, Batty certainly classifies himself as that, "I’m a hard-working winger with an eye for goal. I look forward to getting out there and showing the lads and supporters just what I can do for the side. The main thing now, is I want to help the club going forward and getting back up the table where they should be. I have a lot to prove and I’m looking forward to the challenge!"

Welcome back Josh, it’s good to have you here! May you hit the ground running, and enjoy your time back in Gainsborough Trinity blue!