This week sees Trinity back in FA Trophy action as they try to rectify last years loss to Tamworth. This game comes a round later than last years tie which was a one-sided affair as the Lambs ran out 3-0 winners in the replay after a 0-0 draw. Tamworth have been in fine form recently finding them sitting top of the BetVictor Southern Premier Central Divison, having only lost three games all season.

In the last round the Lambs came away with an emphatic 4-0 victory. They found themselves two goals to the good at half time and were clinical in the second half on a dull day on their 3G surface, beating Leiston, a team at the same level. A team Rushall Olympic also convincingly despatched of. Trinity will be without Ashley Worsfold for the first time after his four-figure sale to league rivals Basford United. The forward, with 6 goals this campaign, only had six month 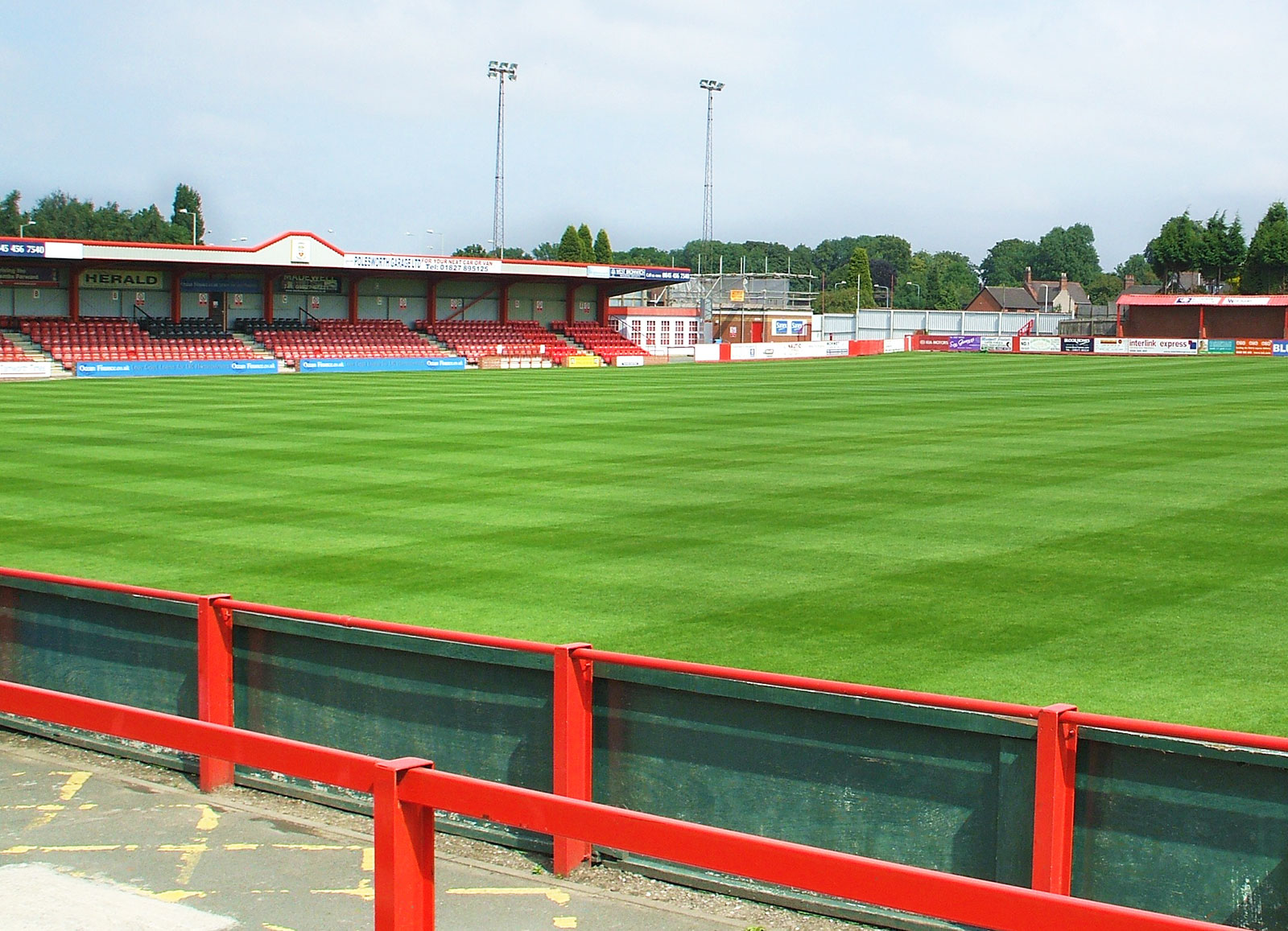 s remaining on his current deal.

This led the way for Curtis Woodhouse to continue to shape his squad, signing centre back James Williamson, who joins from Tadcaster Albion having been ever present in their side at the start of this season. That makes it six new recruits since Curtis Woodhouse took over at the helm, Williamson added to Mitchell Dunne and Micheal Williams from Sheffield FC, Billy Chadwick from Hull and Guiseley duo Will Thornton and Lloyd Allinson.

Woodhouse has a full squad to chose from for tomorrow’s game, giving him a positive selection headache after a good 2-2 draw at FC United last weekend. The manager has given fighting talk before Saturdays game after more positives signs at training this week. "Again we go into the game as underdogs, as we did last week. We’ve prepared well, so bring it on. We respect everybody but fear no one."

Trinity fans are welcome at the King's Ditch Micropub at 51 Lower Gungate, Tamworth B79 7AS. It is open all day Saturday from 12 noon and will be serving Real ales, real ciders, gins, wines, soft drinks, tea, coffee and cold snacks, with children being allowed until 7pm, while it's just a 15 minute walk from the football ground.

The game will not be segregated and turnstiles will open from 1:30pm. There will be a minutes silence with it being Remembrance Weekend. Due to the game marking Remembrance Day, Current and ex-Servicemen & Women are welcome to watch the game for free, with the correct documentation. For further clarification, please contact tomorrow's hosts.

There could be a replay if needed and it would be on Tuesday 12th November with our usual admission prices. If you can, please get down to The Lamb Ground and cheer the Holy Blues into the next round of the FA Trophy, your support as always, is always recognised and appreciated.