It's Friday! And that can only mean one thing. Tomorrow is match day. Not just any match day though, Curtis Woodhouse's first home game in charge as the Holy Blues welcome Morpeth Town to the Martin & Co Arena in the BetVictor Northern Premier League. Woodhouse, who has been busy shaping his Trinity squad has so far overseen three away games, a 0-4 victory over Dunston in the FA Trophy and a 3-5 win over Tamworth in the next round.

These games sandwiched a credible 2-2 draw with play-off chasing FC United of Manchester in his only league game to date. Seven new signings will potentially be on show tomorrow as his new look side look to climb the table and move away from danger at the foot of the Northern Premier. Attackers Josh Batty and Mitchell Dunne, midfielders Billy Chadwick, Michael Williams, centre back pair James Williamson and Will Thornton and finally, goalkeeper Lloyd Allinson will all b 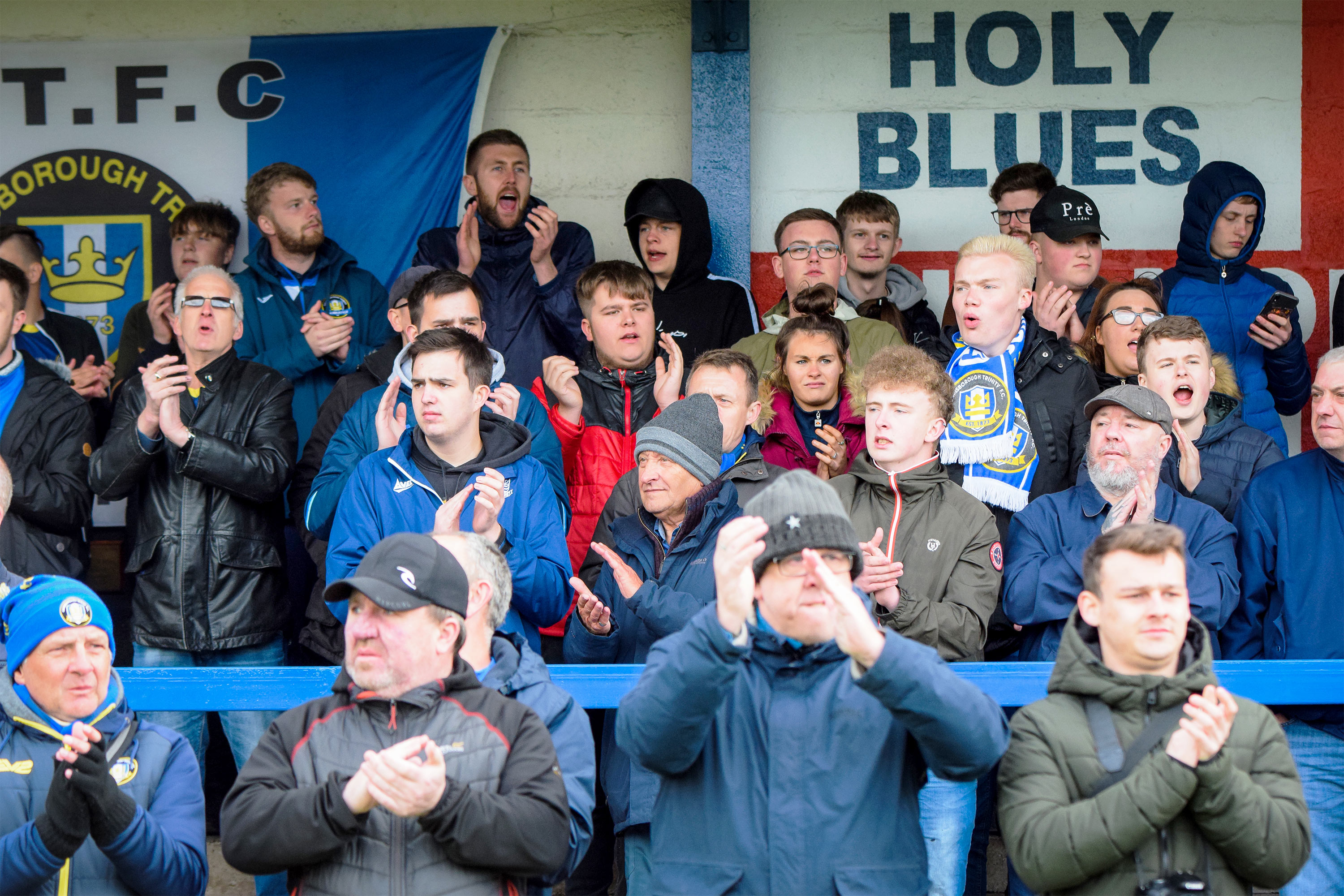 e vying to make their home debuts in the coming weeks.

The boss was undoubtedly excited about the prospect of his first game at the Martin & Co, as he revealed, "I am really excited about tomorrow, my first home game as Gainsborough Trinity manager. Hopefully we can get a bumper crowd. I’m hoping from the outside people have looked in and seen how many goals we have scored away from home and heard about the exciting brand of football we are now playing and can now come along and witness it tomorrow."

"Tomorrow is a really important game against a good Morpeth side. Possibly our toughest test yet, so we will really need all of your backing to roar us over the line. The lads are in good form and trained brilliantly again this week, so are ready. No excuses. We’re ready to rumble!"

Morpeth, as Curtis points out, will be no push over, currently sitting in a somewhat false position, sitting in sixteenth position with 16 points, having played six games less than many of the other teams in the divisions. One of the North East non-league sides on something of an upward trajectory, the Highwaymen, formed in 1909 have enjoyed a lot of recent success under current boss Nick Gray, with him having recruited well to supplement his squad in the summer.

The stage is all set for a fantastic occasion, Morpeth perhaps haven’t travelled as well as they would have liked, but will still provide a stern test as Curtis Woodhouse’s Gainsborough Trinity look to gain some momentum and push on up the league. A pitch inspection is due at 8.30, though early indications are positive and we are confident of getting the go ahead. Any changes to this will be posted across our social media promptly. Come along and join us, kick off at 3pm. Whatever your persuasion, we are sure you will enjoy the football on offer!

Also, please don’t forget, we are running our ‘Can from a Fan’ initiative, which is supporting our fantastic Gainsborough food bank . All tinned donations will be greatly received, with a drop off point just inside the turnstiles. Please help to support a great cause!