October Player of the Month: Russell

Simon Russell is Gainsborough Trinity's October Player of the Month in the BetVictor Northern Premier League, sponsored by Bowland's Brewery. A string of 100% performances in true Simon Russell fashion was a regular highlight of an otherwise disappointing month for those of a Holy Blue persuasion. Goals against Bamber Bridge and Basford United (added to a 90th minute equaliser against Mickleover Sports at the end of September) saw Scholesy score three in three from the middle of the park, showing there is still goals in the midfielder's boots.

Now with more than 200 appearances for the club, Russell shows no sign of allowing his standards to drop, and is photographed above being presented with his award with director, Darren Ashley. Congratulations Si, here's to many more top performances! 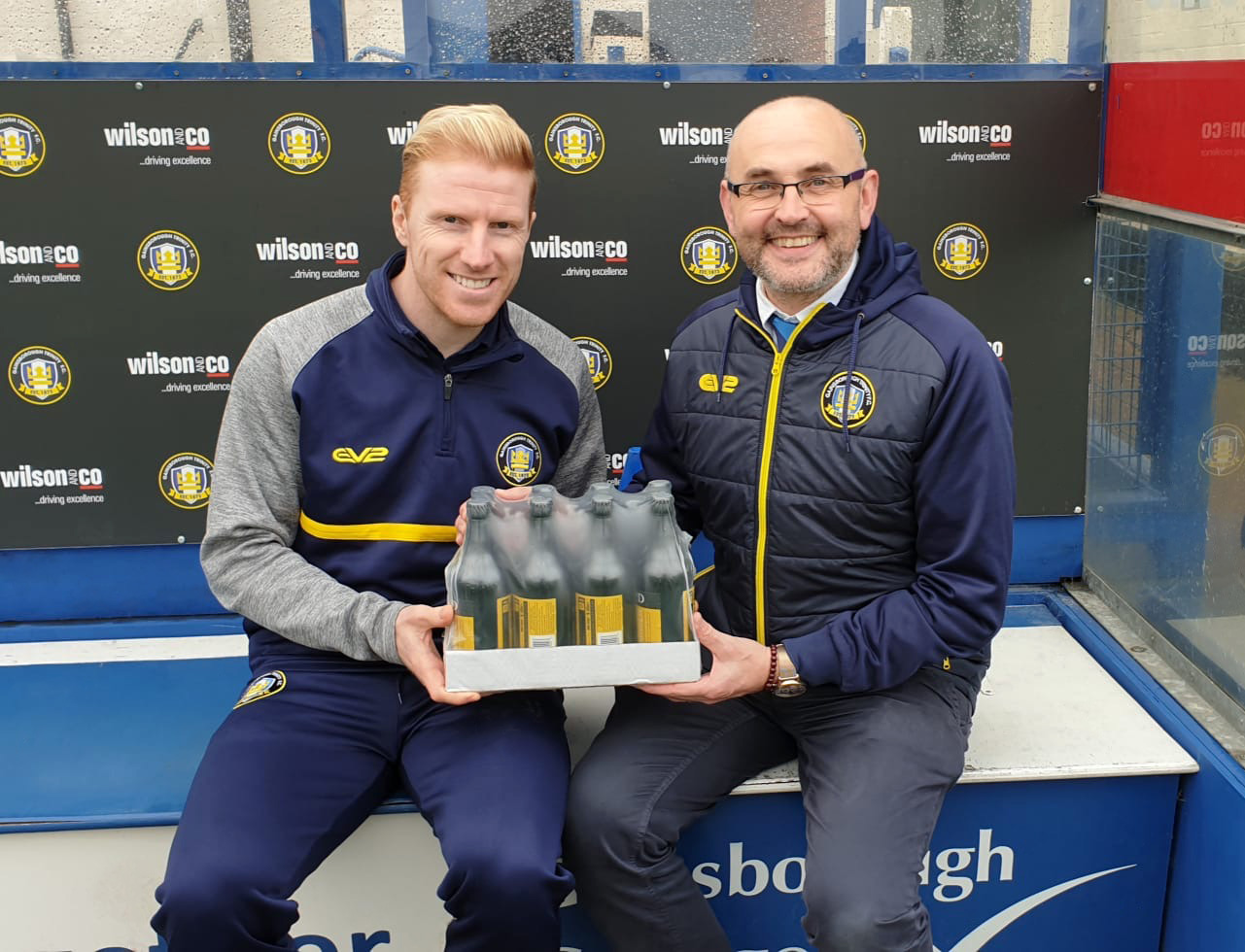