Gainsborough Trinity are at home this Saturday (7th December), as we welcome Scarborough Athletic to the Martin & Co Arena in the BetVictor Northern Premier League, kicking off at 3pm. Two relatively new managers are eager to make an impression at their respective clubs; Trinity (21st) will be looking to secure the points to move ourselves out of the relegation zone, while the Seadogs (14th) sit eleven points above the Holy Blues.

Last time out for the visitors, they overcame their local rivals Whitby Town by two goals to one. Gainsborough however, had to sit it out a week ago, the Northolme caught by the icy snap and despite the best efforts of Woody (Groundsman, Jon Wood) the pitch was frozen along the Carlisle Street stand side. Scarborough are expected to bring a healthy contingent, but we are pleased to announce that segregation will not be in operation for this fixture. And we look forward 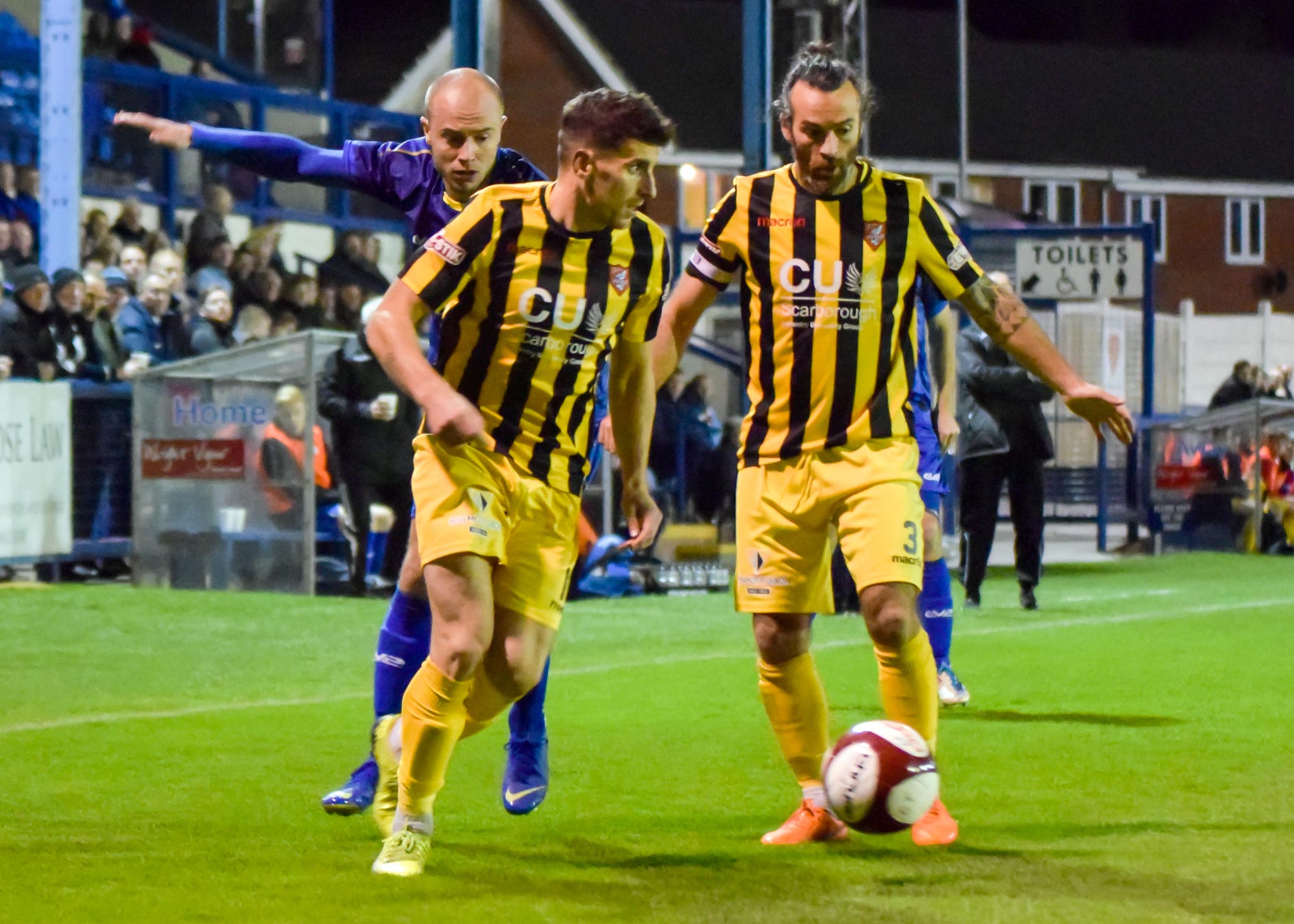 to a warm and friendly atmosphere between the two sets of supporters, watching what promises to be an entertaining advert for BetVictor Northern Premier League football.

Curtis Woodhouse could hand debuts to Micheal Williams, George Green and Declan Bacon. Williams has had a long wait, having signed from Sheffield FC, whereas (George) Green was poised to make his bow in the postponed Stalybridge Celtic game. The final one of the trio, Dec Bacon, signed on Thursday for an undisclosed fee from Alfreton Town; a move brought about as Gavin Allott opted to leave the Holy Blues, choosing instead to join Maltby Main of the NCEL Premier Division.

Prior to Saturday's game, Woodhouse enthused: “We’re looking forward to getting back into action this Saturday after being called off last week, which was a little bit disappointing as the lads trained really well. We’ve got a really tough game on Saturday against Scarborough. Darren Kelly going in as new manager will make them stronger, as they did look in freefall to be honest until Daz came up. They got a great win last Saturday, which I went to watch against Whitby, and they played really well. They’re a real threat going forward so it’s going to be a tough game. I expect it to be an open game, plenty of goals, and hopefully we can come out on the right side of it. Get behind the lads; it’s going to be a tough one again. We need the fans behind us and hopefully we can get a positive result." Listen to the interview in full above.

Admission for the match is priced at £12 for adults, £8 for concessions and £4 for under 16’s (under 3 free). As mentioned above, segregation will not be in operation for this fixture. Get yourselves along and be a part of the Trinity family. Your support as always is massively appreciated!