Curtis Woodhouse has today completed the signing of 24 year old forward Declan Bacon for an undisclosed fee from Alfreton Town. An exciting forward, who joined The Reds last summer having plundered 45 goals for Bottesford Town of the then Northern Counties Eastern Premier League side, Declan alerted many potential suitors. Having spent eighteen months at the Vanarama National League North side and a couple of spells on loan (at Mickleover Sports and Saturday's opponents, Scarborough) the striker has continued progressing his development, but will now look to make the Gainsborough Trinity number nine shirt his own.

Speaking of his latest capture, Woodhouse exclaimed: "I've liked Dec Bacon for a long time. He is a really good signing and will suit the way we want to play; something we haven't had. He's got real pace down the middle - game changing pace. He plays off the shoulder of the last man, quick, good movement. I'm sure he will be a really big hit for us not just this season, but next as well. To get his signature for us is a really big boost, he is thought really highl 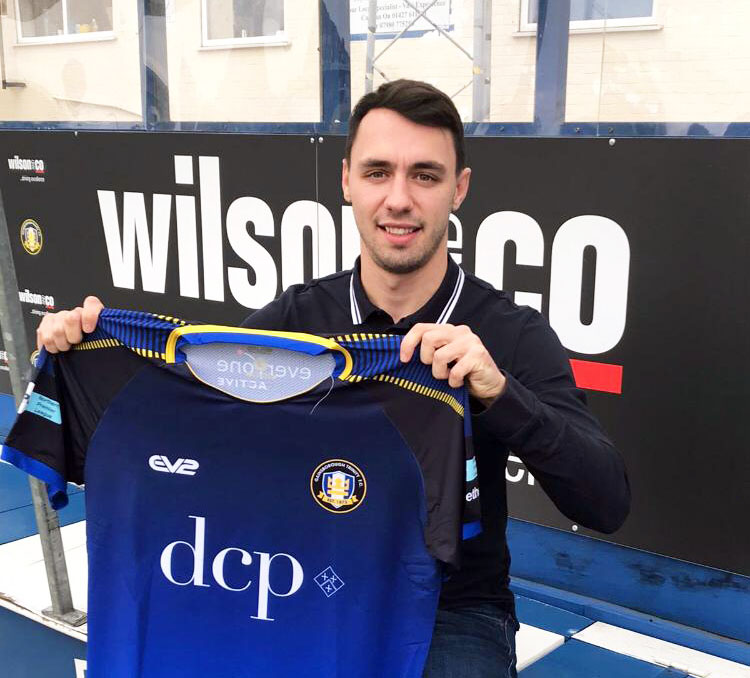 y of by a lot of people. He will go straight into the squad for Saturday's game."

Welcome to the club Dec, and here's to seeing many goal celebrations in the Blue of Gainsborough Trinity.